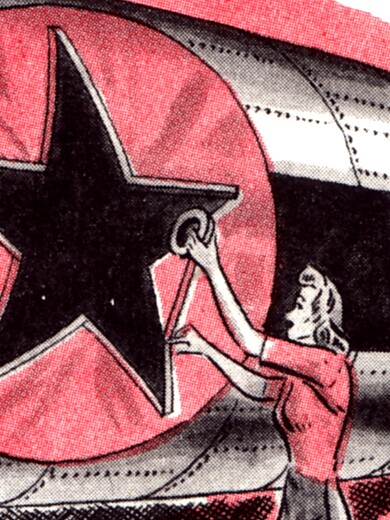 During World War II, the U.S. military used hundreds of thousands of miles of duct tape on tanks, planes and ammunition.
Our Heritage
J&J Lightbulb Moment

The iconic product has been around for 75 years. Learn about the "aha" moment that sparked the idea for its creation, the U.S. president who pushed it forward—and how Johnson & Johnson helped bring it to market.

rom home repairs to camping to art projects, duct tape has thousands of uses. Seventy-five years after it was first created by a Johnson & Johnson operating company, it’s hard to imagine life without this product—which is still so popular to this day that it even has its own fan website and festival.

The iconic tape was invented by an Illinois mom named Vesta Stoudt who wanted to save soldiers’ lives in World War II. The year was 1943 and Stoudt, who had two sons serving in the U.S. Navy, was working at the Green River Ordnance Plant near Amboy, Illinois.

“She noticed that the boxes of ammunition she was packing and inspecting had a flaw,” explains Margaret Gurowitz

Margaret Gurowitz,Chief Historian, Johnson & Johnson, Johnson & Johnson's Chief Historian. “They were sealed with paper tape, with a tab to open them. Workers then dipped the entire box in wax to make it waterproof. But the paper tape was very thin, and the tabs often tore off, leaving soldiers frantically trying to open the box while under fire.”

“The military called the waterproof, cloth-backed, green tape 100-mile-per-hour tape because they could use it to fix anything, from fenders on jeeps to boots.”

Stoudt had an “aha” moment: Why not create a waterproof cloth tape to seal the boxes instead? She suggested it to her supervisors but didn’t find the support she was looking for. So Stoudt did what anyone would do: On February 10, 1943, she wrote a letter to President Franklin D. Roosevelt outlining the problem and her solution, complete with diagrams! 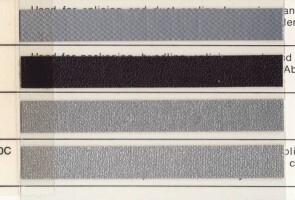 Samples of early duct tape from a Permacel reference book

President Roosevelt was so impressed that he passed her letter on to the War Production Board, which mailed a letter to Stoudt letting her know that her idea for duct tape had been approved. The board then asked the Industrial Tape Corporation (it later became Permacel)—then a Johnson & Johnson operating company—to make the product because of its demonstrated expertise in producing adhesive tapes. The rest is duct tape history.

“The military called the waterproof, cloth-backed, green tape 100-mile-per-hour tape," says Gurowitz, "because they could use it to fix anything, from fenders on jeeps to boots.”

Fact: To this day, soldiers still use duct tape to do everything from repair equipment to patch footwear.