The Gift of Giving Back: 3 Amazing Johnson & Johnson Employees Who Are Making a Difference in Their Communities

Share
From acting as a “godmother” to young refugee boys in Finland to spearheading a program to provide free 3-D printed prosthetic hands to people in need throughout Asia, these employees are a force of good. For International Volunteer Day, we're sharing their inspiring stories.
By Susan SegrestDecember 04, 2017
Today's Top Reads Close
H

elping others is embedded in Johnson & Johnson’s DNA, from mobilizing to provide aid after natural disasters to giving employees paid time off to pursue volunteer projects.

So in the spirit of the holiday season, we're sharing three powerful stories of employees across the globe who have gone above and beyond to give back—and who've gotten so much in return.

Providing 3-D Printed Hands to People in Need in Asia

Lei fist-bumps her dad with her colorful prosthetic hand

Kai Lei, a 6-year-old girl from Malaysia, was born without fingers on her left hand. Thanks to Jayesh Joshi

Joshi's journey to Lei began in April 2015, when he read about a boy whose life had been transformed with a 3-D plastic prosthetic hand that was created for $40.

“It was such an inspiring idea that I wanted to find out more,” says Joshi, who emailed e-NABLE, the organization behind the new hand he'd read about, and soon began volunteering with them.

After reaching out to senior company executives about the potential for creating limbs to donate, Joshi created a small incubation team under Procurement Cares in Singapore, a global Johnson & Johnson volunteer initiative. The team's first recipient was Lei.

In China, employees have since made hands for 25 people using advanced 3-D printers. And Joshi and others are working with e-NABLE and AarogyaSeva to do similar good works for people in need of limbs in India.

Lei's parents had been searching for a solution since she was born, but the options were either cost prohibitive or invasive, such as taking part of her foot to use on her hand. Thanks to 3-D printing technology that the company was already using, Joshi and his team were able to print a hand in her favorite colors, which she began using immediately. 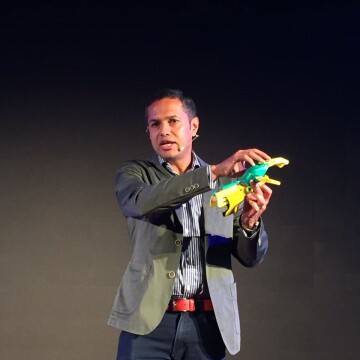 Joshi gives a presentation about his volunteer project

With this success story under his belt, Joshi challenged others in the company to expand on the work his team had started in Singapore—and colleagues responded in a big way. In China, employees have since made hands for 25 people using advanced 3-D printers. And Joshi and others are working with e-NABLE and AarogyaSeva—an organization that sends doctors and nurses to impoverished areas—to do similar good works for people in need of limbs in India.

The Power of 3-D Printing: How This Technology Is Blazing New Medical Frontiers

And he's not stopping there—Joshi also wants to improve what the 3-D printed limbs can do. “We want to explore the possibility of more weight-bearing solutions since these hands can't do that now," he explains. "Johnson & Johnson specialists can play a powerful role volunteering advice on how these limbs can be made in different ways.” 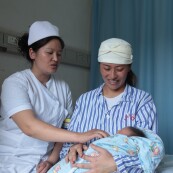 Becoming a “Godmother” to Young Afghan Refugees in Finland 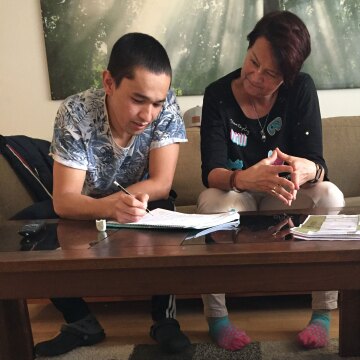 Viitala helps one of the refugees she's mentoring with his homework

A year ago, while doing some volunteer work, Ritva Viitala

“The boys had been in Finland for about a year and couldn’t speak Finnish very well. But even though they were timid in the way they spoke, I got a good feeling from them the moment we met," she says. "The refugee crisis is a huge problem in Europe, and I wanted to find a way to help."

So she connected with the refugee organization, went through induction and an evaluation by a social worker and, this fall, began mentoring those same five Afghan boys, who range in age from 16 to 18.

The boys live together in an apartment and go to school with support from the refugee organization.

They came to Europe without their families, and don’t have many adults in their lives. I want to become someone they can trust and be part of their support network. I think of myself as something of a godmother to them.

“They came to Europe without their families, and don’t have many adults in their lives," says Viitala. "I want to become someone they can trust and be part of their support network. I think of myself as something of a godmother to them."

For now, that means taking baby steps and building relationships. A couple of times a month, she goes to visit them with her dog. On her first outing, she helped one boy with his homework, while the rest of the boys cooked dinner and played with the dog.

And they talked. A lot. About religion and dating and language. “Finnish people don’t hug,” says Viitala, “but when I left, they gave me a hug. I was really touched.”

Viitala says it’s clear the boys want to be part of Finnish society. “In the long run, I think I can use my professional HR skills to help them find out what they would like to do and what education they would need. To help them learn about their rights and responsibilities."

"But for now,” she adds, “I’m just going to let it evolve naturally and support them as much as I can.”

Translating for the Deaf in Colombia 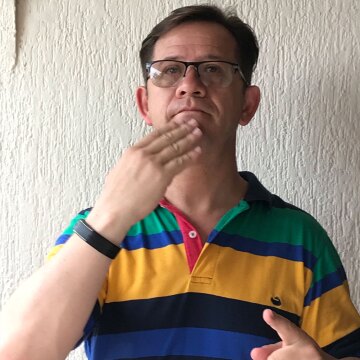 “Here in Bogotá, the deaf community doesn’t have many resources available to them,” explains Toro. “Education is improving, however, and many schools and universities have translators on staff to help give the deaf a chance to study and become professionals. But the students have to fight really hard to be there.”

Toro's own interest in helping the deaf community came about when he was at church and a deaf person came in accompanied by an interpreter. Seeing how the translator helped the student understand “really touched my heart,” says Toro, “and I knew I wanted to learn how to do this.”

He began teaching himself by watching internet videos and reading a sign language dictionary. “After I finished learning the entire thing, I started sharing my time with the deaf community. At first, I didn’t understand anything,” Toro says with a laugh.

There are so many smart, qualified deaf people in Bogotá. They just need someone to give them a chance. I have a dream of starting a program of inclusion for deaf people within the company, so they can have the same opportunities that I have.

Toro interpreting for a blind and deaf person at church

So he signed up for a program that teaches different levels of the deaf language, which he's almost finished completing. “I’ve been working so hard for two years nonstop—always studying and always practicing. I’m not professional yet but I’m working hard to do better every day.”

And he's already seeing the impact of his work. A deaf woman had been attending his church, and when she prayed, she always asked God to find someone to translate for her. With the help of Toro and others, her prayers have been answered.

But Toro wants to go beyond what he’s done so far and help underserved local deaf people get the professional support they need to build satisfying careers.

“There are so many smart, qualified deaf people in Bogotá who have so much to give,” says Toro, “They just need someone to give them a chance. I have a dream of starting a program of inclusion for deaf people within the company, so they can have the same opportunities that I have.”