"I Adopted an Orphan With AIDS": Meet an Inspiring Johnson & Johnson Employee Who Saved a Boy In Need

hen Fernando Salinas was in his 20s and living in Brazil, he felt as though he was constantly searching for his purpose in life.

"I told my therapist, 'Something is missing. I want to do something to give,' " recalls Salinas.

So when he learned that his therapist's father had been volunteering at a local orphanage, Salinas asked for an introduction. Many of the children there, he learned, were HIV-positive.

He began helping the orphanage organize events like its annual Christmas party, and he'd chip in money when there wasn't enough funding to pay the gas or electricity bill. As Salinas volunteered, he got to know the kids and one particular 4-year-old named Ilio stood out.

"Most kids would go to their relatives' houses on the weekends, but Ilio spent that time at the orphanage by himself," he says. On top of that, Ilio was very sick. He developed pneumonia a lot, coughed frequently, was losing weight and no medications seemed to be able to help him feel better.

To show Ilio a world outside of the orphanage, Salinas started taking him on fun excursions for a couple of hours at a time, and that eventually turned into taking him home for the weekends and over Christmas breaks. Salinas had to prove slowly to Ilio, who had experienced abuse in his past, that he wasn't going to hurt him.

"We started developing a strong bond; he got very attached to me," says Salinas. "It reached a point where the orphanage said: Either you have to leave now or take custody of him. That was a big moment for me."

Salinas was living by himself and working full time, and he knew that adopting Ilio and helping him get well would be extremely challenging. 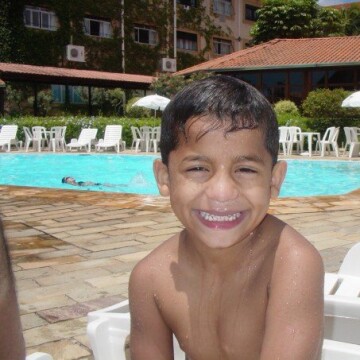 Ilio at age 7 on vacation

But he also knew, deep down, that the experience might be exactly what he had been seeking.

He took custody of Ilio in November 2005, when Ilio was 6 years old, and hired a nanny to help him. "Suddenly I had someone at home waiting for me after work, expecting me for dinner. I had to shift my life and understand my new role," he says.

And this new role was two-pronged: Salinas became part parent and part nurse. He put Ilio on his health insurance plan and took him to a large hospital for further testing. That's when he learned that Ilio wasn't just HIV-positive—he had AIDS. Beyond that, his form of the disease was resistant to several common medications.

The terrifying reality: If Salinas couldn't figure out a way to properly treat Ilio's condition, his son would likely die within a few years.

"The first couple of months after the diagnosis were very intense," he says. Salinas had to quickly research the disease in-depth, contact doctors and navigate a complicated healthcare landscape for a patient who could not advocate for himself.

The terrifying reality: If Salinas couldn't figure out a way to properly treat Ilio's condition, his son would likely die within a few years.

About a year after Ilio came to live with Salinas, he met a woman named Amanda. "We started dating, and because I have Ilio, I told her that if she wanted to date me, she had to take the full package," he says.

But that didn't scare off Amanda. In July of 2007, they got married and formally adopted Ilio.

Around this time, Salinas got in touch with a doctor in London who was using a then-new antiviral drug on patients with HIV-1 infection made by Janssen, part of the Johnson & Johnson family of companies. Salinas worked tirelessly to help get the treatment to Ilio's doctors in Brazil.

It was worth all the effort: Ilio responded remarkably well to the drug.

Later that year, in September 2007, Salinas became even more familiar with Johnson & Johnson when he joined the company as Head of Human Resources for U.S. Medical Devices.

"I couldn't pass up the amazing opportunity to work with a company that can help those in need. I was extremely lucky that I had the education to research drugs and help Ilio, but not everyone has that. I thought: What if I can give that opportunity to others?" he says.

But Salinas' journey wasn't over, not by a long shot. In fact, it was just beginning.

Facing New Challenges as a Family—and Never Giving Up Hope

Last year, Salinas and his family—the couple welcomed twin boys, Lorenzo and Benjamin, in 2008—relocated to New Jersey, where they believe Ilio will have more opportunities to live a full life. 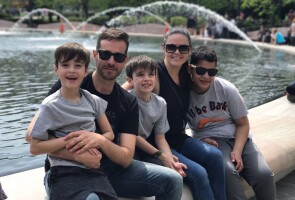 Salinas with his wife, Amanda, and their sons (from left), Benjamin, Lorenzo and Ilio

The good news for Ilio, now 18, is that his HIV symptoms are under control. But his challenges aren't over. Ilio has also developed schizophrenia, bipolar disorder and post-traumatic stress disorder. One of the medications that he takes to help treat his schizophrenia is also made by Janssen.

Complicating matters further, Ilio has had to switch schools a lot, sometimes because teachers still have the misconception that they can "catch" HIV like the flu. And sometimes schools aren't able to help Ilio enough because he has a lot of special needs. At 18, he still has trouble reading and writing, as well as making friends and being in places with a lot of people or stimulation.

I have grown, I have battled, I have passed what I thought were my limits and found the strength to overcome challenges. More than anything, I am grateful to Ilio for having accepted us as his parents and helping us build our wonderful family.

But Ilio finds ways to enjoy himself. He loves playing with Legos, listening to Shakira and Rihanna songs, and running errands with his parents. He's in charge of cleaning up after the family's golden retriever, as well as watering the plants. "We try to find things that make him feel proud and useful," says Salinas.

The influence that Ilio has had on his life is "indescribable," says Salinas.

"I never thought of adopting a child, but the moment I met Ilio, I knew he was my son, and that I would love him and care for him until the end of my days," he says. "I have grown, I have battled, I have passed what I thought were my limits and found the strength to overcome challenges I never thought would be possible. More than anything, I am grateful to Ilio for having accepted us as his parents and helping us build our wonderful family."

Thanks to Salinas and his wife, Ilio has a chance at life.

"We want him to know that no matter what's going on, he's our son," says Salinas. "There's no difference between the twins and him. We never disappear. We keep showing up." 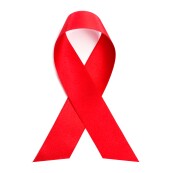