"I'm Living Proof You Can Survive a Brain Aneurysm"

rior to my surgery last year for a brain aneurysm, I wrote my obituary.

I’m a planner, an analytical thinker. I'm also the director of risk management for a credit union in Scranton, Pennsylvania. It's hard to separate your work life from your personal life, so I couldn't help but think about the chances something could go wrong. The artery could rupture while the surgeon was in there trying to repair it. I could have a stroke and be incapacitated.

I didn't want my husband, Joe, to know how frightened I was, so I didn’t tell him about the obituary. I put it in a big envelope, along with smaller envelopes containing everything from my legal power of attorney to account information for my IRAs and 401(k)s. I met with our pastor and planned my funeral, picking out the songs and the readings. I also wrote a note to Joe, explaining how much he meant to me.

I put the envelope in one of my dresser drawers, and told my brother’s wife where I’d hidden it, so she could tell Joe.

Brain aneurysms happen when there's a weak spot in an artery that leads to the formation of an outward, balloon-shaped bulge. As the aneurysm grows, the artery wall can further weaken and burst, which can lead to a life-threatening hemorrhagic stroke.

I’m 56 now, but I had known since my early 40s that I had an aneurysm—and that it would take two separate surgeries to repair it because it was located at the juncture of two blood vessels. When you hear something like that, it really hits you. Two surgeries on your brain.

And I’m a glass-half-empty kind of person, so my natural tendency is to think that everything is going to go wrong. Last October, I had no choice but to finally face my fears and let someone work on my brain.

An Over Decade-Long Waiting Game

It turns out brain aneurysms run in my family.

My older sister occasionally had migraines, so when she got a really severe headache, it didn’t occur to her that it was anything out of the ordinary. Over a few days, her headache intensified and made her sick to her stomach. One day, it was unbearable to the point where she almost collapsed.

At the hospital, an MRI showed she had an aneurysm that had ruptured. She had immediate, invasive surgery—her aneurysm was repaired by clipping off the ruptured artery. It took her a couple of months to recover. My sister was fortunate in that the surgeon got to it in time, and that she didn’t have any neurological side effects.

My sister’s neurosurgeon determined that it could be genetic and recommended that my brother and I be tested to see if we had the same type of aneurysm. My brother did not have it. But I did.

An MRA and a femoral angiogram determined that my aneurysm had grown about 25%. My neurosurgeon convinced me it was time to take action because it had grown to a size that was now dangerous.

At first, the aneurysm was so small it was almost undetectable, so my doctors decided to monitor it, since the risk of operating far outweighed the risk of it rupturing.

Every year after that, I had an MRA (magnetic resonance angiogram), which provides pictures of minuscule blood vessels inside the body and can highlight potential blockages. The growth of the aneurysm was so minimal that I eventually only had to go in every two years.

Then Joe got really sick with giant cell arteritis, an inflammation of the lining of your arteries. He was in the hospital for three weeks, and then incapacitated at home for two more. He’s fine now, but because of that, I skipped going in for my MRA that year, which meant I didn’t have a scan for three years.

When I finally did, the MRA and a femoral angiogram determined that my aneurysm had grown about 25%. My neurosurgeon convinced me it was time to take action because it had grown to a size that was now dangerous.

He explained that my aneurysm, known as a bifurcated-wide neck aneurysm, flowed into two different arteries, and I might need two surgeries to repair it.

The monitoring had gone on for so many years that I had lulled myself into a sense of complacency. Now the thought of surgery actually happening was very frightening.

Surviving Brain Surgery—Thanks to Technology That's First of Its Kind in the U.S.

The procedure to repair my aneurysm took about two hours and involved inserting a catheter into an artery in my groin that was then guided to my brain. Through that catheter, the stent meant to help repair the blood vessel would be routed and placed, and then a tiny coil designed to fill the aneurysm would be inserted.

When I came out of anesthesia and was in the recovery room, my doctor said, “Everything went well. I went in, I’ve repaired it and you’re done.”

I didn’t get it at first. Then he said again, “You are done.”

That’s when it hit me. I didn’t need that second operation to repair my aneurysm.

I later learned that my doctor had used a device—the first of its kind available in the U.S.—called the PulseRider® to help repair the aneurysm.

My doctor explained that the problem with treating the kind of aneurysm I had is that it can be difficult to keep the coil in place because of its location at the intersection of two arteries. But the new device was specifically designed to help doctors place it in the right spot during surgery, and support and stabilize the coil once there.

It’s amazing how medical technology has improved since my diagnosis more than a decade ago. It's still hard to believe that, after having a procedure on my brain, I was back at work the next week.

Although it's been almost a year since I had the surgery, I’m not completely out of the woods. Once you have an aneurysm, there’s a chance you could develop another one, so I’ll continue to be monitored.

But after so many years of testing and worrying about my aneurysm, it still feels as if a big weight was lifted off my shoulders. Even for a glass-half-empty person like me.

PulseRider Aneurysm Neck Reconstruction Device can be used to treat limited types of aneurysms as a humanitarian use device. The effectiveness of this device for this use has not been demonstrated. Learn more about PulseRider, including product and patient disclosures. 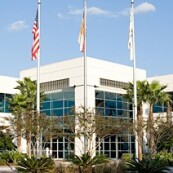