Share
Since 2001, Johnson & Johnson has helped support the Aga Khan University’s School of Nursing and Midwifery. As its latest group of students starts class this week, we sat down with a trio of alumni who are now giving back to their local communities in major ways.
By Michele ShapiroAugust 08, 2017
Today's Top Reads Close
I

n many developing countries today, the heroes of healthcare are nurses. In fact, in East Africa, they make up 85% of the healthcare workforce—but the region has struggled to develop and retain enough trained nurses.

To help remedy the situation, the Johnson & Johnson Corporate Citizenship Trust struck up a partnership in 2001 with the Aga Khan Development Network (AKDN) to help give students in need the chance to attend Aga Khan University’s School of Nursing and Midwifery (AKU SONAM) in Nairobi, Kenya; Dar es Salaam, Tanzania; and Kampala, Uganda.

"The partnership supports not only nurses and midwives through scholarships and training, but also the communities they serve upon graduation," explains Benjamin Davies

One key to the program's success is that it allows students to study part time, so they can continue to work while earning academic credit.

Sixteen years later, the alliance is still going strong. To date, more than 2,200 students have graduated from the program—and 90% have gone on to make great contributions to their local communities in East Africa.

We caught up with three such alumni to see how their AKU SONAM education helped prepare them to take on some of the biggest healthcare challenges in their communities. 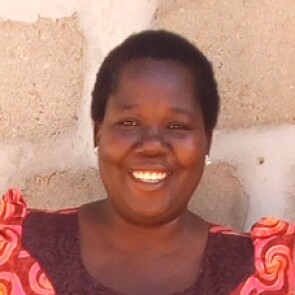 The mother of two had worked in various departments at Mkomaindo Town Council Hospital in Tanzania before applying to AKU SONAM’s Nursing and Midwifery program. The sense of accomplishment she got from working with newborns in the maternity ward there inspired her to take her education even further and pursue a bachelor’s degree at the university, which she received in 2010 through AKU SONAM’s Distance Learning Program, which enabled her to complete most of her coursework at a regional center near her home.

Today, Hamisi, 44, is in charge of the neonatal intensive care unit (ICU) at Mkomaindo Town Council Hospital, where under her watch, infant deaths have gone from 19% a year to less than 5%.

Before she stepped into the role, “babies, regardless of their condition, were handled in a general ward,” Hamisi says, adding that there was no regular follow-up on premature and sick babies once they were discharged. 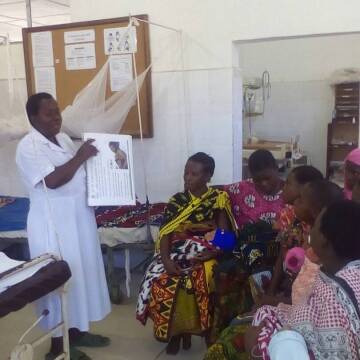 But thanks to the leadership skills that she acquired at AKU SONAM, Hamisi saw to it that changes were implemented, such as requesting that additional nursing staff be hired to care for sick and premature infants, arranging for emergency management training and implementing a Newborn Triage Checklist that could be used to assess problems within 10 minutes after delivery.

Hamisi admits that the day-to-day stress of her job can take its toll, but she runs her department much like a coach motivates players. “I try to create a team spirit among my colleagues," she says, "as well as encourage cooperation from the mothers and relatives of the infants we treat.”

And Hamisi is just getting started: She wants to now earn a Ph.D., with the goal of continuing to improve the care newborns receive in her region. “I want to have an impact both on the hospital where I work and the community,” she says. 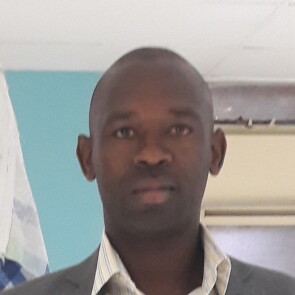 When Joseph Mworo Nduati decided to pursue a career in nursing—a predominantly female profession in his native Kenya—his parents were supportive of the decision. “One of my uncles was a nurse in the military,” he explains. “My father and mom knew he was doing well and was able to sustain a family on his income.”

Nduati’s interest in the field stemmed from his community’s lack of a hospital or clinic. “Growing up, I had to walk a lot of miles to access healthcare,” he recalls.

Fast-forward to this year: Nduati just received a Bachelor of Science in nursing from AKU SONAM. For three years, he attended classes two days a week, while also working as a nursing officer in the critical care department of Kenyatta National Referral Hospital, where he has been employed for the last decade.

Through research that he conducted, Nduati developed a new treatment for ventilator-associated pneumonia that significantly reduced the incidence of the condition at his hospital’s ICU.

“I chose Aga Khan because other schools demand that you be there four days a week and quit your job,” he says, adding that the support he received from the Johnson & Johnson Corporate Citizenship Trust also made it possible for him to be able to afford getting his degree.

And that support is already paying off: Through research that he conducted at AKU SONAM, Nduati developed a new treatment for ventilator-associated pneumonia (VAP) that significantly reduced the incidence of the condition at his hospital’s ICU.

A native of Kiambu County, Nduati, 37, still resides there with his wife, 8-year-old daughter and 3-year-old son. And when he’s not working at the hospital, he operates a private clinic in his community. “Giving back is important,” he stresses. “I want to keep working hands-on with patients, and make changes.”

Nduati hopes to go back to school to earn an advanced nursing degree, but in the meantime, he wants to expand his VAP treatment program to the pediatric ICU at his hospital.

“I like new challenges,” he says. “AKU SONAM helped me to think critically and find solutions to problems.”

Before Safinah Museene Kisu was appointed to the position of commissioner of BTVET (Business, Technical, Vocational Education and Training) at Uganda’s Ministry of Education in April, she’d served as the principal at four different public nursing schools. 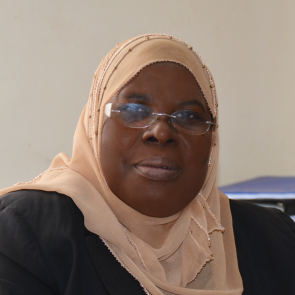 And she credits Aga Khan University, where she received a Bachelor of Science in nursing in 2006, for her meteoric rise in the education ranks.

7 Heroes of Healthcare Share: “My Proudest Moment as a Nurse”

Kisu, 46, who is among about 100 university alumni who currently hold leadership positions in government, nursing regulatory bodies and nursing schools, first learned of Aga Khan through a friend.

“She told me it was an opportunity to upgrade myself beyond the master's in medical education I already had,” Kisu recalls. The best part? She could continue to work as a classroom tutor at the Mulago School of Nursing and Kampala International University. “Other universities didn’t have a program that could accommodate people who are working,” she says.

Kisu believes that AKU SONAM’s curriculum, which emphasizes critical thinking, collaborative problem-solving and leadership development, made her a more effective principal and now commissioner. “It was innovative training," she explains. "Everything was made to be done in a structured manner, following a certain standard.” 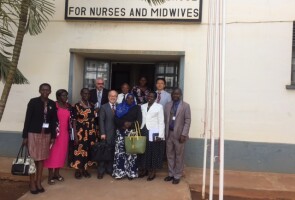 In her current role, Kisu oversees nursing and midwifery schools in her region, along with other health training, technical and business institutions. She often swaps notes with other Aga Khan University alumni, including Uganda’s acting Commissioner of Nursing, Catherine Odeke. “We set up a group so that we can provide better service in the nursing sector together,” she says.

That includes joining forces to help combat the biggest health challenges in the region: noncommunicable diseases, such as hypertension, cancer and diabetes; as well as HIV/AIDS and malaria, the leading cause of death in Uganda.

“One of the most important things I learned at Aga Khan is persistence and perseverance,” Kisu says. “Whatever it takes, you must persevere.” 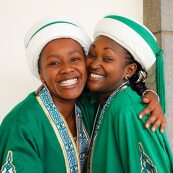