Share
They share one thing in common: a goal of transforming the way illnesses are treated in the most forward-thinking way possible. Meet three innovators whose ideas could someday change the future of healthcare.
By Alice OglethorpeJanuary 02, 2017
Today's Top Reads Close

Zika. Ebola. Alzheimer's. Cancer. When you think about the pervasiveness of viruses and diseases like these, does a future world without them sound like an impossibility?

Truth is, history is full of medical innovations that have saved countless lives and gotten us close to wiping out deadly diseases like smallpox and polio. With this spirit in mind, Johnson & Johnson Innovation JLABS and Janssen Research & Development recently held a World Without Disease QuickFire Challenge.

The Power of Human-Centered Technology: 4 Johnson & Johnson Innovations That Could Help Revolutionize Your Health

The goal: find up-and-coming scientists, companies and entrepreneurs from around the world with the most inventive approaches to helping solve today’s pressing healthcare needs.

Nearly 500 proposals in 37 countries came in, and of those, three entrepreneurs were ultimately chosen to receive $500,000 in grant money to help move their passion projects forward—just in time for the new year.

Read on to see how their forward-thinking big ideas could possibly save your life one day.

The Big Idea: A Pill That Might Someday Help Reverse Type 2 Diabetes and Obesity 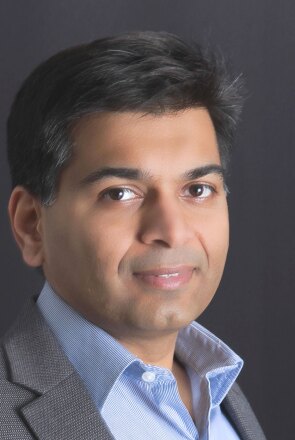 My winning innovation is …
We are creating a pill you can take that could potentially reverse type 2 diabetes and fight obesity—two of the biggest health issues facing the world.

In people with type 2 diabetes, the body develops insulin resistance that results in high glucose. This requires the pancreas to produce more insulin until there's none left.

Our pill works by creating a lining in a portion of the small intestine that's involved in glucose regulation. This prevents the food you eat from coming into contact with the intestinal cells in a specific region of the gut, allowing the pancreas to maintain normal blood glucose levels while releasing smaller amounts of insulin.

I got the idea from …
There are already two existing procedures that can help the body reverse diabetes and lose weight. The first is gastric bypass surgery, and the second is having a sleeve implanted in a portion of your small intestine that creates a barrier between the intestinal wall and the food you eat. We don’t yet know the exact mechanism of how these procedures impact glucose regulation and insulin production, but they do have long-lasting effects on diabetes control and weight loss.

So this got my team at the Johns Hopkins Center for Bioengineering, Innovation and Design thinking: What could we come up with that would mimic this barrier without requiring an invasive procedure? The answer was in the form of a pill.

This is a real passion of mine because …
As a physician, the majority of my patients have type 2 diabetes or some other form of metabolic syndrome that results in severe long-term health implications, as well as a significant cost burden.

Moreover, as a gastroenterologist, I’ve always been fascinated by how the gut regulates diabetes and obesity. It is well known that if we can attack obesity and diabetes, we could have a significant impact on reducing other associated conditions, like fatty liver.

The grant will help me …
We are continuing to refine our technology, so we will be using this grant money towards that. We plan to begin clinical trials in the near future to investigate how our technology impacts people with diabetes and obesity.

I lost two grandparents to Alzheimer's. Knowing that there is the potential to help prevent others from having to go through that is what drives me.

The Big Idea: A Test That Could Detect Alzheimer's Before the Onset of Symptoms 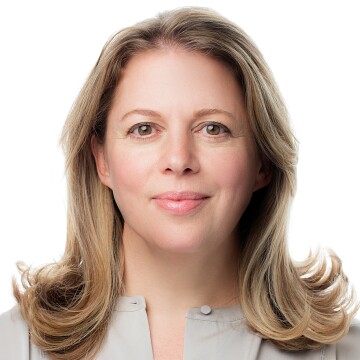 My winning innovation is …
We have created a five-minute online test that can help determine your risk for cognitive decline long before symptoms appear. It uses eye-tracking technology to assess the health of your hippocampus—the part of the brain first affected by cognitive decline.

The thinking: All humans are born with an instinctive preference to seek out new things in their environment. Your eyes naturally focus on these new images. So we use that “novelty” preference to assess your memory health by showing a set of pictures as part of the test, then re-showing images that you’ve seen previously next to the new ones.

If you focus mainly on the new images, you’ve successfully imprinted the older images. But if you spend as much time on both, we know there is some amount of impairment and that you may be at a higher risk for developing cognitive decline—even if you have no other symptoms.

We recommend that these people make concrete behavioral changes to help prevent cognitive decline, like improving their diet, exercise, sleep and stress management, as well as doing brain activities and staying socially engaged.

I got the idea from …
When my family and I were living in Atlanta, I met a prominent neuroscientist, Dr. Beth Buffalo, who was part of a team at Emory University’s Alzheimer’s Disease Research Center working on Alzheimer’s disease and memory disorders. They were analyzing a large body of data from a five-year longitudinal study to validate a computerized behavioral biomarker that studies eye movements and that could ultimately assess an individual’s risk for developing cognitive decline and Alzheimer’s disease before there are symptoms.

Up until now, it was impossible to diagnose Alzheimer’s or cognitive decline before symptoms surfaced. Sadly, by the time someone exhibits symptoms, the disease has already been active in the brain for up to 20 years and there is nothing that can be done to reverse the decades of damage that have occurred.

Now, there’s an opportunity to find cognitive decline early and prevent its progression. I come from a family of physicians and was pre-med in college—I love working on hard problems—so I knew this was exactly the kind of product I wanted to bring to market.

This is a real passion of mine because …
I lost two grandparents to Alzheimer’s. It’s a heartbreaking and dehumanizing disease that robs you of what is most precious—the memories that you have created over your lifetime. Knowing that there is the potential to help prevent others from having to go through that is what drives me.

We just launched the test online, so we are going to use the money to shout from the mountaintops that it’s available and free for the first few months. This will help more people find out how likely they are to develop cognitive decline—and give them the tools to help prevent it.

If we could find a way to target tumors through airways, I thought, we could make it easier to treat lung cancer.

The Big Idea: An Inhaler That Could Help Treat Lung Cancer 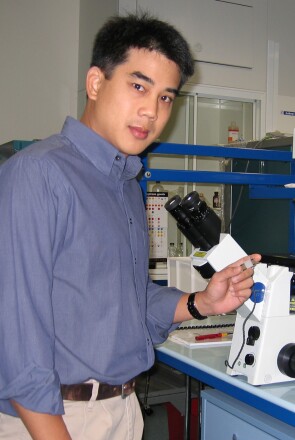 My winning innovation is …
My team has designed an inhaler that can be used to administer medicine deep into the lungs, helping to treat diseases like lung cancer and tuberculosis. If you have a tumor in your lung, the standard treatment is to inject medicine, which circulates throughout your body in your blood before ending up in your lungs. With medicine that can be inhaled, it goes straight down the airways to where the tumor is located.

I got the idea from …
Inhalers and nebulizers currently exist, but most of them are unsuitable for delivering the large biological molecules that constitute the next generation of drugs as droplets to the deepest part of the lungs—where lung cancer tumors occur.

Inhalers rely on breathing to pull in the droplets containing the drugs, which can be problematic for those who have problems breathing due to lung diseases, as well as young children or the elderly.

Nebulizers, on the other hand, generate the droplets independent of breathing effort, but most do it in such a harsh way that it wrecks the biological molecules.

So we figured out how to deliver these drug-laden droplets to the lungs efficiently—and without damaging them—by using something called surface acoustic waves.

This is a real passion of mine because …
I grew up in Malaysia, where tuberculosis was a problem. We would get vaccinations as kids, and I hated the needles. People being treated for illnesses like TB need a lot of needle pricks, so I wanted to find a way to get rid of at least some of them. Plus, we could help address a lot of problems in the developing world associated with disease transmission through needles.

The grant will help me …
We have already tested our treatment method using the flu vaccine in sheep—they have similar lungs to humans, and we have plenty of sheep in Australia! We were able to get the same immune system response as those getting a flu shot, and could use much lower doses.

The money is going to help us prove that the same method will work with lung cancer treatments and develop a better prototype model.