4 Things We Now Know About the Rare Disease AL Amyloidosis

86
Imagine having a disease that many doctors have never seen before. That's what Marty Verel experienced when he was told he had AL amyloidosis—and it's what hematologist Brendan Weiss, M.D., is determined to help change. For Amyloidosis Awareness Month, Dr. Weiss shares what he's learned studying the rare disease.
By Kate MorganMarch 01, 2021
Today's Top Reads Close
D

uring a routine checkup in 2015, Marty Verel’s doctor ran a cholesterol test and his numbers were sky-high.

“They were off the charts, like over 500 milligrams per deciliter, when healthy numbers are below 200,” says Verel, 59, who lives near Cleveland. “My doctor said we should just repeat the test, so we did, and the numbers came back even higher. He was dumbfounded.”

It took several more visits to doctors to determine that Verel was having kidney issues, too. After scheduling more tests, he was sent home to wait. But a few days later, while getting ready to attend an event at his daughter’s college, Verel knew something was very, very wrong. 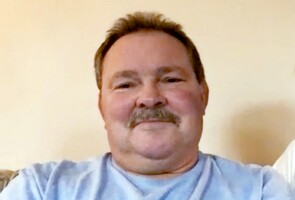 “I couldn’t fit into any of my clothes,” he says. “Even my shoes were tight. And I was so fatigued. I had no idea what was going on.”

Verel was admitted to the Cleveland Clinic, where doctors put together the swelling, fatigue, kidney issues and high cholesterol to arrive at a diagnosis: a rare blood cell disorder called light chain (AL) amyloidosis, in which deposits of an abnormal protein called amyloid may cause damage to various organs, eventually leading to loss of organ function.

The condition most often occurs in people over the age of 50, although some can be diagnosed as young as 20. It also disproportionately impacts men, who make up the majority of AL amyloidosis cases.

It's patients like Verel that scientists, including those at the Janssen Pharmaceutical Companies of Johnson & Johnson, are hoping to help through dedicated research on potential new treatments.

For Amyloidosis Awareness Month, we're sharing what experts now know about the rare disease—approximately 4,500 people are diagnosed each year in the U.S.—and how new advancements in care have the potential to give such patients more hope.

AL amyloidosis is caused by an overproduction of protein chains by the immune system.

The marrow at the center of your bones is where the body produces blood cells, including plasma cells, which are an important part of the immune system.

When the immune system detects an infection in the body, plasma cells in the bone marrow begin working to produce immunoglobulins, also known as antibodies.

4 Questions for a Scientist Working on a Revolutionary CAR-T Therapy for Multiple Myeloma
Share
Did you like reading this story? Click the heart to show your love. 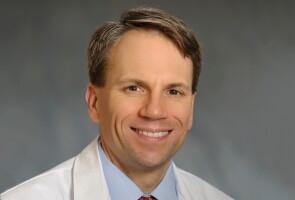 “When your bone marrow is healthy and your plasma cells are hanging out waiting to respond to possible infection, only a small number of plasma cells are present,” explains hematologist Brendan Weiss, M.D., Plasma Cell Disorders Strategy Leader, Janssen Research & Development, one of the Janssen Pharmaceutical Companies of Johnson & Johnson. Dr. Weiss was previously the founder and director of the University of Pennsylvania Amyloidosis Program, a comprehensive, multidisciplinary program for the evaluation, treatment and research of patients with amyloidosis.

In people with AL amyloidosis, however, an increased number of abnormal plasma cells grow in the bone marrow and produce an excess of one part of the immunoglobin, called light chains. These immunoglobin light chains undergo abnormal folding into a form called amyloid. It is the amyloid that deposits in tissues and organs throughout the body. “And because the body doesn’t have an efficient way of getting rid of the ongoing deposits of amyloid, these deposits can cause disease in vital organs, such as the heart and kidneys,” explains Dr. Weiss.

Prognoses vary depending on factors like a patient's age and the type and severity of organ involvement, but in general, early diagnosis and treatment have been shown to improve life expectancy.

It can be extremely difficult to diagnose.

AL amyloidosis is rare—Dr. Weiss notes that it appears in roughly a dozen people out of every million in the United States. This means many general practitioners likely have never seen a case, which can make it harder to recognize and diagnose.

Add to that the fact that AL amyloidosis manifests differently in people, depending on where in the body amyloid deposits build up, resulting in a wide range of symptoms that can vary in severity. Most commonly, amyloid deposits build up in the heart and kidneys. Roughly 70% of patients have involvement with either of these organs, notes Dr. Weiss.

People can go from doctor to doctor without getting a definitive diagnosis. I tell doctors, if you see a patient who looks like they may have cancer but you can’t find the cancer, think amyloidosis.

Is It Really Safe to Go to the Doctor During a Pandemic? Listen to What This M.D. Has to Say

If amyloid deposits primarily affect the heart, for instance, says Dr. Weiss, patients are likely to experience “shortness of breath, fatigue, trouble climbing stairs or swelling in the legs. Renal or kidney involvement usually presents with what’s called nephrotic syndrome, in which the kidneys leak and the body starts filling with fluid. If amyloid builds up in the digestive system, there can be weight loss from nutrient malabsorption, diarrhea and blood in the stool.”

The variations in symptoms impacting different organs in the body can contribute to diagnostic difficulties, Dr. Weiss adds. “Heart failure is common. Weight loss is common. Even neuropathy—pain or tingling in the limbs—is common," he explains. "So, people can go from doctor to doctor without getting a definitive diagnosis. I tell doctors, if you see a patient who looks like they may have cancer but you can’t find the cancer, think amyloidosis.”

Verel, like many who are eventually diagnosed with AL amyloidosis, has also dealt with an emotional struggle on top of his worsening physical symptoms.

“I’ve had to give up a lot of career opportunities,” he says. “I was a teacher for 32 years, working with special needs children. I was basically forced into retirement. I was a high school soccer coach, and I had to give that up as well. Most of the treatments for AL amyloidosis cause you to be immunosuppressed and you can’t be around a lot of people, and that’s really hard.” 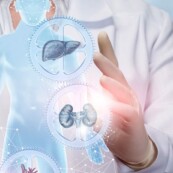 Important News About AL Amyloidosis
Learn about a new treatment advance for the disease.
Get the details
3.

It can have serious consequences for your health.

Once AL amyloidosis progresses, the buildup of amyloid can, for example, make it difficult for the kidneys to effectively filter the blood, leading to kidney failure that requires dialysis. 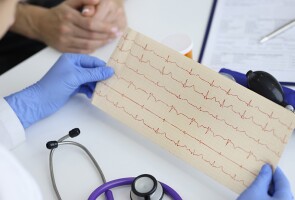 If amyloid deposits build up in the heart, they may cause the walls of the heart to thicken, which can result in an irregular heartbeat

This was the case with Verel.

“Within a month of my diagnosis I was in end-stage renal disease," he says. "I was on dialysis until June of 2018, when one of my daughters donated a kidney to me. Then I found out I had some heart involvement—the amyloid protein had deposited in the ventricle wall, causing an irregular heartbeat.”

Quiz: Could You Have AFib and Not Know It?

If amyloid deposits build up in the heart, they may cause the walls of the heart to thicken, leading to heart failure and abnormal heart rhythms, which can be life-threatening.

Three years of dialysis left Verel exhausted and chronically fatigued, and he says that the deposits in his heart resulted in high blood pressure, in addition to the irregular heartbeat.

“I had to do dialysis four times a week, for five hours a day, then I’d come home with a pounding headache and have to just sleep,” he says. “I was up to 250, 260 pounds because of the fluid. The kids called me the Michelin Man. It’s a daily battle when you’re in the thick of it.”

Chemotherapy is one treatment option, but other innovative approaches to treatment may also offer hope.

Soon after his diagnosis, Verel started chemotherapy. In AL amyloidosis patients, destroying the abnormal plasma cells with chemotherapy will eliminate the immunoglobin light chains, which are the source of the amyloid.

About a year later, Verel received high-dose chemotherapy and an autologous stem cell transplant, in which healthy blood stem cells from your own body are used to support the delivery of an ultra-high dose of chemotherapy to eliminate the plasma cells. This treatment successfully put him in remission for a few years.

For now, early diagnosis is the best way forward. If we can treat people before their organs are damaged, they will be able to benefit from treatments and hopefully live longer and feel better—and that’s a great goal.

While there's still a great deal to learn about AL amyloidosis, research is underway to further advance understanding of the disease and how it's managed, says Dr. Weiss, adding that there is reason to be hopeful. The traditional treatment for AL amyloidosis has been chemotherapy, but new immunotherapies that specifically target the plasma cells, as well as the amyloid deposits, are being studied as possible treatments for the rare disease.

The Latest Science Behind Caring for Your Skin While on Chemotherapy

“But for now, early diagnosis is the best way forward," Dr. Weiss says. "If we can treat people before their organs are damaged, they will be able to benefit from treatments and hopefully live longer and feel better—and that’s a great goal.”

And for early diagnosis to be possible, Verel adds, awareness is everything.

“Most family docs don’t know this disease, so patients have to be their own best advocate,” he says. “If something doesn’t seem right to you, you have to speak up. Ask as many questions as possible. Drive your doctors crazy if you have to. And the doctors, if they can’t answer, should say, ‘I don’t know, but I’ll find out right away.'” 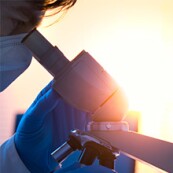 Have an Idea to Better Diagnose AL Amyloidosis?
Apply to the Improving Detection of AL Amyloidosis QuickFire Challenge for a chance to receive grant funding, access to the Johnson & Johnson Innovation - JLABS ecosystem and more.
Learn more 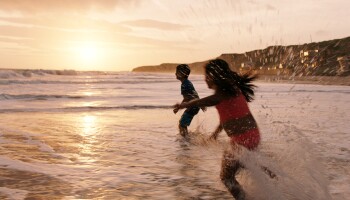