Our Mission to End HIV

HIV is one of the world’s greatest health challenges. 38 million people around the world live with HIV, and 1.7 million are newly infected each year. Johnson & Johnson has been working for 25 years to fight the disease.

Over this time, we’ve developed eight HIV medicines – and we are now partnering on a potential long-acting injectable regimen. These drugs allow people to live with HIV as a chronic condition rather than the death sentence it once was. We’re also currently working on a vaccine to prevent HIV, with two large-scale efficacy clinical trials being pursued across 13 countries on four continents, including Africa, Europe, and North and South America.

None of this would be possible without the numerous partners we’ve worked with for the past quarter century: doctors, nurses, patients, advocacy groups, health authorities, NGOs and industry leaders. No one can do it alone. That’s why we also sponsor more than 100 HIV programs in 50 countries. They help educate, support and care for the men, women and children living with HIV who otherwise would be alone.

We won’t stop until we make HIV history. 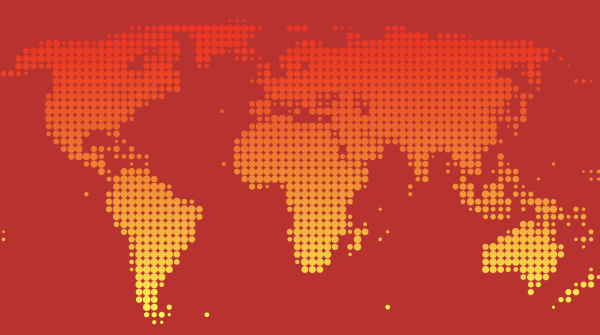 2020 World AIDS Day
A look at some of the numbers behind one of the world's biggest healthcare challenges.
Download Infographic

“The Road to a Vaccine”: How Lessons Learned in Fighting HIV Help Us Battle COVID-19

In this special episode, journalist and host Lisa Ling interviews top HIV advocates including actress Laverne Cox, Johnson & Johnson Chief Scientific Officer, Dr. Paul Stoffels and more, on the needs of the HIV community, why the development of an HIV vaccine remains essential, and how the learnings over the past 30 years from the quest for an HIV vaccine are being applied to accelerate the development of COVID-19 vaccines. Learn more. 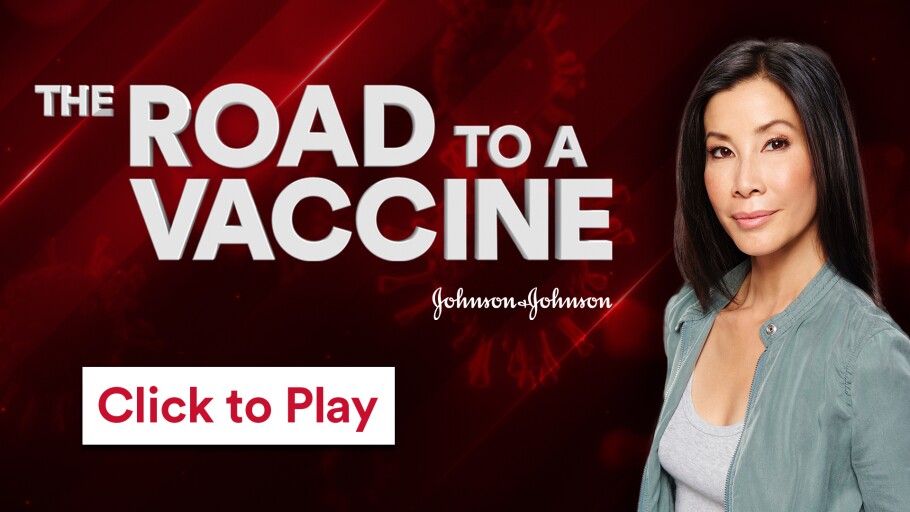 The Need for an HIV Vaccine

Experts agree a preventive vaccine is needed to turn the tide of HIV. Johnson & Johnson’s ultimate goal is a universal vaccine to prevent infection caused by multiple HIV strains worldwide. Check out our infographic and watch our video to learn more about our progress. 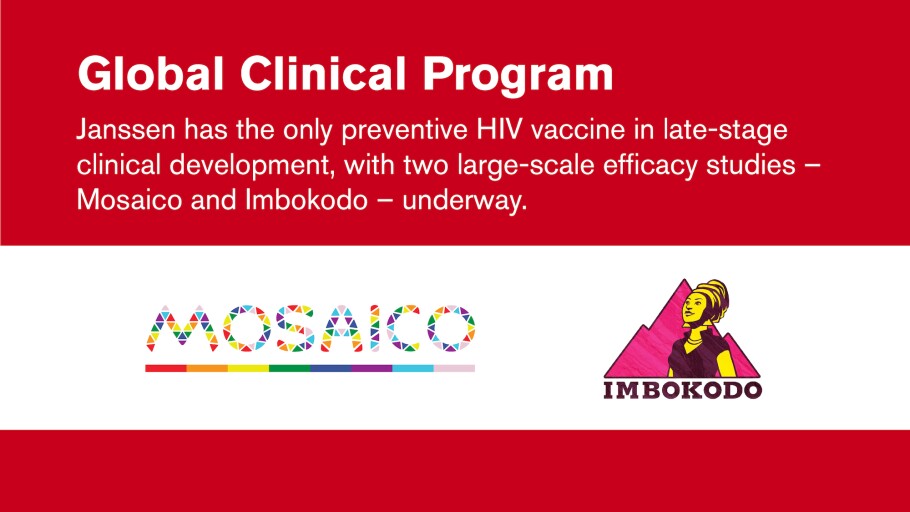 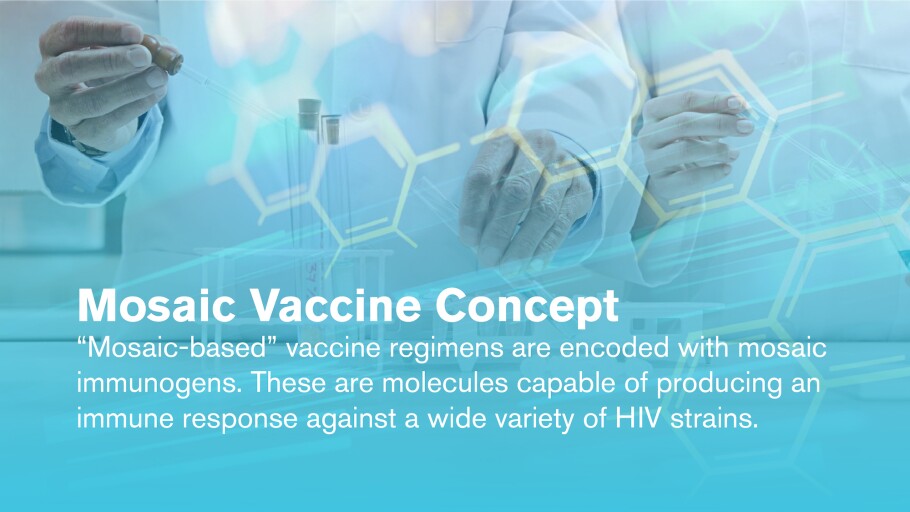 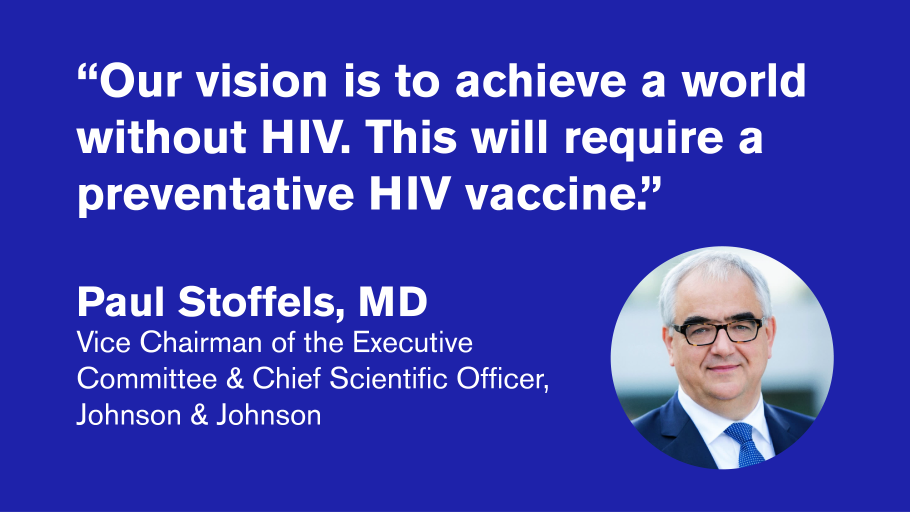 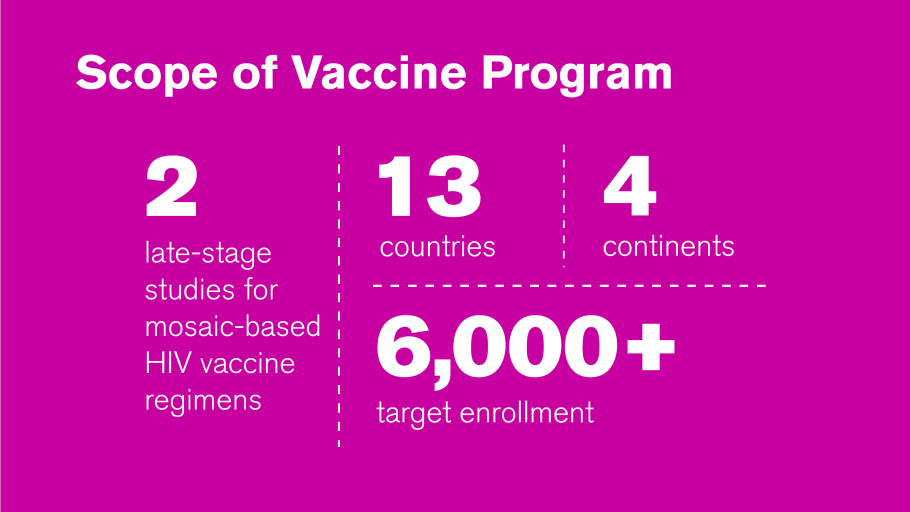 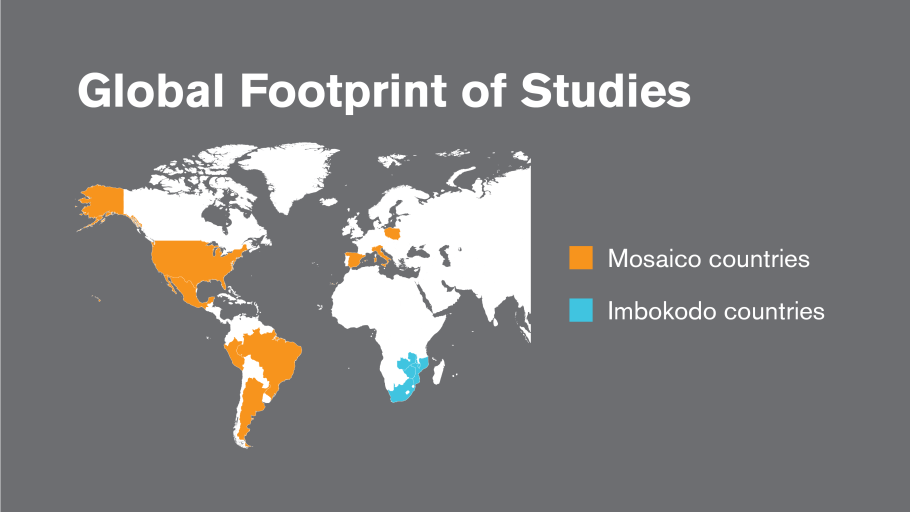 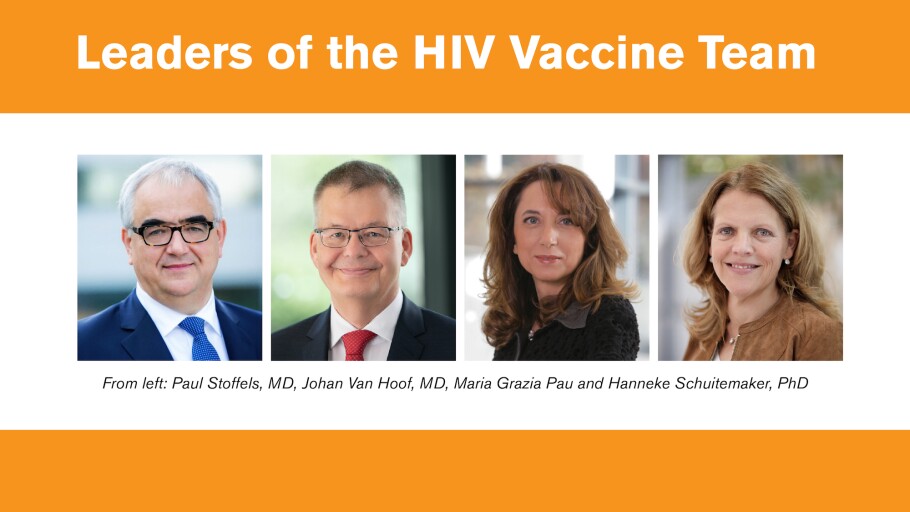 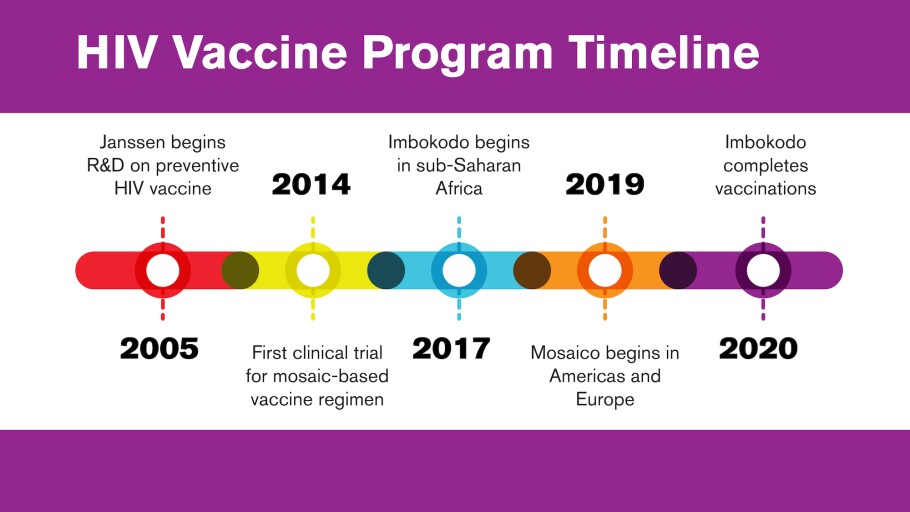 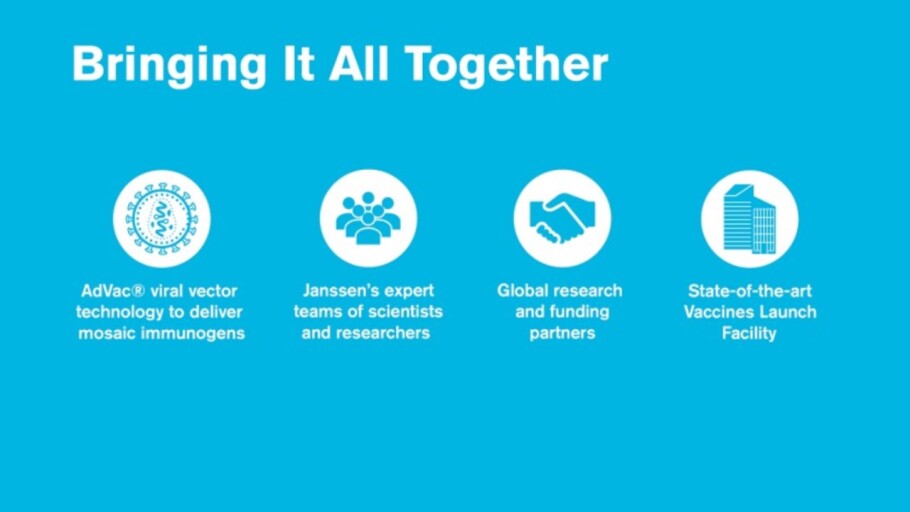 Nurses on the Front Lines 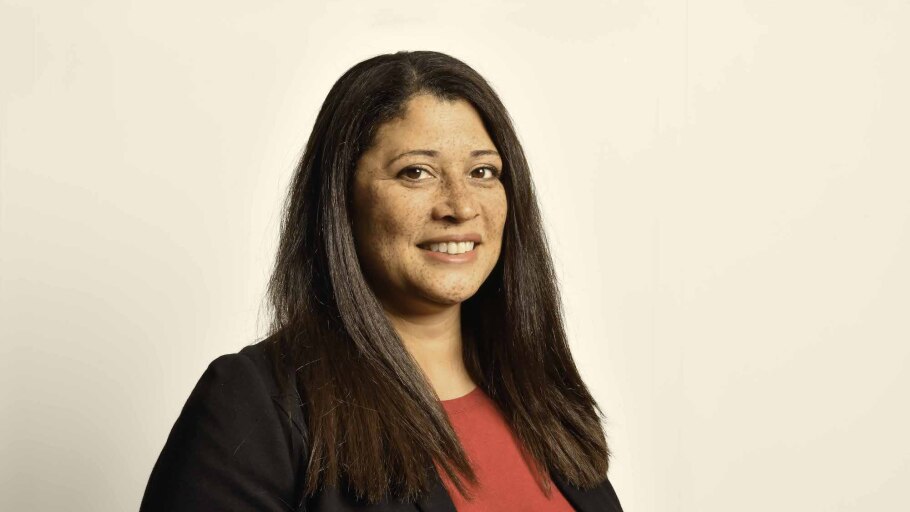 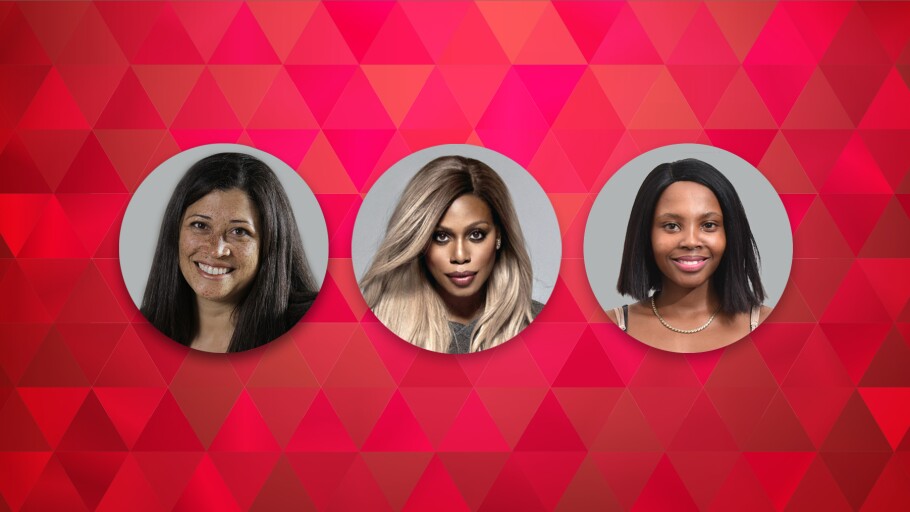 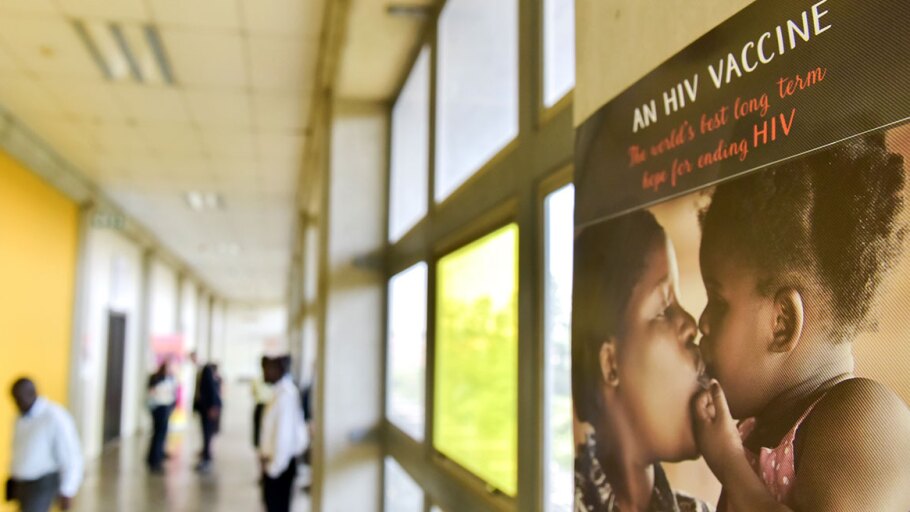 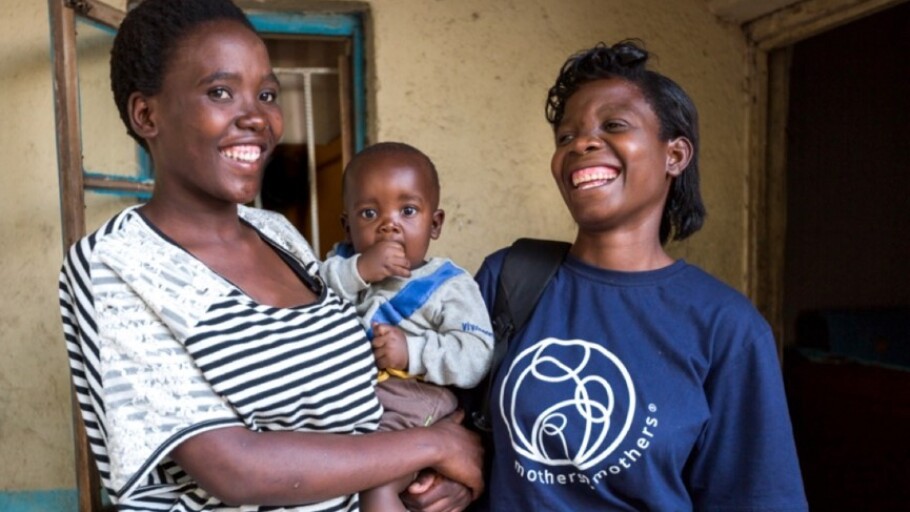 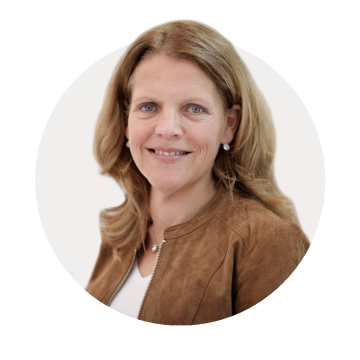 Developing a preventive vaccine for HIV is our top priority and we need armies of people to help make it happen. People in the sciences, people in clinical centers to execute these trials and volunteers—especially volunteers. I’m so impressed with the people who are helping move human health forward. 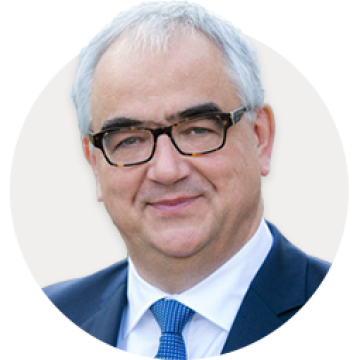 No single institution can tackle the historic challenge of eliminating an infectious disease. By advancing our technologies, uniting our best scientists and leveraging decades of experience in HIV, we’re optimistic that we can make a significant contribution to the global effort. 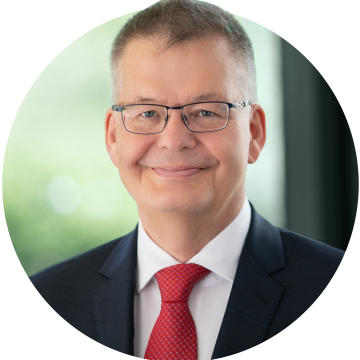 Although HIV is now considered a chronic and manageable condition, the global challenge remains immense. With 37 million people around the world living with HIV —and nearly two million people newly-infected each year—we cannot treat ourselves out of the HIV epidemic. Our ultimate goal must be to find a preventive vaccine for HIV. 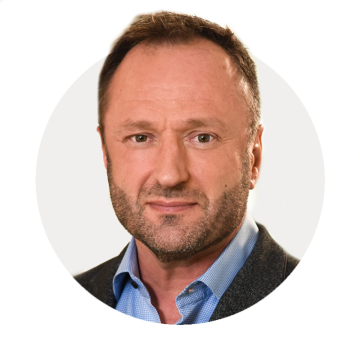 Over the last 10 years, Janssen has brought many new therapies to market with the aim to serve patients at all stages of diagnosis and treatment. These therapies have helped to transform the efficacy and tolerability of treatment and helped millions of patients around the world live healthier lives. We are proud of what has been achieved, and we will not stop here. At Janssen, we will continue to leverage our knowledge, science and expertise and partner with others to do more for people living with HIV. 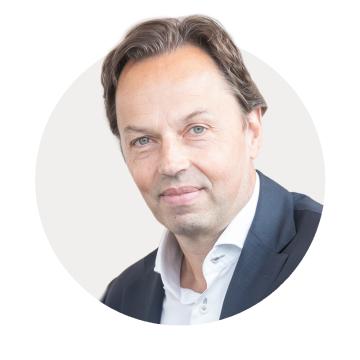 For decades, the Johnson & Johnson Foundation has partnered with local organizations to equip health workers with specialized training, education and novel technologies to support people living with HIV and help prevent future infections.

Addressing the Needs of the World’s Most Vulnerable Populations

Our Global Public Health team is working with partners like PEPFAR, EGPAF, Global Fund and others in those countries hardest hit by HIV. 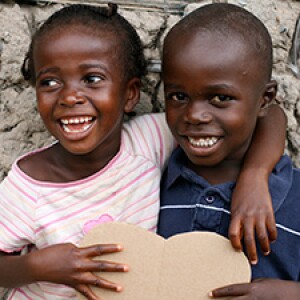 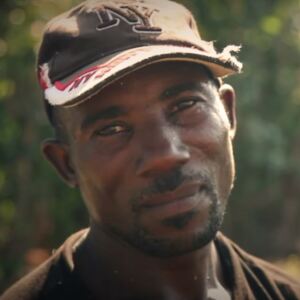 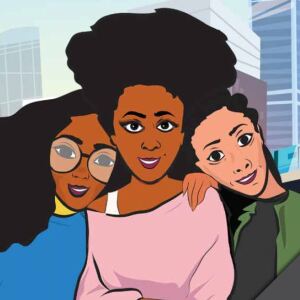 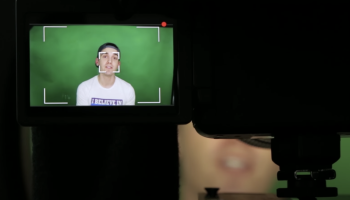 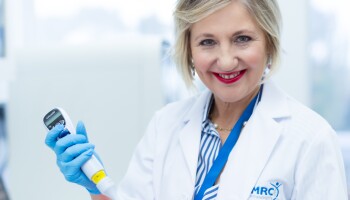 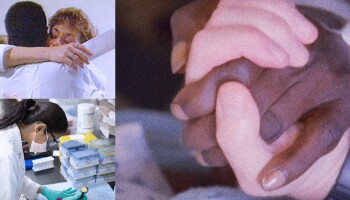 alt The Many Hands Helping Make HIV History: 4 People on a Quest to End the Disease