35
Severe cases of hemolytic disease of the fetus and newborn can be deadly in infants. That's why Johnson & Johnson is passionate about investigating a promising option for treating the disorder.
By Jennifer Rainey MarquezMay 25, 2021
Today's Top Reads Close

It’s almost inconceivable that a baby could die because of a seemingly minor difference between its blood and its mother’s blood.

But that is what can happen in severe cases of a disorder called hemolytic disease of the fetus and newborn (HDFN). While it's not uncommon for mothers and their children to have incompatible blood types—and it usually doesn't result in serious problems—in the case of HDFN, the mother’s immune system reacts in a severe way to the baby’s red blood cells and her antibodies attack them. 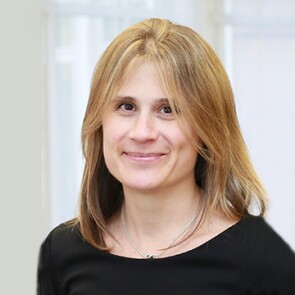 HDFN was once responsible for thousands of infant deaths each year. Today, medical advances have greatly reduced the number of fatalities, but the only treatment for severe cases of the disease—blood transfusions given to babies in the womb—carries its own risks. Severe HDFN can also result in critical outcomes for babies, such as significant anemia and organ damage. There are risks for the mother, too, which include potentially having to undergo invasive procedures with anesthesia.

"We Have a Health Disparities Problem in America": Meet a Woman on a Mission to Improve Healthcare for Black Women

HDFN is rare, occurring in 3 to 80 out of every 100,000 pregnancies annually. In order to help provide better outcomes for these children, Janssen Research & Development, part of the Janssen Pharmaceutical Companies of Johnson & Johnson, is currently conducting a clinical trial called the UNITY study to learn more about a safer, less invasive way to treat the condition.

Johnson & Johnson has a long history of prioritizing the health of mothers and babies that dates back to the 1890s, when the company produced maternity kits containing items obstetricians would need to ensure healthy deliveries. Through the years, this commitment has never wavered, as Johnson & Johnson has continued to champion maternal and infant health through initiatives such as the China Neonatal Resuscitation Program and a generous parental leave policy for its own employees. And the UNITY study is helping continue this important legacy.

We sat down with, Katie Abouzahr, M.D., Vice President, Compound Development Team Lead at Janssen to discuss what expectant parents need to know about HDFN, how it can be managed and the promise that future treatment options may hold.

Can you explain how exactly HDFN occurs?

Put simply, HDFN occurs when a mother’s immune system attacks her unborn child’s blood cells. This can happen due to small but significant differences between the mother’s blood type and the baby’s blood type, which may mix together during normal pregnancy or delivery, or as a result of trauma. 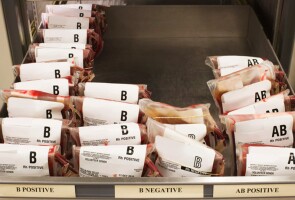 We all know about the four major blood types (A, B, AB and O), but blood types are also determined by the presence or absence of blood group proteins, or antigens. If you’ve ever been told your blood is O+, for example, that means your blood type is O and positive for a specific and common family of antigens known as Rh. People with O- blood type are negative for Rh.

When a baby is conceived, it inherits blood group antigens from both its mother and father. Trouble occurs if the mother’s blood type is “negative” (meaning it does not contain a given antigen) and the baby’s blood type is “positive" (meaning it has inherited that antigen from the father). The mother’s immune system may detect the presence of foreign red blood cells in the baby and cross the placenta to attack them.

This same reaction can also happen during blood transfusions between antigen-incompatible donors and recipients.

What are the consequences of this happening?

During a first pregnancy, this immune response is not typically strong enough to cause problems. Women may not even know that they had an antigen incompatibility with their newborn. However, subsequent pregnancies will often trigger a more powerful response, because the mother’s body has developed antibodies against the antigen in question.

Necessity Really Is the Mother of Invention: Meet Two Nurses Working on Clever Innovations to Keep Moms and Babies Healthy

This is known as maternal alloimmunization. If another fetus inherits the same antigen, the mother’s strong immune reaction may seriously harm the baby, causing severe anemia, jaundice, congestive heart failure or even death. In the early 20th century, before any interventions were available, the fetal mortality rate for HDFN was 50%.

How often do these serious complications occur?

Overall, HDFN is rare, occurring in 3 to 80 out of every 100,000 pregnancies. Severe HDFN is even more rare. It can be difficult to pin down an exact number because HDFN is often unreported or undetected. Since it’s rare, sometimes doctors don’t test for blood type incompatibility, even if something goes wrong during a pregnancy.

But it’s important to know that not all cases are severe. Some types of antigens only produce mild immune reactions, while other antigens trigger a runaway immune response. The likelihood of severe disease also depends how many times you’ve been pregnant and how sensitized your body is to a particular antigen.

What can be done to reduce the risk to the baby?

Getting good prenatal care is key. Women should ask their obstetrician about testing for potential blood type incompatibilities and the presence of existing antibodies, especially if they’ve ever had a miscarriage or an unexplained stillbirth or fetal injury. It’s a simple blood test, but it’s not always routine.

The Double Pandemic: How COVID-19 Is Bringing to Light Health Inequities That Have Long Been a Problem in America

If a blood screening reveals that a mother’s blood type is negative for a common antigen known as Rh D—and a subsequent test shows the father’s blood is Rh D positive—her doctor will prescribe a shot of Rh immunoglobulin. This treatment can prevent the body from producing Rh D antibodies and mounting an attack against the baby’s blood. Rh D negative women should also get the shot after a miscarriage or ectopic pregnancy to help ward off danger during any future pregnancies.

However, this treatment won’t help if you have other antigen incompatibilities (there are more than 50 antigens that have been found to be responsible for HDFN) and Rh immunoglobulin is not always 100% effective. It can also be difficult to obtain in some parts of the world. And if you already have antibodies from an earlier pregnancy, this won’t help you.

What can be done in those cases?

Doctors will monitor the baby’s development very closely throughout the pregnancy. If they see signs that the baby is developing anemia or other serious issues, they will recommend an intrauterine blood transfusion.

This involves giving the baby a blood transfusion through the umbilical cord. It’s a major procedure that is particularly risky in early pregnancy. Before 20 to 22 weeks of gestation, there is a 17% mortality rate; after 24 weeks, the risk is typically much lower. Regardless of the risk, it’s a terrible position for mothers to be in.

That is why it’s so important to develop effective treatments that are less invasive. Severe HDFN is rare, but when we look to innovate new treatments we don’t consider just how common a condition is but also how severe the consequences are. For mothers who are facing the potential loss of a much-wanted pregnancy, it’s cataclysmic.

What is Janssen hoping to learn from the UNITY study?

The UNITY study is for pregnant women who are at risk of developing severe HDFN. The drug we’re studying is designed to help reduce the number of antibodies in the mother’s body and to block those antibodies from being transferred to the baby.

At the Heart of Science: How a Small Chewable Tablet Is Helping Tackle a Disease That Impacts Nearly 1 Billion Children Globally

If you can stop the antibodies from reaching the unborn baby across the placenta, you can help protect the fetus from being attacked. The study type is known as an open label study, which means there’s no placebo and every woman participating will receive the drug. We are hoping to determine that the drug is both safe and effective against severe HDFN.

Why are you personally so excited to be working on this study?

I feel so strongly about the importance of delivering new medicine to women—especially in case of devastating diseases like HDFN, for which there are no currently approved therapies. It's an area of such high unmet need, and I am motivated by this urgency.

And as a mother to two daughters, I can't help but feel passionate about working to help give women and their children the best shot at a full and healthy life.

35
Please note that by clicking this link, you’ll be leaving jnj.com and going to a third-party website not governed by the jnj.com privacy policy.<br/><br/> 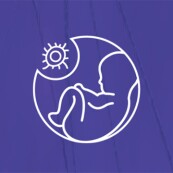 Have You Had a Pregnancy With HDFN?
You may be eligible to participate in a study that is evaluating the safety and efficacy of an investigational drug in reducing the risk and severity of anemia in the fetus.
Learn more