This Ring May Just Help Protect Women Against HIV

85
For World AIDS Day, learn how a new tool will help give this group greater power to prevent HIV on a monthly basis.
By Amelia HarnishDecember 01, 2021
Today's Top Reads Close

In 2020, women and girls accounted for 50% of new HIV infections worldwide. But across Africa, this group faces disproportionately higher rates from the AIDS-causing virus.

How Johnson & Johnson Has Pioneered in the Battle Against HIV/AIDS

One out of every five new HIV infections in sub-Saharan Africa occurs among adolescent girls and young women, despite this group representing just 10% of the population. In some African countries, 80% of new adolescent HIV infections are among girls.

This World AIDS Day, there’s at least one sign of hope on the horizon for changing those numbers: a novel long-acting HIV prevention product called the dapivirine ring.

We need to have options available that allow women to best protect themselves. The dapivirine vaginal ring is something they can control.

Developed by the nonprofit International Partnership for Microbicides (IPM), the ring is designed to release dapivirine—an antiretroviral (ARV) drug that helps prevent HIV from replicating inside cells—into the vagina. IPM received the rights to develop dapivirine as a vaginal microbicide through a worldwide license from the Janssen Pharmaceutical Companies of Johnson & Johnson and Johnson & Johnson Global Public Health, which is also partnering closely with IPM to plan for the ring’s introduction to the world. This license is designed to ensure that women in low-resource settings have affordable access to any dapivirine-based vaginal HIV prevention method.

“We need to have options available that allow women to best protect themselves,” says Zeda Rosenberg, ScD, IPM’s founder and CEO. “The dapivirine vaginal ring is something they can control”—putting the power to prevent HIV in their hands.

Why This Innovation is So Novel—and Necessary


There are already daily ARV pills on the market that help prevent HIV, and a potential preventive injectable therapy is currently under review by the U.S. Food and Drug Administration. But “the ring fills a gap in options,” Rosenberg says, especially for women in African countries who continue to face an alarmingly high HIV risk and may have less sexual autonomy than women in other parts of the world.

For one thing, the ring is discreet. HIV prevention pills, Rosenberg explains, can be stigmatized in these countries because they can be misconstrued as HIV treatment. The ring also offers an alternative for women who are unable to take a pill every day or who simply don’t want to take a drug that works systemically—that is, throughout the body—because of the potential for greater side effects, she adds. 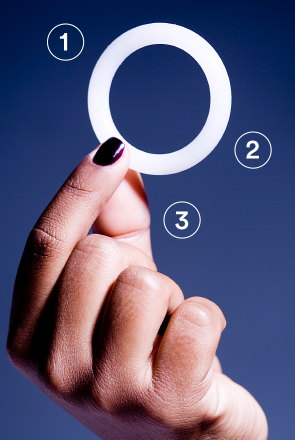 Here’s an inside look at how it works:

1. The dapivirine ring is made of a flexible silicone matrix that’s comfortable to insert and generally isn't felt once in place. It was modeled after a vaginal hormone replacement therapy ring called femRing, which releases estrogen to relieve menopause symptoms. Unlike some vaginal contraceptive rings, the dapivirine ring does not require refrigeration to store and has a five-year shelf life.

2. The ring slowly releases a steady dose of dapivirine for 28 days. “Women insert it for one month at a time, then remove it and replace it with a new ring,” Rosenberg explains. A version of the ring that can be left in place for three months is currently in clinical trials.

3. “Because the ring releases dapivirine locally into the vaginal tissue, relatively low amounts of the drug are absorbed into the blood system,” Rosenberg says. The benefits of this method of administration? Low potential for side effects, compared to other modes of drug administration.

Already approved for use in Zimbabwe, the dapivirine ring—which has already received a positive scientific opinion from the European Medicines Agency and a recommendation from the World Health Organization—is expected to roll out throughout 2022 in some countries in Eastern and Southern Africa, where the need for new HIV prevention tools for women is greatest. 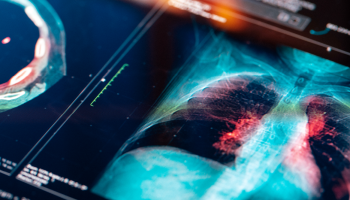