DoseBiome: The Start-Up That's on a Mission to Make Better Oral Care as Simple as Sipping Tea

ne of the most exciting areas of healthcare research in recent years has been focused on the human microbiome— the collective term for the trillions of microorganisms that inhabit our bodies.

And that research knows no bounds, from leveraging knowledge about the gut microbiome to help inform treatments for digestive disorders to harnessing the microbiome that lives on the surface of your skin to help treat things like eczema.

Another area of microbiome research packed with potential? The mouth. And DoseBiome is one of the companies at the forefront of this work. 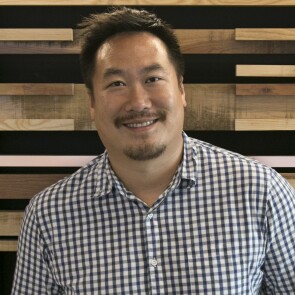 The company launched in 2016 and was accepted as one of 50 resident companies working at JLABS @ Toronto—a Johnson & Johnson Innovation incubator aimed at helping nurture healthcare start-ups—that summer. Since then, DoseBiome has launched its flagship consumer product, a first-of-its-kind packaged beverage called qii that the company's research shows may help shield your pearly whites from cavities by helping to balance your oral microbiome.

For the first installment in our new Start-Up Success Story series, in which we highlight young companies that have made great strides with help from their residencies at JLABS, we sat down with DoseBiome founder and CEO Ted Jin to get the inside scoop on what it takes to be a player in the microbiome field.

Three and a half years ago, Jin was working as an executive within the oral care division of a healthcare company and feeling restless. “I wanted to focus on innovation,” Jin recalls. “Although it’s risky to strike out on your own, there’s the potential to leap forward not just by inches, but by miles—and that really appealed to me.”

Inspired by the research boom around the microbiome, Jin grew curious about the role bacteria played when it came to halitosis, cavities, gingivitis and periodontal disease. Could balancing our oral microbiome help keep our teeth and gums in good condition?

In May 2016, with those questions in mind, he launched DoseBiome. Total employees: 1—himself.

It occurred to Jin that most people have a well-established pattern of brushing in the morning and before bed, but they rarely pay attention to their teeth in the middle of the day—which is also when they're likely to indulge in sugary snacks and drinks. "I wanted to find an alternative that was not only tasty but something that might actually help improve oral health," Jin says.

He then took the idea one step further: What if he could create a beverage designed to balance the oral microbiome? Based on existing research, he knew that xylitol, a plant-based, zero-calorie sugar substitute, had been shown to help inhibit the formation of plaque, a sticky substance that can lead to tooth decay and gum disease. The caveat, according to Jin, is that xylitol generally doesn’t stick around in your mouth long enough to have a positive effect—as soon as you swallow, it’s gone.

“So my first goal was to develop a new composition that would increase the effectiveness of xylitol in the mouth, giving it a greater chance to counter harmful bacteria,” Jin explains.

There was just one problem: Microbiology research requires a good deal of specialized lab equipment, and the scrappy start-up was short on capital. “If I’d had to start my own lab, I would have been dead in the water,” Jin says. “The cost would have been too much of a burden.”

JLABS helped us cut through a lot of the early, time-consuming work of setting up a company. As a result, we were able to jump straight into innovation.

Getting a JLABS Boost Early On

As fate would have it, Jin caught wind of the JLABS @ Toronto facility, which offered emerging healthcare entrepreneurs lab space, equipment, mentorship and access to investors. DoseBiome applied and was awarded a residency—and was able to quickly add employees who could help dive into research and development.

"I Want to Revolutionize Healthcare": Meet the 26-Year-Old CEO of Start-Up IntuiTap

“JLABS helped us cut through a lot of the early, time-consuming work of setting up a company by advising us on issues large and small—from handling waste disposal and equipment maintenance to sourcing reliable lab equipment suppliers and manufacturers," Jin says. "As a result, instead of spending months on administrative stuff, we were able to jump straight into innovation.”

And jump they did: Within six months, the team had grown to seven people, and they had fine-tuned a xylitol composition that they dubbed XyVita. 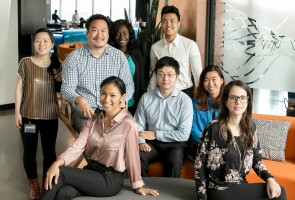 The next challenge was product development: What was the best way to concoct a tasty beverage based on their formulation? The team eventually landed on tea, and the reason was twofold. First, it’s fairly pH neutral, which the company's research indicates may help maintain a healthy mouth by keeping acid and disease-causing microbes at bay. It's also an oral powerhouse: Studies show tea can help inhibit cavities, banish bad breath and prevent gum disease.

Over the next year, DoseBiome sourced its own tea leaves from a small farm in Taiwan; developed a brewing process to optimize the tea’s oral health-boosting extracts via precise water temperatures and steeping time; and designed specialized packaging to maintain the drink’s nutrient content and pH level.

In January 2018, DoseBiome introduced qii, an oral health drink that removes up to 52% of plaque in one serving, according to studies conducted by the company. Fun fact: qii (pronounced chee) is how you say “seven” in Mandarin, which is the pH level of qii and also the pH level of saliva that usually indicates good dental health.

With qii's release, DoseBiome is now among the 26% of JLABS incubatees that currently have a product on the market.

"I admire how quickly DoseBiome has been able to commercialize its product," says Stefanie Dhanda

And speaking of scaling up, JLABS has also helped DoseBiome secure crucial seed capital. Like many fledgling entrepreneurs, Jin had struggled to even land meetings prior to joining JLABS. “Now, as soon as we say we’re with JLABS, investors perk up,” Jin says. To date, Jin's company has raised $4.3 million from such investors as Horizon Ventures.

“As mentors, we often see that start-ups aren’t familiar with the level of regulatory and clinical work required by large healthcare companies to make product claims, but Ted realized this early on through his previous role,” Dhanda says. “By having his team engage with our experts, they were able to incorporate insights into their work plan and validate their development approach, which will ultimately lead to high quality data that will be well-received by investors or acquirers down the road.”

From Pipe Dream to Store Shelves Across the Country


Today, qii is stocked in hundreds of natural and specialty grocery stores in 50 states, with new locations added every day. It's also available via Amazon and the company's website.
Share expand 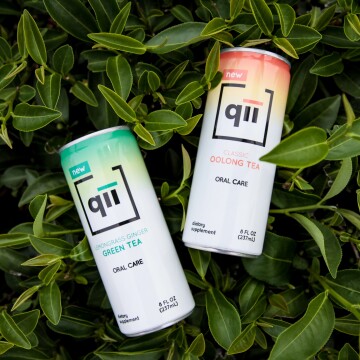 Feedback has been positive, says Jin, with customers particularly enjoying the drink's tea-forward taste and the fact that it uses all natural ingredients.

“It’s gratifying and exciting to see qii in the hands of regular people,” Jin adds. “Every day, we get a report listing new stores that are carrying the product, which is so exciting. That euphoria serves as inspiration to do this all over again.”

And speaking of doing it again ...

The company is already sinking its teeth into developing a new product, with a pipeline stretching all the way out to 2021. “The heavy lifting was in the first two years, and now we’re building on our existing knowledge base and platform,” Jin says. “We’re working on an innovation drumbeat, where every 12 months we have something new coming out.”

The Surprising Thing That Could Be Causing Your Bad Breath

And, according to Dhanda, the company's progress is sure to serve as inspiration for more research and innovation around the oral microbiome. "DoseBiome is helping to seed a new market of functional products for oral care that's delivered in unique ways," she says.

Now that’s something to smile about. 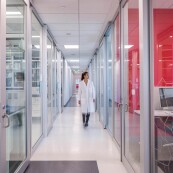