Why Africa Is a Hot Spot for Healthcare Innovation

As the Next Einstein Forum Global Gathering kicks off in Rwanda this week, we look at how Johnson & Johnson is helping nurture scientific progress across the continent.
By Camille ChatterjeeMarch 26, 2018
Share
Share
Today's Top Reads Close

Africa is home to 54 countries and 1.2 billion people. It's also home to the Next Einstein Forum (NEF) Global Gathering, an event held every two years that brings together thought leaders in science, policy, industry and civil society from across the continent and the world to discuss how to solve some of the world’s biggest human challenges. 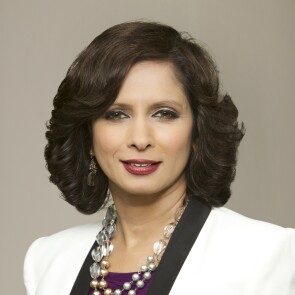 It's a mission that dovetails with Johnson & Johnson's purpose—help find solutions for some of humanity's greatest health challenges.

In advance of the conference, we sat down with Seema Kumar, Vice President of Innovation, Global Health and Policy Communication, Johnson & Johnson, to learn about the company's commitment to advancing health in Africa—and how it's putting that commitment into action.

How is Johnson & Johnson helping drive scientific advancement and innovation in Africa?

Africa has become stereotyped as a place where there is a lot of poverty, disease and corruption. But the next generation in Africa is really rising to embrace the powers of science and technology to solve their own problems. There are more millennials in Africa than the entire population of North America, and they’re not looking for charity—they’re looking for empowerment.

Johnson & Johnson has been working in Africa for more than 86 years, and in recent years, we've been focusing on establishing a strong footprint by working with NGOs and other organizations to build and strengthen health systems there, in part by supporting community healthcare workers and improving maternal and child health.

Two years ago, I judged an innovation challenge at the NEF Global Gathering. I was totally blown away by it. Entrepreneurs submitted ideas like converting trash to sustainable materials and using drones to deliver drugs.

That competition inspired last year's Johnson & Johnson Africa Innovation Challenge to find the best new ideas for sustainable health solutions that will benefit African communities. Out of more than 500 entrants, we announced three winners. There was a man who created a cosmetics line from cold-pressed palm oil; a woman who invented PedalTap, which prevents people from getting sick when they use a water tap to wash their hands; and a woman who created a sustainable, washable menstrual pad.

To this day, the winners meet with Johnson & Johnson experts weekly to learn how they can take their businesses to the next level. And this year, we’re bringing those winners to the NEF to promote their work.

How is innovation playing a critical part in fighting the tuberculosis epidemic in Africa?

Two years ago, I visited a hospital in Durban where, at one time, 80% of TB patients were basically sent to die. With the new treatment, that turned around and the majority of patients from that hospital are now able to go back home.

Fortunately, I've seen firsthand how a breakthrough medication we produced is helping make an impact in Africa. Two years ago, I visited a hospital in Durban where, at one time, 80% of the patients were basically sent to die. With the new treatment, that turned around and the majority of patients from that hospital are now able to go back home.

I was walking through all these different wards of the hospital with colleagues when we met a patient who asked, “Where is the person who discovered my treatment?” That scientist happened to be with us. The patient shook his hand and asked, “I want to thank you. Can I take a picture of you?"

I still have this picture. It shows how innovation can be a game changer—and, for some patients, a life changer.

HIV is another epidemic Johnson & Johnson has been tackling through on-the-ground innovation. Can you tell us how?

Young women and adolescents are the biggest HIV-infected population in sub-Saharan Africa: Something like 70% of that group is infected with the disease. DREAMS was an innovation challenge we partnered on to reduce HIV infections among girls. 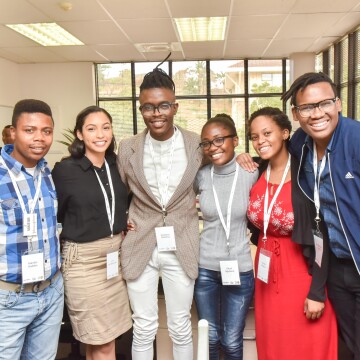 One impressive result of that challenge is a vaginal ring we’ve been working on. It’s like a contraceptive birth control ring coated with an HIV-resistant compound, making it a discreet way women can protect themselves from unwanted pregnancy and HIV.

The big thing we’re working on is an HIV vaccine. We have trials going on in Africa of 2,600 women, coordinated by women and led by a woman.

Women are the highest-risk population in Africa, and in that cultural setting, it’s important that you have female healthcare workers that can understand and support women in the trial.

You're also launching the Africa Media Academy. How will this help support scientific advancement and innovation?

I am a science journalist by training, which is why this initiative—which will help teach journalists in Africa how to report on medical news more accurately—is very close to my heart.

During the Ebola outbreak in Africa, it was clear that what the local press was saying was impactful, but there was a real challenge in translating science to society. The reporting during the outbreak wasn't always as accurate, detailed and layered as it could have been in order to be most helpful.

So I went to the Ministry of Science for South Africa and asked, “How can we work together on this?” From there, the Africa Media Academy was born. We’ll be previewing the initiative at the NEF and launching it later in 2018.

These are just some of the Africa initiatives that Johnson & Johnson is involved with—and they're a natural fit for the company. It goes back to our overall purpose of blending ingenuity, science and heart to improve health for humanity. We’re trying to create well-rounded ways of partnering and collaborating about the issues we see rising, in the places that need help most.