Share
Your immune system does so much more than simply fight off colds. For National Autoimmune Disease Awareness Month, we spoke to scientists who are harnessing this vital defense system to fight diseases in ways you likely never imagined.
By Barbara BrodyMarch 12, 2017
Today's Top Reads Close
A

nyone who's made it through basic grade school biology probably knows a little something about the immune system. In simplest terms, it's your body's defense system, and it kicks into high gear anytime you touch, eat or breathe in pathogens—that is, bacteria, viruses or other disease-causing microorganisms that have the potential to make you sick.

Sometimes it does a good job of quashing those bugs before you fall ill. In other instances, it keeps working hard to kill off invaders that have left you with a raging cold, stomach virus or other contagious ailment. 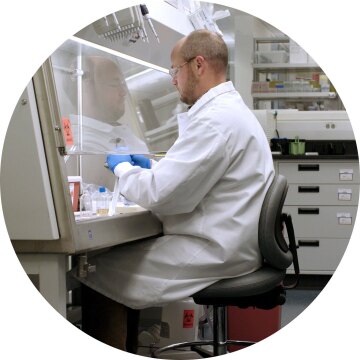 A Janssen immunologist in the lab

There's no doubt that guarding against external threats is absolutely crucial. If your immune system isn't strong—which is the case for people with conditions like AIDS and those on chemotherapy—something as minor as the common cold could land you in the ER.

But it turns out that battling germs is just one of your immune system's many roles.

Some of its additional functions are well-known by doctors and people with autoimmune diseases, while others are just starting to be uncovered by scientists. So we look at how emerging research into what happens when the immune system goes haywire has the potential power to transform healthcare as we know it—and maybe even surface clues to long sought-after cures.

While you may be able to picture certain bodily systems pretty easily—your circulatory system, for example, is mostly comprised of your heart and blood vessels—the components of your immune system might seem a little harder to imagine.

"You can think of the immune system as a collection of cell types and tissues that all work together," says Murray McKinnon, Ph.D.

For example, when you get a flu vaccine, you might experience some initial swelling at the injection site, which is an innate response, and then your body makes antibodies that specifically target the flu virus, which is an adaptive response.

Another reason the immune system is hard to imagine: It's a vast network of cells extending throughout your whole body—in your bone marrow and sinuses, the lymph nodes in your neck and groin, your tonsils and adenoids, and even in your digestive tract. "Your gastrointestinal tract is full of microbes, including pathogens as well as beneficial types of bacteria," explains McKinnon.

When everything works as it should, pathogenic germs get killed off quickly. That's why you don't get sick every single time you're exposed to something potentially dangerous. And when you do, the damage is limited, as is the case with a cold, which doesn't usually last for months. When your immune system is weak, however, the common cold could turn into pneumonia, and a tiny cut could pave the way for a life-threatening infection.

When that happens, inflammatory responses that should wane end up lingering and causing unnecessary damage, explains Sue Dillon, Ph.D.

"In the autoimmune disease rheumatoid arthritis (RA), for example, the immune system thinks that something in the joint tissue is foreign and begins to attack it, which leads to swelling, heat and inflammatory responses that damage the bone and cartilage and tissues around it," says Dan Baker, M.D.

Currently, most treatments for autoimmune diseases are broad immunosuppressants, Dr. Baker says. This means that they dampen the body's overall immune response, so while they can relieve RA-related joint pain and inhibit joint destruction, for example, they may also make you more susceptible to infections.

That's why the scientists at Janssen are hard at work researching a next generation of treatments for autoimmune diseases. Simply put, "the aim is to develop very specific treatments that would only suppress the abnormal immune reaction," Dr. Baker says.

According to Dillon, one key area of research focus at Janssen is learning more about the unique mechanisms involved in different autoimmune diseases, which may lead to more precise treatment options.

"What treatments on the market today principally do is treat symptoms by controlling inflammation, not the underlying causes of these diseases, and many people with autoimmune disease are not in remission," Dillon explains. "That's really what we need to aim for as we move toward cures. That's our vision and our mission." 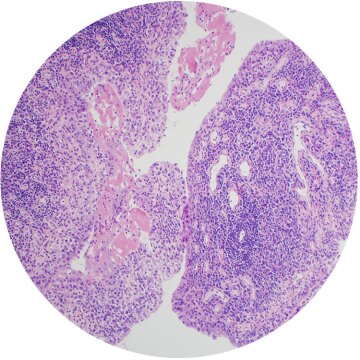 A close-up view of joint inflammation caused by rheumatoid arthritis

Part of this mission is to identify autoimmune disorders in their earliest stages—before someone even experiences any symptoms. "The goal is to catch it and treat patients before the disease progresses," Dr. Baker says. "With RA, for example, the joints don't heal well. So we'd like to prevent damage before it happens."

To that end, Dillon says that Janssen researchers are developing tests that could check for biomarkers in the blood to help doctors figure out which patients have a high risk of developing an autoimmune disease, or at least be able to detect it in its earliest stages. So rather than simply looking at risk factors—like, say, having another autoimmune disease—doctors will hopefully be able to tell you with more certainty what your chances are of getting a specific autoimmune disease, and start treatment at the earliest possible stage.

Another promising area of immune system research focuses on its connection to mental health.

In the case of Alzheimer's disease, for example, "there appears to be some inflammation, which suggests that the immune system could be harnessed to address the plaques in the brain that we think cause the disease," Dr. Baker explains.

There are some patients with major depression who don't respond to current standard treatments. So the hypothesis is that inflammation might be causing or contributing to their depression.

There's also research being done on depression. "There's a lot of data showing that cytokines [a group of immune system chemicals, including interferon] are higher in people with severe depression," Dr. Baker says. "We don't know why these cytokines are elevated, but we're in the midst of a study to see if we can further understand the effect of an investigational therapy and its potential impact in this regard."

"There are some patients with major depression who don't respond to current standard treatments," explains Dillon. And among those patients, there's a subset who have higher than normal levels of inflammation in their bloodstream, as measured by a biomarker called CRP (c-reactive protein).

"So the hypothesis is that inflammation might be causing or contributing to their depression," Dillon says. The investigational antibody now in clinical trials is designed to lower that inflammation, and, in turn, could help treat the mood disorder.

The investigational antibody is currently in a Phase II clinical trial. If it's successful, such a therapy has the potential to offer hope to people with "treatment-resistant" depression.

For those who haven’t yet found an effective way to treat their depression, this research has the potential to offer new hope.

As scientists look toward the future, they expect that the opportunities to harness the immune system to treat a wide range of diseases will only continue to expand.

"It's fascinating because most people only think about the immune system as something that fights off contagious or infectious illnesses, but there are so many conditions—obesity, cardiovascular disease, Alzheimer's and more—that are starting to look like they might be diseases of the immune system," McKinnon says. "The potential for growth in this area is tremendous."

For example, from a purely observational standpoint, Dr. Baker explains, cytokines—those immune system chemicals that are, among many other things, elevated in people with depression—seem to affect the way fat cells operate. The implications for advances in obesity research are tremendous—and it's leads like this that make the future of immunology so exciting.

And while the last few decades have brought tremendous growth in terms of treatments for people suffering from autoimmune disease, there is still work to be done. "We're refining our diagnostic tools, identifying people early, and developing new strategies for treatment," Dillon says.

All of this innovation points toward combating autoimmune disease before it even shows up—in other words, paving the way to a potential cure. 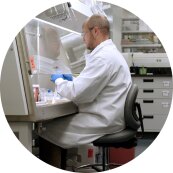