Share
It's National Engineers Week and what better time to spotlight the clever ways people are elevating innovation at the company—say, with a robot named YuMi.
By Johnson & JohnsonFebruary 23, 2018
Today's Top Reads Close

Everywhere you look, you can see the impact of an engineer at work: From safety upgrades in cars to the apps we use on our smartphones, these professionals touch nearly every aspect of our lives.

Engineers solve problems and design things that matter—and the ones at Johnson & Johnson are no exception.

The company's more than 8,700 engineers and technical professionals are focused on using science and mathematics to create smarter new ways to push technology forward, with the goal of not only enhancing human health but also the health of our planet.

From high-tech robotics in France to wind turbine energy in Ireland, here's a glimpse at just some of the ingenuity at play across the company. 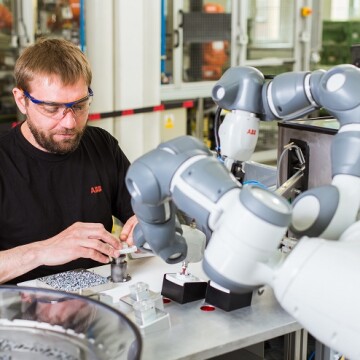 Some of the most exciting work engineers at Johnson & Johnson are doing involves using robots within the company’s supply chain division, with the goal of increasing productivity and getting products to consumers faster.

The robot in question: YuMi (short for "you and me"), which is the world’s first collaborative, dual arm robot able to work alongside humans, doing repetitive, routine tasks. What's special about YuMi (shown above right) is that it can tackle tasks requiring a high degree of accuracy and repeatability, such as assembling small parts. It's so precise, in fact, it can even thread a needle.

Since 2015, YuMi has been hard at work at a Johnson & Johnson site in Val-de-Reuil, France, where consumer products are packaged for distribution.

Using automating equipment in a smart way, whether it be YuMi or some other technology, explains Stefan Beyeler 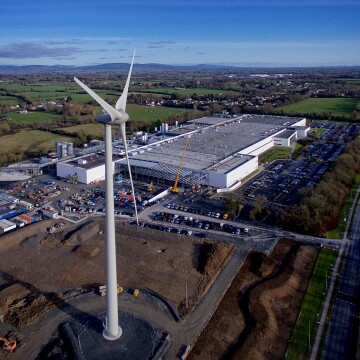 Thanks to such smart engineering efficiency solutions, 25% less electricity is now used at the plant to produce each contact lens, and the turbines prevent 1,750 tons of carbon dioxide from entering the atmosphere each year. That's the equivalent of taking 400 cars off the road!

As part of its Health for Humanity 2020 Goals, Johnson & Johnson has pledged to procure 35% of its electricity from renewable resources by 2020—and power all of its facilities worldwide with renewable energy by 2050. The wind turbines in Limerick are just one of the innovations helping the company achieve these goals.

Want to learn more about the exciting things Johnson & Johnson engineers are doing? Check out this video: 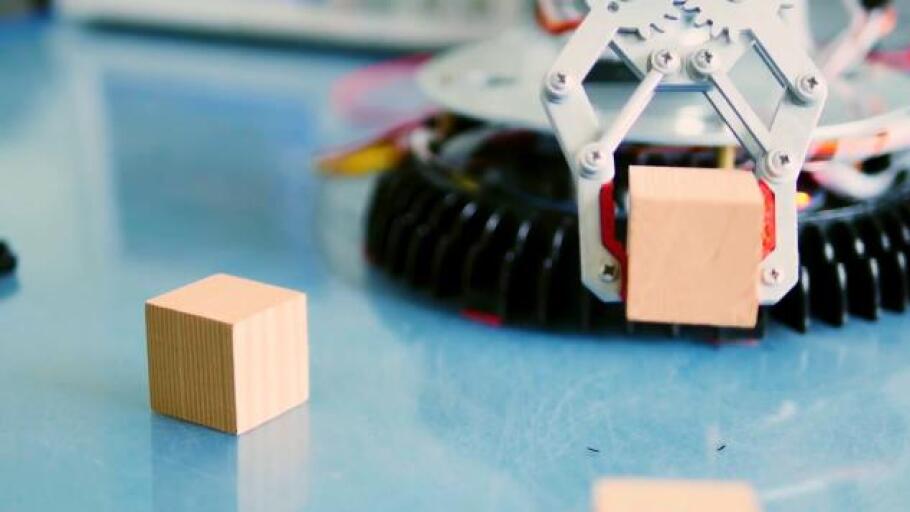