This Johnson & Johnson Patent Holder Is Helping to Save the Planet

Robert Predale co-developed GAIA—a unique tool that enables the company to make products that are kinder to the planet. For World Environmental Health Day, we sat down with him to learn about his patent-worthy invention.
By Kaitlin AhernSeptember 25, 2017
Share
Share
Today's Top Reads Close

Seven years ago, Robert Predale, Director of Environmental Product Stewardship at Johnson & Johnson Consumer Inc., had one of those simple yet revolutionary ideas. After a decade spent in consumer research and development at the company, Predale realized there was a need for an easy-to-use tool that could measure the environmental impact of the ingredients used in a product.

The idea was more than welcome at Johnson & Johnson, which has a core mission to positively change the course of health for humanity—and that includes helping protect the long-term health of the planet. 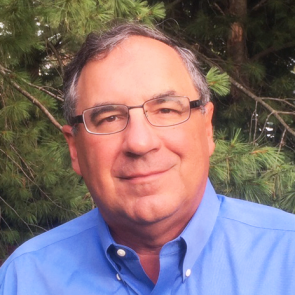 Since then, GAIA has been used to evaluate more than 450 ingredients. And, in March of this year, Predale and his team were awarded a patent for the unique tool.

Pretty amazing, right? We caught up with Predale to get the scoop on his revolutionary tool.

What inspired the idea and the name GAIA?

At Johnson & Johnson, we’re always asking ourselves how we can measure the work we’re doing, and I felt we needed to create something that could measure the potential environmental impact of our products. So it was really driven by a desire to create a performance metric.

GAIA stands for Global Aquatic Ingredient Assessment. But the acronym actually came first: In Greek mythology, Gaia is a primordial deity who personifies Earth. Gaia is the ancestral mother of all life—the primal Mother Earth goddess. So we thought the name fit perfectly.

As for the aquatic element, we knew Johnson & Johnson had existing programs that look at how we source ingredients and how we manufacture products, so we wanted to focus on how the customer uses the product and what happens when the contents enter a water system.

How does the tool work?

The GAIA tool measures the potential effect a specific ingredient has on the aquatic ecosystem. That includes the water, but it also evaluates the impact on sediments and species within that ecosystem.

The tool is being used globally to assess formulas for our consumer products, like body wash. For each ingredient, we look at three specific attributes: One is the likelihood that it will persist in the environment, so is it biodegradable? The second is what we call bioaccumulation—if the ingredient persists, will it bioaccumulate in the environment into specific species? And the last piece is toxicity.

What makes GAIA valuable is that we converted the science into an application that is meaningful and easy to understand for anyone.

We use these three parameters to create a score between 0 and 100. A score of 100 would be an ingredient that biodegrades and is gentle on the environment. For example, we have a potato-based surfactant used in lotions to make them smooth that scores 100.

What made the tool eligible for a patent?

There are generally accepted methods around the world to look at the PBT (persistence, bioaccumulation and toxicity) of a product or ingredient. While we did not reinvent anything when it relates to how you look at those—they’re pretty well-defined in the world of environmental toxicology and regulatory frameworks—we did revolutionize the process.

I think what gave us the patent is how we take those well-defined characteristics and create a score from 0 to 100—so what we did was unique because of the way we put it all together. What makes GAIA valuable is that we converted the science into an application that is meaningful and easy to understand for anyone.

It took two years to develop the tool, and then the patent took another five years. For the application, we had to document everything we did in extreme detail—it was minutia gone wild! It was such an involved process that I thought I’d be retired by the time it happened.

So when I first received the patent notification, I assumed it was a rejection, which was something our patent lawyer had cautioned me about. But upon careful review of the notice, I was shocked to learn the patent was granted—although I did do a Google search just to make sure!

How does the GAIA tool align with Johnson & Johnson’s company initiatives?

Johnson & Johnson has a goal that 20% of all revenue comes from products that have been designated as having Earthwards® status by 2020. To obtain this recognition, a product needs three improvements over an existing or similar product. Our consumer products can get one of the three points by creating a formula with a GAIA score of 80 or higher.

At a holistic level, we should always be trying to reduce our impact on the environment—this tool allows us to develop formulas that have less of an impact on the planet.