Johnson & Johnson Pledges $600,000 in Disaster Relief in Response to the Bushfire Crisis in Australia

169
It's just one way the company has mobilized to help the country with both emergency and recovery efforts in the wake of the large-scale fires.
By Johnson & JohnsonJanuary 15, 2020
Today's Top Reads Close

Like many across the world, Johnson & Johnson has been deeply moved by the scale of the devastating bushfires that have swept Australia.

In response to the crisis, which began in September of last year, the Johnson & Johnson Family of Companies ANZ initially contributed $50,000 to the Australian Red Cross Disaster Fund in November. Since then, as the enormity of the disaster has dramatically increased, the organization has been in contact with its disaster relief partners to determine how best to further support their work, both now and during the recovery process.

We will continue to do all we can to support the affected communities now and in the coming months.

To help do this, Johnson & Johnson is donating a total of $600,000 in financial support to the Australian Red Cross and St Vincent de Paul Society to aid people in the afflicted areas, as well as donating 200,000 units of personal care items in addition to its ongoing product donation program through Foodbank, an organization that helps fight hunger in Australia. The company is also providing uncapped paid leave for employees who are volunteering with emergency services working to combat the fires and their destruction.

Johnson & Johnson's thoughts are with those directly affected by these fires, as well as the brave firefighters, community groups involved in disaster relief efforts and all those volunteering in their communities.

"I’m proud to work at a company with a long history of providing assistance during disasters and an ongoing commitment to supporting the communities in which we live and work," says Sue Martin, Managing Director, Australia & New Zealand, Johnson & Johnson Medical. "We will continue to do all we can to support the affected communities now and in the coming months." 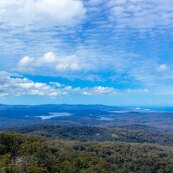