Share
The company’s first scientific director was responsible for groundbreaking innovations that surgeons use to this day. But there's a lot more to this Renaissance man's impressive story.
By Iris GrossmanDecember 14, 2016
Today's Top Reads Close
Share expand 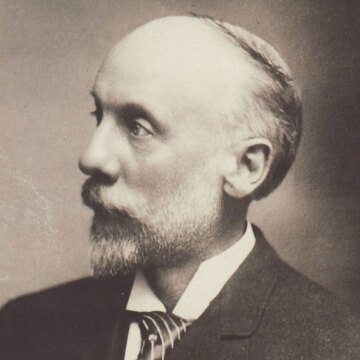 When brothers James Wood Johnson and Edward Mead Johnson founded Johnson & Johnson 130 years ago with just 14 employees, they probably never dreamed that the company would expand to include 129,000 people working in 60 countries.

In our new series, "Employee Blast from the Past," we'll chronicle the impact that some of Johnson & Johnson's most remarkable staffers have had on the organization, the healthcare industry and, in some cases, the world.

To kick it off, we're celebrating a pharmacist who played a crucial role in building the company into the scientific powerhouse it is today—so much so that he's the namesake of Kilmer House, a historical blog that documents Johnson & Johnson's early days.

Why He’s So Legendary …
Kilmer—who would have turned 165 this month—began his career as a retail pharmacist, but he found his true calling in promoting antiseptic wound care and sterilization procedures to minimize the risk of infection during surgery—concepts that were revolutionary at the time.

But that’s not all.

In addition to his scientific chops, Kilmer was a master of communication, serving as Johnson & Johnson’s Chief Publicity Officer who oversaw advertising and outreach to doctors, pharmacists and the public. 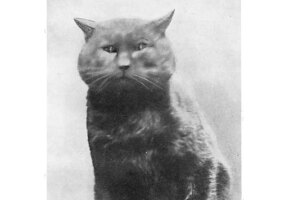 What Most People Don't Know …
Kilmer was an inveterate animal lover. He had three cats—one of whom made it onto the pages of Johnson & Johnson's publication for retail pharmacists that Kilmer edited, The Red Cross Messenger, to help illustrate an article about the history of felines in drugstores. He even kept a pet alligator in his pharmacy, located across the street from Johnson & Johnson.