Share
An avid runner. A fireman. A college student. What they share in common may surprise you—and the battle to get their lives back after debilitating diagnoses will inspire you.
By Nancy RonesMarch 28, 2017
Today's Top Reads Close

If you're standing in a crowd, chances are you'd have a tough time picking out who has an autoimmune disease. But given that 50 million Americans have a chronic autoimmune condition, you can bet that many people in that crowd could be quietly dealing with a diagnosis.

When you have a disease such as rheumatoid arthritis, psoriasis or Crohn's disease, your immune system mistakenly identifies healthy cells as the enemy—and launches an attack, causing inflammation that can trigger potentially debilitating symptoms throughout the body, from joint or abdominal pain to frequent diarrhea, depending on the individual nature of the illness.

It’s unclear what sets off this faulty reaction, but genes and outside exposures, such as infections, are believed to play a part.

Unfortunately, while there are currently no cures for autoimmune diseases, there are good treatments available for many of them, including newer therapies that target the inflammation-causing proteins.

For National Autoimmune Diseases Awareness Month, we're profiling three people you might never have suspected were suffering from a serious illness—to learn how they've managed to finely tune their conditions to live more productive lives.

“My disease didn't stop me from running races.”

“I was just a teenager when a friend and I went for a fateful run down to the beach in Florida. Suddenly, I had to find a bathroom; I actually sprinted three times looking for bathrooms on that run because of diarrhea. I just figured it was from traveling from cold to hot weather, or perhaps I'd caught a bug. 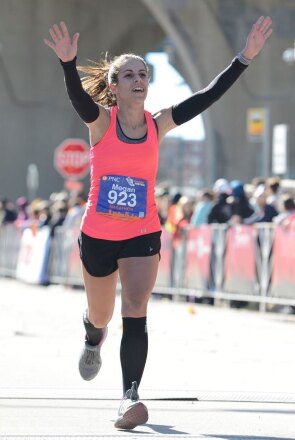 Starshak finishing a race in Milwaukee

Running was my life then. I was on the high school cross-country and track teams. But emergencies were becoming an increasingly major part of my life. Even when I wasn’t active, diarrhea and abdominal pains became more frequent and intense.

That summer, I went for a colonoscopy, and was diagnosed with ulcerative colitis, a disease that causes inflammation and sores on the lining of the large intestine. I thought: Let’s just treat this, and I’ll be fine.

I began taking the maximum dose of an anti-inflammatory—12 pills a day, which was a lot—but my symptoms still controlled my life. Occasionally, my doctor added steroids, which caused huge emotional swings. I didn’t sleep well. And I’d wake up super-early to rush to the bathroom; sometimes I wouldn’t make it.

It was an emotional decision, but I stopped running. It was too painful, and I’d have to make 10 bathroom stops on a half-mile run. Why bother?

In 2015, I ran my first race. I just kept thinking how fortunate I was to have the strength to run, and good health.

Over the years, I read about other drug options. Finally, six years after my initial diagnosis, I switched to a gastroenterologist who was open to new treatments. I felt hope when he said, ‘You’re 24, and you deserve to live your life.’

We tried a different class of drugs that decreased my immune system’s response. They helped, but not enough. Then he suggested an intravenous biologic, which I knew worked for people with inflammatory bowel disease (IBD).

In 2008, I had my first infusion. (I was also taking an oral immune-suppressing drug.) I began to notice that I didn’t have to run to the bathroom as often. I wasn’t 100%, but the urgency was gone.

It took a few years, but eventually I was able to get back into running, thanks to the improvement in my symptoms. I joined a running group in 2012. And in 2015, I ran my first race. At one point, I was really starting to slow down when I heard my name being chanted—my friends were gathered at a water stop and had everyone there cheering for me.

I know that not everyone with my condition is able to do something as physical as run a race. So, in that moment, I just kept thinking how fortunate I was to have the strength to run, and good health.”

“My disease didn't stop me from becoming a fireman.”

“One night, when I was 23, I went to sleep feeling a little sore. I woke up the next morning with intense pain and stiffness, like my whole body was in a concrete cast. My feet were the worst: Putting weight on them felt like walking on broken glass. 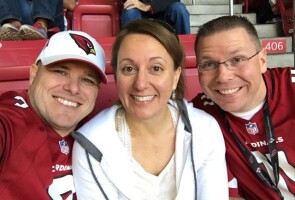 Siler (left) at a ballgame with friends

Every morning for the next year was like this.

At the time, I was going through the process of becoming a firefighter. It was my dream career—one that I'd been working toward for many months.

A doctor narrowed my symptoms down to an autoimmune disease or bone cancer, until blood work and a bone scan ruled the latter out. A rheumatologist didn’t think it could be rheumatoid arthritis, since I was so young. It took six months for another rheumatologist to confidently diagnose me with RA. I thought: OK, I’m not dying. I can beat this.

Mornings were bad, but a combination of a prescribed steroid, a non-steroidal anti-inflammatory (NSAID) and an immune-suppressing drug helped me struggle through grueling days at the fire academy.

Today, I’m the captain at the fire department. I wake up every day and say, ‘Wow, I love my life. What a gift.’

At work, I tried to hide the trouble I was having, but eventually it became impossible. There were constant twinges of pain. I began using up all of my sick time.

I was losing hope, and thinking the worst. After battling symptoms for a year, I broke down to my doctor. ‘We have to pull the trigger on something different, or I’m going to lose this job,’ I said. That's when she said there was an intravenous biologic treatment that some patients were having success with.

I had my first infusion in 2004. Over time, I was able to put weight on my feet with less pain. And today, I’m the captain at the fire department. I wake up every day and say, ‘Wow, I love my life. What a gift.’ ”

“My disease didn't stop me from graduating from college.”

“In August 2007, I was just about to start college. That’s also when I began having bad abdominal pains, with alternating bouts of terrible constipation and diarrhea. I had painful mouth ulcers, too, making eating and drinking excruciating. Everyone kept saying, ‘It’s just stress.’

“I Almost Died of Melanoma”: 3 Stories of Recovery and Lessons Learned
Share expand 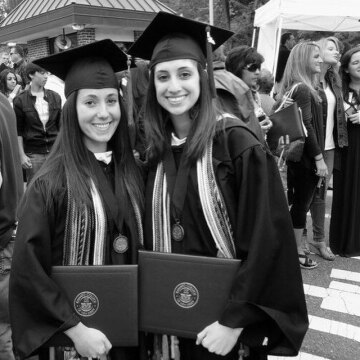 Flaccomio (right) at her college graduation in 2010

I tried different over-the-counter medications that a gastroenterologist had suggested, but the symptoms dragged on through my first semester. For weeks, I’d have awful bloating from constipation; then it would shift, and I’d run out of the dining hall with painful diarrhea. My dorm room’s private bathroom was a lifesaver. I’d sometimes have my books in there with me, since I was determined to get good grades.

Around Thanksgiving, I was home and having nonstop diarrhea. I felt so weak that my dad had to help me off the toilet. I remember telling my mom, ‘I’m not sure I’m going to make it to the morning.’

The next day, an emergency colonoscopy and endoscopy revealed that I had Crohn’s disease, which was active in my entire gastrointestinal system.

Several weeks after the infusion in July 2010, I went to the restroom and started crying. For the first time in three years, it wasn’t painful going to the bathroom.

By the end of my junior year, I had tried different oral medications prescribed by my doctor. My mouth sores had mostly subsided, but my constipation and diarrhea really weren’t any better. At least once a year, I was having a serious flare that required steroids or a hospital stay.

In June 2010, an imaging scan showed the Crohn’s manifesting in new places. So my physician suggested a biologic treatment given through an IV.

Several weeks after the infusion in July 2010, I went to the restroom and started crying. For the first time in three years, it wasn’t painful going to the bathroom. The relief came just in time for me to enjoy my senior year. I even graduated on time.

Although there have been ups and downs, the horrific abdominal pain has improved. I also take an oral anti-inflammatory to help keep my symptoms under control, and my doctor continuously evaluates the dosing and frequency of my infusions.

But my symptoms have definitely gotten better. I’m not curled up in a fetal position and running to the bathroom every five minutes.”