oday, there’s no doubt that encouraging students from all backgrounds and genders to pursue careers in STEM—that’s science, technology, engineering and math—helps foster the kind of innovative healthcare solutions that can extend and improve patients’ lives. 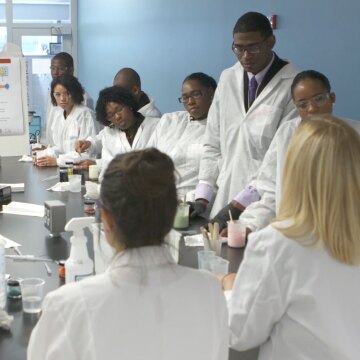 Scientist Mentoring & Diversity Program scholars and mentors in the lab

Yet, according to the latest numbers from the National Science Foundation, women and minorities continue to be severely underrepresented in science and engineering jobs.

The Scientist Mentoring & Diversity Program (SMDP) is trying to even that balance.

The one-year mentoring program, which Johnson & Johnson has sponsored for over a decade, pairs ethnically diverse students interested in STEM with mentors from the medical technology, biotechnology and consumer healthcare industries.

Over the past 10 years, the company has mentored over 50 post-baccalaureate, graduate and Ph.D. students and postdoctoral researchers—and even employed 16 of them.

In honor of Black History Month, we caught up with three up-and-coming scientists to learn about the potentially life-improving work they’re doing for Johnson & Johnson, and the crucial role the SMDP has played in their achievements.

In 2008, while earning his Ph.D. at the University of Medicine and Dentistry of New Jersey, Homer Adams III’s lab mates told him about a program for students like him called the SMDP. He thought it sounded like a great way to further his career ... one day. 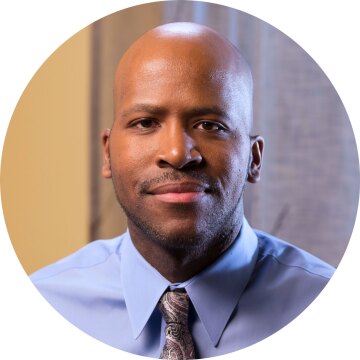 “I was a graduate student at the time, and my targeted career path was not quite mature yet," he recalls.

By 2012, though, as a postdoctoral fellow at The Lester and Sue Smith Breast Center at Baylor College of Medicine researching cancer biomarkers, he knew he was ready.

“I had made significant strides in my career,” Adams says. “I understood how to make the most of this unique opportunity to make a real difference for patients.”

As part of his SMDP program, a mentor took him on site visits to sponsoring firms, and helped him tailor his resume and prepare for interviews. “It was a great bridge from academia to industry,” he says, adding that helped make his subsequent job search “stress-free.”

In 2014, upon completing his fellowship, Adams was hired full time by Janssen Research & Development, where he’s now a lead scientist for global clinical trials in oncology.

“[Working in industry] has given me a 30,000-foot view of trying to treat disease,” he says. “I already had an appreciation for the basic science, but now I appreciate the teamwork that brings a new pharmaceutical drug to market.”

Adams also oversees initiatives designed to help create more visibility for the SMDP and its scholars at Johnson & Johnson. “We regularly meet with leadership to increase our visibility in the company,” he says. “I’ve always had great mentors, and it has always been my intention to pay it forward.”

As an undergrad receiving her bachelor’s degree in chemistry at Norfolk State University in 2005, Sherket Peterson knew she was passionate about science, but she wasn’t sure whether she wanted to pursue an M.D. or a Ph.D. 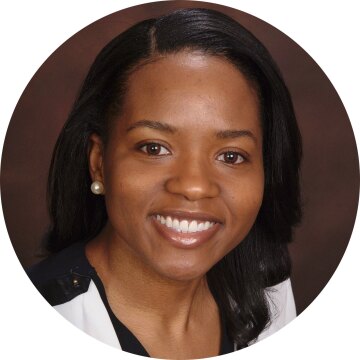 What she did know is that she didn’t want to work for a big company. “I thought researchers at companies just executed orders,” Peterson says. “I thought they had no freedom.”

After receiving her Ph.D. in pharmaceutical sciences from The University of North Carolina at Chapel Hill Eshelman School of Pharmacy, Peterson continued her research as a postdoctoral fellow at Johns Hopkins University School of Medicine, convinced that she wanted to pursue a career in academia.

At least, she thought she was sure. By chance, she was invited to a two-day SMDP open house, where she got the opportunity to present her research on a molecular mechanism that could aid the development of therapeutics to combat the long-term complications of diabetes to both Janssen Pharmaceuticals and Johnson & Johnson Consumer Products Worldwide.

A month later, she received job offers from both divisions—and accepted a position with the latter.

“I realized that my view of industry was based on one internship I’d had in the past,” she says. “When I joined Johnson & Johnson, I was basically told to design an entire project that could lead to a product that might one day be sold on the market. I was told, ‘Figure it out.’ To me, research is like putting a puzzle together, and I love having such few constraints on my creativity.”

SMDP and Johnson & Johnson are creating a talent pipeline for generations. You have a built-in network and a built-in family here.

Her division, Global Oral Care, includes the Listerine® line of products, and Peterson takes great joy in knowing that her research could impact a wide range of consumers. “Most scientists think there’s only a place for them in pharmaceuticals,” she says. “There’s a whole new world out there!”

Peterson also takes pride in impressing upon young minority scholars that they are part of something bigger than themselves. “SMDP and Johnson & Johnson are creating a talent pipeline for generations,” she says. “You have a built-in network and a built-in family here.”

It was early on in his scholastic career, as an undergraduate at The Fu Foundation School of Engineering and Applied Science at Columbia University, that Daniel Campo realized just how much he loved biomedical engineering. “I like the process of designing a ‘thing’ that solves a medically-related problem,” he says.

Evarrest®: The Little Patch That Can Help Surgeons in a Big Way
Share expand 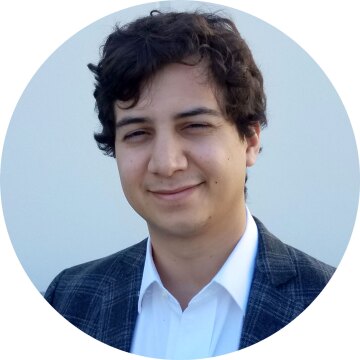 With his undergrad degree completed, he enrolled in the Fung Institute Master of Engineering program at UC Berkeley’s College of Engineering. He spotted a post about SMDP on the school’s Facebook page, applied—and was accepted.

As a mentee, Campo attended AdvaMed, a leading medical technology conference, where he not only learned a tremendous amount about industry, but also gained an appreciation for the importance of diversity in innovation. “The atmosphere of the SMDP allowed us to talk to industry leaders casually and face-to-face,” he says. “I got to know people better there than in any sort of 'regular’ networking situation.”

Afterwards, Campo was offered a rotation within the West Coast Development Program, a Johnson & Johnson initiative that focuses on medical device innovation. The program gives recent graduates the opportunity to rotate among five different businesses over the course of two years.

Currently, Campo is stationed with Advanced Sterilization Products, working on device sterilization, disinfection and cleaning technologies. “Every day, I’m faced with a medically-related problem that doesn’t yet have a solution,” he says. “I teach myself something new each day.”

He believes that diversity is key to such innovation. “A homogeneous workforce can be narrow-minded,” he says. “Different viewpoints allow for more original understandings of and solutions to design problems.”

Campo and his SMDP mentor meet regularly, and Campo serves as an ambassador of sorts to UC Berkeley. Once he finishes his rotation at Johnson & Johnson, he has the opportunity to be placed with one of the five companies within his program.

Career aspirations aside, he has other goals for the future. "I’d like to become a mentor myself,” he says. “That’s a few years away, but I’m excited to grow with the program.”