“I Almost Died of Melanoma”: 3 Stories of Recovery and Lessons Learned

With summer fun in full swing, the last thing likely on your mind as you’re planning a weekend at the beach or a BBQ pool party is the serious side of spending more time in the sun: an increased risk of developing skin cancer.

According to the American Academy of Dermatology, one in five Americans will be diagnosed with the disease in their lifetime. And the most deadly form of skin cancer, melanoma, is on the rise.

In fact, rates in the U.S. have doubled since 1982, and invasive melanoma is projected to be the fifth most common cancer for both men and women this year.

What makes melanoma so dangerous is its ability to spread throughout the body, says Steven Q. Wang, M.D., director of dermatologic surgery and dermatology at Memorial Sloan Kettering Cancer Center at Basking Ridge, New Jersey. While melanoma originates in the melanocytes—the cells that produce melanin, a protective, skin-darkening pigment—it can spread to internal organs quickly if it’s not detected early.

But the good news is, “about 70% of melanomas are picked up by patients themselves or family members and friends,” Wang says. “Most people who come into our office think they have a death sentence, yet the vast majority of melanomas we see are localized in the skin, which makes them treatable.”

That was the case for these three melanoma survivors, who all triumphed over the scariest news of their lives. From a funny-looking freckle to a diagnosis that came at the tender age of 18, these stories illustrate the importance of sun safety because skin cancer can affect anyone—at any age.

“I Found a Pink Pimple That Wouldn’t Go Away”

“I was 18 years old and had just started my first semester of college when I noticed a pink bump that looked like a pimple right at my hairline, near my scalp. I thought it was weird to have a zit in that spot, but figured it would just go away.

I tried an over-the-counter topical acne medication, but it just kept getting bigger—it was almost the size of a pencil eraser when I finally went to the dermatologist, who did a biopsy.

Around the same time, I noticed I had swollen lymph nodes in my neck. I went to an ear, nose and throat specialist, who took one out to see what was going on. He thought I had lymphoma.

The results from both biopsies came back around the same time and the doctors actually called my mom with the results since I was so young: It was Stage 3 melanoma, so it had spread to my lymph nodes. When my mom called to tell me the news, it didn’t really hit me. I just said, ‘OK, can I go to class now?’ And that’s what I did.

When class was over, the gravity of the diagnosis hit me. I couldn’t get out of my seat, and I started crying my eyes out. None of it really added up because I wasn’t your typical sun worshipper who went into tanning beds. But I was a fair-skinned athlete who got plenty of sunburns on my scalp during all those summers playing softball.

Right around that Thanksgiving, I went to Memorial Sloan Kettering hospital in New York City for what’s called a radical neck dissection. My doctor removed all of my lymph nodes from my collarbone to my ear on the right side. Then I started chemotherapy.

I insisted on going back to college and living as normal a life as possible. I didn’t let anyone know what was going on, so I’d go to class, and run to the bathroom when I had to get sick from the treatments.

RELATED: Watch Kristen Bell give pointers on having “The Talk” about sunscreen with your kids

I did four rounds of chemo—and it seemed to have worked. Then, about a year after my diagnosis, I went back for routine scans and a lymph node lit up in my lungs. I went back on the chemo drug and spent the entire summer after my sophomore year going to Sloan Kettering daily for radiation.

After this second bout of cancer, I had about 10 years of clean scans. The doctors told me that I’d made it; as far as they were concerned, I was cured. I got engaged, and life was great—until a few months after my engagement, when I found out I had thyroid cancer, which the doctors told me likely stemmed from the radiation I’d undergone to treat the melanoma. I found myself in surgery again, this time to remove my thyroid.

At 31, I am now in remission, and I make it a point to see melanoma doctors and endocrinologists to ensure sure I stay healthy. My friends love going to the beach with me because I bring everything: tent, sunblock, hat, sunglasses, long-sleeved shirt.

My husband and I want to have kids, but my doctors don’t want me to start trying. When you get pregnant, your hormones go crazy, and underlying cancers can get triggered as a result. Plus, I’d have to go nine months without being able to get any kind of radiological test.

But I know that people who go through what I did don’t often make it out alive, let alone have children. I feel so grateful that my outcome was good—my story could’ve ended in a very different way.”

“My Wife Noticed a Weird Freckle” 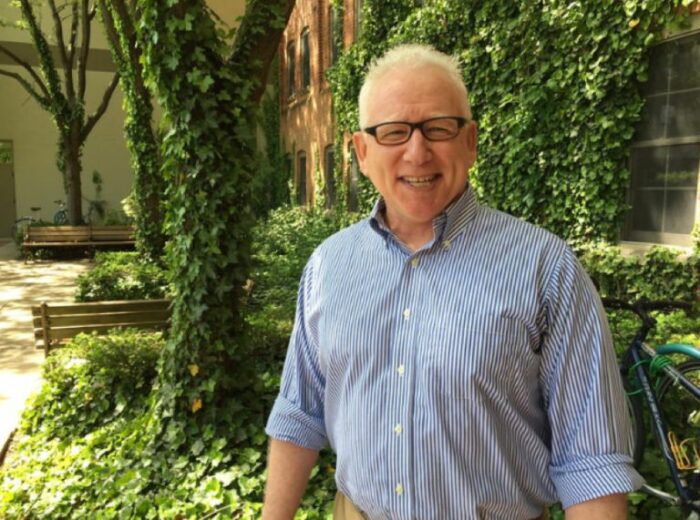 “I was always pretty convinced that I’d get skin cancer. I was a professional bike racer in the 80s, and nobody wore sunscreen back then. In fact, I’d go out and purposely try to lay down a base tan. Plus, I lived in Texas for much of my young adult life, where it’s warm and sunny even in the winter months.

In a nutshell, I’m the poster child for what not to do when it comes to skin cancer. Yet while I knew the odds were high that I’d get squamous or basal cell carcinoma—the most common and most treatable forms of skin cancer—melanoma didn’t cross my mind.

Some people think skin cancer isn’t a big deal—you just have the doctor ‘cut it out.’ I can tell you this: The sound of those biopsies was like a giant meat cleaver scraping against a mirror.

In 2005, when I was 47, my wife pointed out a little mole near my ear and nudged me to go to the dermatologist. I’d see it when I shaved, but didn’t think much of it. I definitely would’ve put off making an appointment if it wasn’t for my wife’s insistence.

After a biopsy, I got the diagnosis: Stage 2 melanoma. I thought: This could be really bad. Regardless of where it is, cancer is scary. And my cancer was on my face. Luckily, the melanoma hadn’t spread to my lymph nodes, and so the surgery was relatively straightforward. However, a year and a half later, my mole came back in the same spot near my ear—and it was twice as big.

That time, the surgery was trickier. I went through 12 hours of biopsies alone just to determine where it stopped. Some people think skin cancer isn’t a big deal—you just have the doctor ‘cut it out.’ I can tell you this: The sound of those biopsies was like a giant meat cleaver scraping against a mirror. It was awful. The good news is my doctor was able to get all of the cancer, which was still Stage 2 and had not spread.

Now I wear sunscreen, see my dermatologist twice a year, and go back any time my wife or I spot something that we think needs investigating. It’s so important to have a doctor who you can call when you see something. And, honestly, it’s also important to have your partner or a friend help you with skin checks.

Men aren’t very good about getting to the doctor. My dermatologist told me that if I had waited a year, my melanoma would’ve been Stage 3 or 4. If I’d waited two years, I’d likely be dead.”

"I Was the Last Person You’d Think Would Get Melanoma”

“When I heard the words, ‘you have melanoma,’ I literally gasped. I was 22 and had just graduated from college. When I told my doctor I was planning to go to grad school, he said, ‘Yeah, that’s probably not going to happen.’ 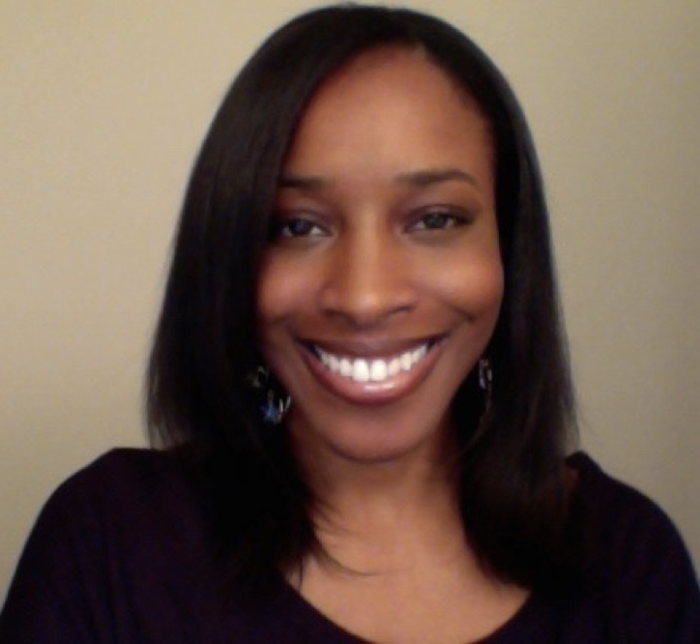 I had Stage 3 melanoma, so it was in my lymph nodes, and my doctor told me it was very close to being stage 4, which is when it spreads to your internal organs.

For about two years before my diagnosis, I’d had a lump near my bikini line that seemed to be slowly growing. A few months after noticing it, I went to my gynecologist, who told me it was nothing to worry about. I’ll never forget what she said: ‘If you don’t bother it, it won’t bother you.’ It’s crazy to think now how far from the truth that was.

In fairness, I didn’t look like the typical Caucasian woman with a mole. I didn’t check any of the high-risk boxes. Yet even though I’m black and had never been sunburned or stepped into a tanning bed, I still got melanoma.

Sometimes when I tell people I had melanoma, they say, ‘Well, you just had a mole removed.’ I get so angry because I actually had to have all of the lymph nodes in my pelvic and groin region removed, and I had to inject myself with a chemo drug weekly. Then I had radiation, which caused a big wound—kind of like a big burn—at my surgical site. I also have lymphedema in my left leg—a condition where the lymph fluid isn’t able to drain well, causing swelling and pain. I will struggle with this forever.

I know I’m lucky to be alive. I was told I wouldn’t live another five years. I wish more people would realize how many misconceptions there are around this condition—and skin color is one of them. Other cancers aren’t necessarily preventable, but this one is, if you take the right steps.

The Psychology of Skincare: A Behavioral Scientist Shares His Sun Protection Secrets

So protect yourself if you’re outside between 10 A.M. and 4 P.M. by putting on sunscreen and reapplying it. And if you see something suspicious, go to the dermatologist and get it checked out.

Learn from me: Don’t be afraid to question your doctors and be your own health advocate. If you feel something is wrong, seek until you get an answer that satisfies you. Take care of your body.”