Share
It's been 30 years since the first World AIDS Day was recognized. Jens Van Roey, M.D., shares how a fateful diagnosis coincidentally that same year transformed him from a humble physician into a tireless champion for those afflicted with the disease.
By Sheila WellerNovember 29, 2018
Today's Top Reads Close
T

He and his wife, Bieke, were about to go for a walk in their small town of Roeselare, Belgium—they already had their jackets on, he recalls—when the phone rang. Dr. Van Roey answered.

The man was grave and to the point: An HIV test Dr. Van Roey had taken had come back with a “problem.” And then he knew: He was HIV-positive.

That phone call forever changed the fate of this physician, who just retired as Director of Global Clinical Development, Global Public Health, Johnson & Johnson. It foretold a life of health challenges to come, but also positioned Dr. Van Roey as the ideal advocate who has dedicated his life to destigmatizing the disease, researching innovative ways to prevent its transmission and championing fair treatment for all sufferers—like himself.

From Hiding a Devastating Diagnosis to Shedding His Stigma

Before Dr. Van Roey received his diagnosis, he had been running a hospital in the Democratic Republic of the Congo with two other doctors, doing “obstetrics, surgery, pediatrics, gynecology—you name it.”

In 1983, he went on to found the Centre for the Physically Handicapped there, where he administered reconstructive surgeries to hundreds of children with poliomyelitis (a viral infection that can lead to permanent paralysis), enabling them to walk for the first time—an accomplishment he calls “incredibly meaningful.”

It was while he was home in Belgium after 24 months of service in Africa that he had taken a mandatory HIV test and learned he’d been infected somehow.

“It was like being smacked in the face,” he says. “Back then, there was no treatment for HIV.”

He was grateful, though, that his wife was standing there with him. Having her instantly know “was a big relief,” he says. “We had the immediate ability to protect her from infection, no matter how awful the news was.”

The couple opted not to tell their two children—then ages 4 and 5—until they were 9 and 10 because they felt the information would only confuse them at such a young age.

Dr. Van Roey also grappled with who else to tell—or not tell. In the end, aside from Bieke, he decided that no one else but the anonymous official in the Belgian government who’d delivered his diagnosis need know about it—not his boss, his colleagues or his patients. “This was a time of discrimination about AIDS,” Dr. Van Roey notes. “In the U.S., sometimes children who were infected couldn’t go to class, or were kept in isolation rooms.” 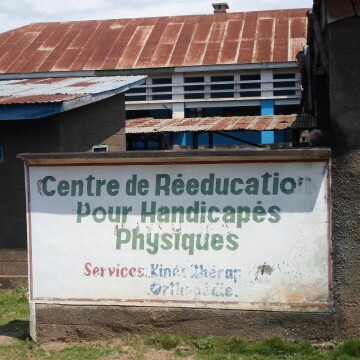 The Centre for the Physically Handicapped, founded by Dr. Van Roey in the Democratic Republic of the Congo

Then he faced a crisis of conscience. On his next assignment, working in Burundi with HIV patients, he realized that he was able, as a physician, to get access to crucial treatments that were unavailable to them.

“At any moment I would be able to receive antiretroviral medication and treatment for diseases that were a result of the HIV, like herpes zoster. But I wouldn’t be able to give those same drugs to my patients," he says. "You ask yourself: 'How do I live with this?' "

By this point, the doctor had begun revealing his condition to a few select confidants, in what he calls a “slow cascade,” and he discovered that it was a great relief to unburden himself.

I said, ‘This is unfair. I get my medication for free through the UN, but my colleague in Uganda doesn’t have access at all.’ That disparity—and the disparity between my privileged situation and my patients’ unprivileged one—was fundamental inequality.

“That’s the big problem with stigma around a disease—and with self-stigmatization,” he notes. “You close it all into yourself and then you have depression and other issues. If you’re not able to share your problems with someone else, how can you cope with them?”

By this point it was 1995, and the medication he'd been on was no longer able to keep Dr. Van Roey’s health—or his career—stable. He developed AIDS, as well as abdominal peritoneal tuberculosis while working in Namibia, and almost died. Colleagues would ask questions that he was hard put to answer honestly. “You feel that by telling people, you will be excluded from job opportunities,” he says. “I started panicking. I didn’t have much savings, and my wife had always partnered on my work without pay.”

Once he had begun to truly come to terms with his HIV status, he was ready to start helping others around the world with the disease to shed their stigma, too—and work on treatments that would allow them to enjoy healthier and longer lives.

Years earlier, while working at the Institute for Tropical Medicine in Antwerp, Dr. Van Roey had gotten to know distinguished AIDS researcher and activist Peter Piot, M.D., Ph.D., who was involved with the Joint United Nations Programme on HIV/AIDS (UNAIDS). Its mission: to end AIDS as a public health threat by 2030 as part of the United Nations (UN) Sustainable Development Goals.

He told Dr. Piot about his condition and his desire to find a more equitable way to destigmatize and treat HIV. Dr. Piot understood immediately. So in 1997, Dr. Van Roey joined UNAIDS as its programme development officer. He was tasked with organizing national responses to the HIV epidemic—and, as a mandate directly from Dr. Piot, to provide the virus with a human face within UN agencies and beyond.

“At the UN at the time, you had this situation: The corporate workforce would have access to antiviral drugs, but the local staff of the same agency would have no access, as well as a fear of not being hired if they revealed their status. It was an unjust double standard," he recalls. "So I said, ‘This is unfair. I get my medication for free through the UN, but my colleague in Uganda doesn’t have access at all.’ That disparity—and the disparity between my privileged situation and my patients’ unprivileged one—was fundamental inequality.”

So along with allies, including AIDS activist Noerine Kaleeba and others at UNAIDS, he penned an official UN document called “From Principle to Practice: Greater Involvement of People Living with or Affected by HIV/AIDS (GIPA).” The goal: to make clear, and remedy, the systemic discrimination and lack of institutional support facing people with HIV/AIDS both at work and in society.

At a subsequent meeting for World Health Organization employees in Geneva in 1998, Dr. Van Roey stood up and spoke out about the injustice of unequal access to medication. That meeting, he says, finally got the ball of progress rolling.

Over the next few years, agency after agency within the UN began to change their policy: Local staff partners would be treated with HIV medication as necessary—the same way physicians at the UN were.

Thanks to his role with UNAIDS, Dr. Van Roey was able to champion his work to numerous national governments and local organizations, particularly in Africa, to show what it was really like to live with HIV—and how important breaking down barriers around stigma was.

It's why Paul Stoffels, M.D.

"Dr. Stoffels showed his strategic vision by hiring me, with the explicit understanding that I would be a face for the HIV virus and motivate colleagues to find a solution for it," Dr. Van Roey says.

And the strategy worked.

"I became the first user of molecules we created to help control the HIV virus," he says. "As a result, my viral infection became undetectable in 2005, and 13 years later, it's still undetectable, thanks to those treatments."

Today, Dr. Van Roey is still fighting to stay in good health, having battled Hodgkin-like lymphoma, basocellular skin cancer, a hip fracture due to HIV-related osteoporosis and, just last year, spinocellular carcinoma of the tongue, among other AIDS-related ailments. “By now, I have a pretty good understanding of surgery, chemotherapy and radiotherapy,” he says, “along with swallowing big amounts of pills.” 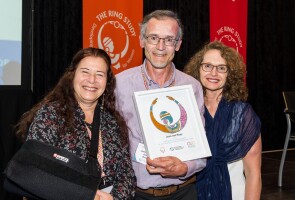 Dr. Van Roey (center) wins an award for his work on the vaginal ring

Still, he remains actively involved in the fight to combat HIV/AIDS. He is a member of the Scientific Advisory Board and the Access Advisory Board at the International Partnership for Microbicides (IPM), whose goal it is to keep women free from AIDS. He's also on the International HIV/AIDS Alliance’s board of trustees. A favorite project through this work, he says, was giving a session on HIV care, treatment and prevention to secondary school students in Kenya, even spending the night with them camping on their playground.

“It would be shameful—criminal—if, with my privilege, I didn’t reach out this way,” he says.

In addition to working on the clinical development of drugs for HIV and TB while at Johnson & Johnson, Dr. Van Roey also advised on how to offer better access to HIV treatment and care in resource-poor areas around the world.

His pet project, though, was and continues to be the development of a silicone vaginal ring that protects the vaginal and cervical membranes from the HIV virus and helps prevent infection.

The invention will be crucial to saving the lives of one of the world’s most disempowered and HIV-vulnerable populations: women in sub-Saharan Africa, particularly young ones.

“Clinical trials have shown that the ring works," he says. "It hasn’t been approved yet, but we are in the final stages.”

Creating and testing the ring has been a major team effort for the past 18 years, involving partners like the IPM, he stresses, much like combating AIDS is an enormous, worldwide effort.

But individuals can make a difference against the disease, too. A humble doctor who answered a grave phone call on an autumn day in Roeselare and became a patient, and patient advocate, is one of them. 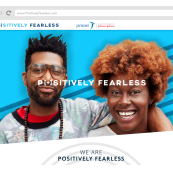