Share
Frederic Moll, M.D., has been called "the father of robotic surgery" for good reason—his inventions have helped pave the way for improved surgical procedures for decades. His new challenge: an innovation that has the potential to diagnose and treat disease at the same time.
By Sheila WellerApril 29, 2019
Today's Top Reads Close
P

icture this: You’re sitting in your doctor’s office when she informs you that you may have a tumor in your lung, based on a mass that a scan or X-ray picked up. It could be cancer—or it may just be a benign infection of a nodule. But you won’t know until you undergo a bronchoscopy, a procedure in which a surgeon will navigate a thin tube with a camera through your nose or mouth and down into the lungs to get a closer look at the mass. 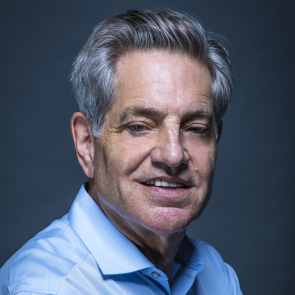 It's a procedure that can be imprecise, and may not even lead to a diagnosis.

"Its success depends on the skill of the physician at finding the nodule at the exact right location, which can be hard to see, particularly because the mass is sitting in tissue that's moving as the patient breathes," explains Frederic Moll, M.D., Chief Development Officer, Johnson & Johnson Medical Devices Companies (JJMDC). Dr. Moll is also the founder and former CEO of Auris Health, a medical robotics company that just became part of JJMDC this month.

Now consider a new version of the procedure, using Auris Health’s Monarch™ Platform. "Instead of relying mainly on surgeons' hands, robots help guide their instruments using small, precise motions to enter the lung and visualize and biopsy the target tissue with accuracy," Dr. Moll says. Plus, what if the tool could not only provide access to the mass, but also enable treatment of it?

“That’s the best-case scenario,” Dr. Moll says. And he should know: It’s what he’s been working toward through a collaboration with Ethicon, part of JJMDC.

The innovation is just the latest of Dr. Moll’s pioneering visions for surgical robotics—a burgeoning field focused on next-generation surgical techniques that have the potential to deliver improved diagnoses and improved noninvasive therapies at the same time.

The Call of Medicine

Dr. Moll has been called the father of robotic surgery, a title he says he doesn't mind. "Just don't call me the grandfather," he jokes.

Medical greatness was in his genes: His parents were both pediatricians, and his mother was the first female graduate of the Yale School of Medicine.

When he was just 14, an almost surreal “couple of hard years” ensued. First, during a family vacation to San Juan Island, his mother disappeared during a sailing accident, and not long after that, his father died, at 54, of a heart attack.

“I went to college trying to forget about my past,” he says. “I turned my back on medicine and majored in economics.”

But the world of healthcare was never far from his consciousness. When he read about a new surgical procedure called the pulmonary-cardiac bypass in the news, he was "struck by the fact that the bypass was saving the lives of men the same age as my father had been when he passed away," Dr. Moll recalls.

It was a lightbulb moment that ultimately inspired him to change course and enroll in medical school at the University of Washington. “I was entering my residency in the early 1980s,” he notes, “when minimally invasive surgery"—procedures done through small incisions and puncture wounds—"was more of a concept than a practice.”

But that would soon change, with his help.

It was during a gynecology rotation that Dr. Moll first witnessed laparoscopy, a minimally invasive procedure in which surgeons use a fiber-optic cable, or laparoscope, equipped with a camera so they can see what’s going on inside the body more clearly, and thus operate more accurately.

“I thought: This is such a fantastic capability, but it’s underutilized due to inadequate technology and training in it! Why isn’t this the future of general surgery?" he recalls. "I got this idea that the field wasn’t going to go anywhere without somebody improving these instruments.”

He wound up leaving clinical medicine to do just that, and had what he modestly calls “a good idea” that was ultimately licensed—the safety trocar, which covers the sharp tips of the laparoscope and other surgical tools so they do as little damage as possible as they enter the body. Eventually, Dr. Moll started a company focused on creating surgical tools suited to the new wave of laparoscopic techniques.

Today, surgical outcomes are based on whoever is doing the surgery, whether it’s a great surgeon or just an OK one. Robots have the potential to make optimal outcomes available to everyone.

“Somebody then directed me to work being done at the Stanford Research Institute on telesurgery and a way to develop it for helping soldiers injured on the battlefield,” he says. Through telesurgery, a surgeon in the MASH unit could send detailed instructions to a trauma unit far away on the battlefield so that his hand movements could be translated by doctors on the patient in the trauma unit. It gave Dr. Moll another good idea: What if you could translate a surgeon’s hand movements to a nimble tool working inside the body, without a human’s hands ever touching the tool itself?

That’s when the newly emerging field of robotic surgery became his driving focus, and in 1995, he founded another company that created the first robotic surgery system. Looking back, this was a memorable time in his career, he says, because "it was especially gratifying to experience firsthand the widespread adoption of robotics as a way to better treat patients.”

A World Without Disease—With Assistance from Robots

You can probably guess what happened next.

In 2009, Dr. Moll decided to start Auris Health “because I got the bug to do something new.” Again.

Enter the Monarch Platform: a compact machine with two outstretched armlike instruments that can be used to help detect lung cancer. And through his alignment with Johnson & Johnson, Dr. Moll hopes that, with further development, the day will come soon when his dream scenario—that the robot can not only diagnose cancer, but also remove the tumor in one fell swoop—becomes a reality. 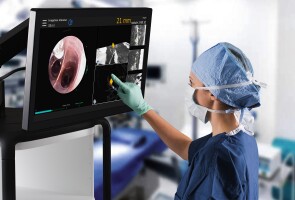 It would be an achievement that dovetails with Johnson & Johnson’s own vision of creating a “World Without Disease” through treatments and products that have the potential to catch illnesses like lung cancer in early, curable stages; intercept them in patients who already have them; and, ideally, prevent them from happening in the first place.

Despite his passion for robots, Dr. Moll insists that he’s not gunning for machines to replace surgeons. On the contrary, the father of three daughters and a son is a people-first idealist who loves listening to '60s rock—especially his “fellow Seattle hometown hero” Jimi Hendrix—skiing, and reading detective and history novels.

One recent book that has really resonated with him is a memoir, though: the best-selling Hillbilly Elegy, which has been praised for its take on the social and economic challenges of the American working class. (The author, J.D. Vance, actually once worked for Dr. Moll.)

Perhaps that’s no surprise, given Dr. Moll's desire to level the medical playing field for all patients, everywhere.

“Today,” he explains, “surgical outcomes are based on whoever is doing the surgery, whether it’s a great surgeon or just an OK one. Robots have the potential to make optimal outcomes available to everyone.”

In fact, what drives Dr. Moll most isn’t just the thrill of new technology, but his belief that healthcare is the most important thing a society can offer its citizens.

“We have great scientists. We have great infrastructure to deliver the best healthcare on Earth. And we do deliver it to some people, but not to everyone,” he says. Dr. Moll pauses, then says, passionately, “We, as a society, have to figure it out.” 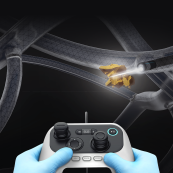