Share
It's right in the company Credo: Prioritizing the needs of the people it serves is what Johnson & Johnson is all about. And the unsung heroes of the Customer & Logistics Services team truly bring this mission to life, making magic happen in dire situations.
By Jennifer GaramOctober 01, 2017
Today's Top Reads Close
A

lot has to happen behind the scenes to get healthcare products and supplies delivered to the people who need them most. If you aren't intimately familiar with all the complexities that go into fulfilling an order, it’s easy to take this artful balancing-act process for granted.

At Johnson & Johnson, thousands of customer service representatives work hard each day to ensure smooth deliveries and a seamless experience for customers—sometimes in life-threatening situations and in the aftermath of natural disasters, like floods and earthquakes.

Take Hurricane Harvey: As part of the company's large-scale disaster relief efforts, Janssen Pharmaceuticals, a member of the Johnson & Johnson family of companies, expedited the delivery of critical antifungal and antibacterial medications to Texas in the wake of the storm.

And that's just one example.

As Customer Service Week kicks off, we’re spotlighting four Johnson & Johnson customer service representatives around the world who have gone above and beyond to help change lives.

Helping a U.S. Veteran in Need of Spinal Surgery 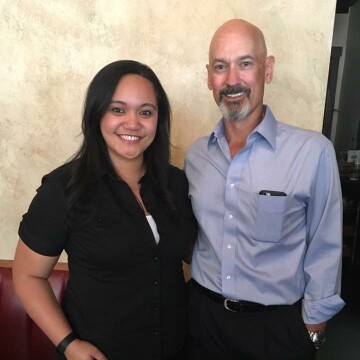 Salamo with Dr. Cain, who performed the surgery she helped facilitate

When Ashley Salamo was a sophomore at the University of Colorado, Colorado Springs, she read Johnson & Johnson’s Credo in the textbook of her leadership class—and it made a lasting impression on her.

Little did she know that, 10 years later, she’d be working as a customer service rep for the company, and have the opportunity to personally put that Credo into action.

In the summer of 2016, Salamo received an email from the product director for Synfix® Evolution, a new product for spinal surgeries that was being used in Europe. It had been approved by the Food & Drug Administration (FDA) in the U.S., but was not yet on the market.

There was a U.S. veteran in Denver who needed it for surgery to help relieve his debilitating back pain, but it had been difficult to obtain the required approvals in order to release the product—and they needed Salamo's help because the surgery date was rapidly approaching.

A Medical Miracle in Mexico: The Fabiola Lopez Valenzuela Story

“I literally walked from department to department at Johnson & Johnson, asking what we could do to get these products released,” Salamo recalls.

Working long hours, she collaborated with the sets department, the evaluations department, engineers and the warehouse in order to obtain all the required approvals and make sure that the product was packed up and ready to be delivered to the hospital for the veteran’s surgery. Because the device was FDA-approved, the team was able to successfully push for expedited delivery.

The surgeon was so impressed with her efforts that he invited Salamo to witness the operation—standing right behind the surgeon. Through the experience, Salamo got to live out Johnson & Johnson’s Credo to a tee: “We were taking care of our patient, our employees were helping one another and we were helping our community because the surgery took place nearby in Denver.”

“It was astounding,” she adds. “Other than having a child, it was probably the best experience of my life.”

Mobilizing for Earthquake Victims in Greece 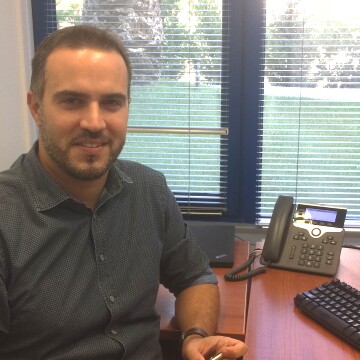 Patragas at work in Athens

Nikos Patragas was returning from a business trip this past July, and when his flight landed in the middle of the night, he learned that there had just been a 6.7 magnitude earthquake on the Greek island of Kos.

Patragas oversees customer service for the consumer and pharma sectors in Greece, so he quickly reached out to his counterpart, Issan Iakovou, who oversees the medical sector, to coordinate efforts to reach out to Johnson & Johnson customers on Kos island, including the public hospital, to find out what products might be urgently needed.

The hospital needed medical supplies—primarily sutures and hemostatic gauzes—for use in surgical operations. Johnson & Johnson offered these products as a donation free of charge, and arranged to have them delivered.

How Johnson & Johnson's Supply Chain Made Strides in 2016

There was just one problem: The port, which was the normal shipping route for deliveries to the island, had been badly damaged in the earthquake, rendering it inaccessible. So Patragas figured out a way to have the products sent from the warehouse that same day via air courier service.

“We feel really proud to have contributed during this crisis, and it was mainly our connection with the business on one end and our connection to the customer base on the other that allowed us to do so,” Patragas says. “It’s during these extraordinary times that you feel you’re part of a broader chain that's really holding up the customer.”

Patragas says the most important quality to have working in customer service is deriving genuine satisfaction from helping others, and to not only meet customers’ expectations, but to exceed them.

“It’s very personal at the end of the day,” he says.

Expediting Lifesaving Surgery for a Young Boy in Russia 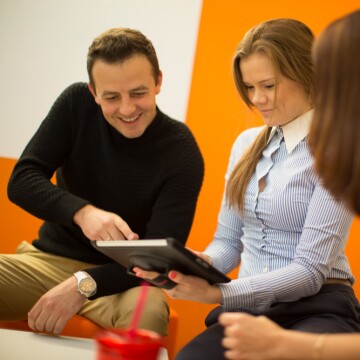 Scheglova at a customer service meeting

Early in 2016, Nadezhda Scheglova was contacted by a distributor about an urgent medical equipment order needed for a boy who'd been diagnosed at birth with a cerebrospinal hernia, a type of spinal malformation.

He was now 12 years old and his condition had suddenly progressed to the point that any further growth of his body could be fatal. He needed spinal surgery using the DePuy Synthes Expedium® 5.5 Spine System—that very same day.

A normal, nonurgent order can take around three business days to ship, but Scheglova was able to organize and execute same-day delivery to the hospital.

The result was a successful surgery: Not only did it save the boy’s life, but a few months later, the formerly wheelchair-bound boy was able to take his first steps without any help from others.

Scheglova still gets emotional thinking about it. “Knowing that you can help, that you can save somebody," she says, "that’s the most rewarding part of the job.” 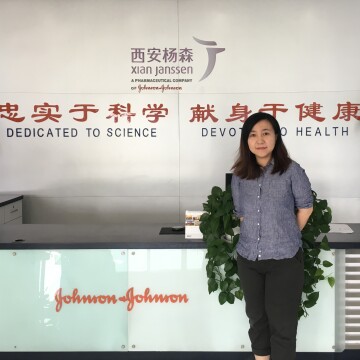 In the summer of 2016, China was hit with record-breaking floods during monsoon season. Ultimately, an estimated 32 million people across 26 provinces were affected.

Xi’an Janssen, the pharmaceutical branch of Johnson & Johnson in China, decided to step in and make a donation toward disaster relief.

Due to the risk of fungal skin infections during times of flooding, Janssen planned to donate two products—a medication to treat infected skin and a powder that would keep feet dry and prevent infection when applied to shoes and socks—to the Chinese Red Cross Foundation (CRCF) to distribute.

It was up to Xi Wang and her team to carry out this disaster relief effort—but there were two challenges.

First of all, the powder was out of stock in the Xi’an plant warehouse. Secondly, due to a China Food and Drug Administration regulation, all donation goods had to be labeled with a “Not for Sale” mark at the plant. And the plant was on the verge of its annual two-week shutdown.

Wang immediately got to work collaborating with the logistics team to get the out-of-stock powder transferred from the distribution center to the plant warehouse, and worked with the plant manager to arrange overtime for production line employees so the required labeling could be completed before the annual shutdown went into effect.

This entire process was accomplished in only four days, and about 44,000 units were donated to the CRCF and delivered to flood victims. 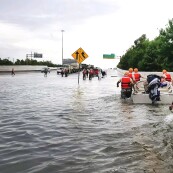