Share
For Men’s Health Month, school yourself on the latest screenings and treatments for this most common male cancer.
By Hallie LevineJune 10, 2018
Today's Top Reads Close
C

Let’s be honest, men—that’s probably not something you do much. And who can blame you? The walnut-sized gland is buried below your bladder, where it tends not to get much attention.

Until, that is, there’s a problem with it.

Indeed, prostate cancer is the most common cancer in men. The American Cancer Society (ACS) estimates there will be about 248,530 new cases of it this year, and almost 34,000 deaths from it.

And yet there’s still a lot of debate about the best ways to screen for and treat the disease, which is why, for Prostate Cancer Awareness Month, we tapped top experts to decode the latest thinking on preventing, detecting and treating prostate cancer.

The current standard test to screen for prostate cancer is a blood test that measures prostate-specific antigen (PSA), a protein made by the prostate. Elevated protein levels could be a sign that you either have an enlarged prostate, or you could have prostate cancer.

Until about a decade ago, most primary care physicians and urologists routinely screened all men over age 50 using the PSA test, but that thinking has since changed. The United States Preventive Services Task Force (USPSTF), for example, came out with guidelines last year recommending that men ages 55 to 69 decide individually with their doctors on whether and when to undergo PSA testing.

“There are limitations to PSA screening, including a high false positive rate that may lead to unnecessary biopsies that can carry risks like bleeding and even infection,” explains Matthew Raymond Smith, M.D., Ph.D., director of the Genitourinary Malignancies Program at Massachusetts General Hospital in Boston.

Only about 25% of men with high PSAs have prostate cancer. The rest could have elevated levels for reasons ranging from an enlarged prostate, recent sexual activity; or even a long bike ride.

In fact, only about 25% of men with high PSAs have prostate cancer. The rest could have elevated levels for reasons ranging from an enlarged prostate, which isn't necessarily a sign of cancer; recent sexual activity; or even a long bike ride.

And while it’s true that annual PSA screenings do pick up more cancers compared to men who are not screened, research also suggests this doesn’t significantly lower the death rate from prostate cancer.

As a result, the ACS now recommends discussing PSA screening with your doctor at age 50, at age 45 if you are high risk, which includes African-Americans (this population is more likely to get the disease) and men with a first-degree relative who was diagnosed with prostate cancer before age 65, or at age 40 if you have more than one first-degree relative who was diagnosed with the disease at an early age.

Some men with prostate cancer may not need immediate treatment.

If you’re diagnosed with early, low-risk prostate cancer, experts now believe you may not need to do anything about it at first.

“Sometimes tumors are so small, and grow so slowly, that it’s reasonable to just monitor them closely, which is a process known as active surveillance,” Dr. Smith says.

A landmark study that followed 1,643 men with low-risk prostate cancer found that whether they opted for surgery, radiation therapy or active surveillance, their survival rates were about the same: Each group had a prostate cancer-related death rate of about 1%.

Note, though, that if you do opt for active surveillance, you’ll still need to be monitored with periodic biopsies, prostate exams and PSA blood tests every six to 12 months, Dr. Smith says. If the cancer should show signs of progression, you’ll need to start active treatment.

There are things you can do to help reduce your risk of developing prostate cancer.

While there’s no way to completely cancer-proof your body, adopting these lifestyle habits may help lessen your chance of developing it: 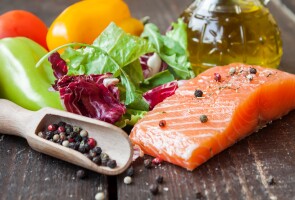 Eat a Mediterranean-style diet. Think plant-based foods like fruits, veggies, whole grains, legumes and nuts, and heart-healthy fats like olive oil and fatty fish. According to a study published earlier this year in The Journal of Urology, men who adhere to such a diet have less risk of developing aggressive prostate cancer than those who eat a more Western (hello burger and fries!) diet.

Maintain a healthy weight. Research shows that being overweight or obese raises the risk of advanced prostate cancer, according to a recent report released by the World Cancer Research Fund. A study presented this January at the American Association for Cancer Research’s Special Conference also found that men who've had prostate cancer in the past have a higher chance of recurrence if they are obese.

Don't fall for unsubstantiated hype. You may have heard that taking supplements, such as vitamin E or selenium, may lower your risk of developing prostate cancer, but there’s no research to support this. In fact, a study published in the Journal of the American Medical Association found that popping vitamin E supplements could actually increase your prostate cancer risk.

Prostate cancer can be emotionally devastating.

Being diagnosed with any type of cancer can be overwhelming, but men with prostate cancer may be particularly vulnerable to mental distress.

“Men tend to internalize their emotions, and so we often don’t have the tools to handle stressors,” says Sumit Subudhi, M.D., Ph.D., a prostate cancer specialist at MD Anderson Cancer Center in Houston. “This is particularly true with prostate cancer, which impacts functions like urination and erections—subjects most men aren’t comfortable talking about in general.”

Men who undergo hormone therapy—during which they’re deprived of the testosterone that may be fueling their cancer—have higher rates of depression than men who receive other forms of treatment.

In addition, men who undergo hormone therapy—during which they’re deprived of the testosterone that may be fueling their cancer—have higher rates of depression than men who receive other forms of treatment, according to a 2016 study published in the Journal of Clinical Oncology. “Testosterone helps boost mood and overall emotional well-being,” explains Dr. Subudhi.

Bottom line: Don’t be afraid or ashamed to admit to any emotional effects of prostate cancer, and help stave them off through self-care tactics, like good sleep, frequent exercise and even therapy.

Support groups can also be a big help. Visit CancerCare.org to find an online group for prostate cancer patients, and Cancer.com to locate advocacy groups near you that you can attend in person.

Surgery and radiation aren't the only forms of treatment today.

The first-line treatments for prostate cancer are usually surgery and radiation. But when those options don't work, medications may be administered by your doctor. 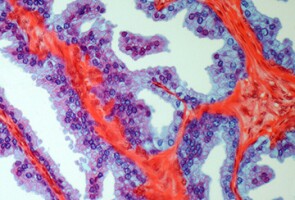 There’s also non-metastatic castration-resistant prostate cancer (NM-CRPC), a form of prostate cancer in which malignant cells continue to flourish—and the PSA continues to rise despite conventional hormone therapy—but the cancer has not yet spread to other parts of the body.

This is why research for prostate cancer is so important, adds Dr. Yu, because the majority of patients with NM-CRPC will eventually develop bone metastases, at which point their prognosis dramatically worsens. “Anything we can do to slow down metastases," she says, "is incredibly important for both patients and their families." 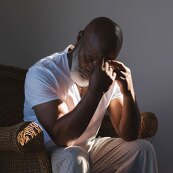 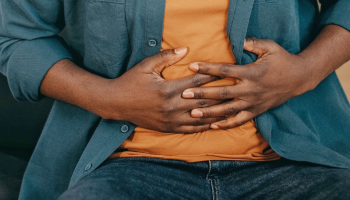 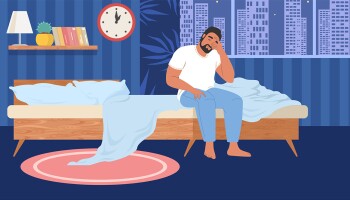 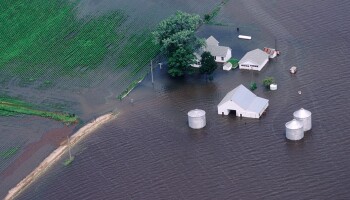