The Next Frontier in Cancer Care: What You Need to Know About CAR-T Cell Therapy

It's been in the news, but what does CAR-T really mean for patients? Immuno-oncology expert Iqbal Grewal, Ph.D., explains why the treatment has the potential to be a game changer for people with all types of cancer down the road.
By Ginny GravesAugust 14, 2017
Share
Share
Today's Top Reads Close

Last month, a treatment for a tough-to-treat form of childhood leukemia made headlines when an advisory panel voted 10-0 in favor of the U.S. Food and Drug Administration (FDA) approving the medication, known as chimeric antigen receptor, or CAR-T cell therapy.

If approved, the treatment will be the first-ever gene therapy available in the U.S., opening the door to a new era in medicine.

Reports are calling this a “living drug.” What does this mean?

CAR-T cell therapy is focused on genetically transforming a patient’s own T cells—white blood cells that are part of the immune system’s cancer-fighting arsenal—to target and kill a specific form of cancer. These transformed T cells carry a protein called chimeric antigen receptor (the CAR in CAR-T) on their surface that recognizes the cancer cells.

This differentiates the treatment from traditional chemotherapy drugs because they may destroy not only cancer cells but also healthy cells at the same time.

To answer your question, another advantage of this new approach is that T cells live for a long time, so they can keep killing new tumors that pop up—which means patients could potentially stay disease-free for an extended period.

Who is this new therapy designed to treat?

It has been tested in children and young adults with B-cell acute lymphoblastic leukemia who have relapsed when using other therapies. These patients typically have no treatment options left, so their illness is often fatal.

Increasingly sophisticated gene editing technology, along with an evolving understanding of T cell-based therapy, is fueling major research in this area.

When researchers at the University of Pennsylvania looked at the gene therapy in these patients, they found it clearly offered significant benefits.

Are there any risks associated with this new form of therapy?

Long-term risks are uncertain. As a result, the FDA may require the drug's researchers to follow patients for the long term to assess the potential risks.

But when you look at the benefits of the treatment, it may still make sense to offer it to this group of patients who have essentially run out of options.

What are the implications for the future of cancer treatment if this drug is approved?

A number of patients who have received the treatment have gone into remission—and that’s hopeful—but researchers need to do more work. For instance, most of the gene therapies that are currently in later stages of development only work in liquid tumors, like blood cancers.

But there’s a growing pipeline of next-generation approaches that could potentially improve the effectiveness in solid tumors, too. Increasingly sophisticated gene editing technology, along with an evolving understanding of T cell-based therapy, is fueling major research in this area.

The race is on, for sure, to find the next generation of compounds that can supercharge the immune system. The outcomes of ongoing clinical trials will certainly provide direction for the development of safer and more effective CAR-T cell therapy for both liquid and solid tumors, which has the potential to transform cancer treatment. 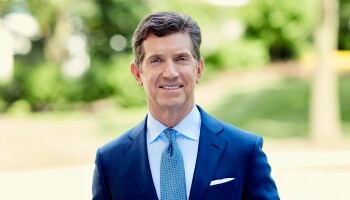 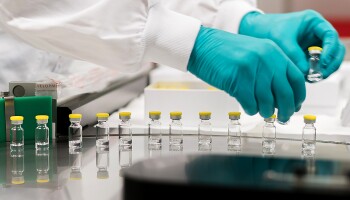