Meet the Man Who's Taking On the Emperor of All Maladies: Cancer

Share
Siddhartha Mukherjee, M.D., made his name as an oncologist, researcher and Pulitzer Prize-winning writer. Now he's the scientific adviser of an immuno-oncology start-up that's tackling a rare form of leukemia. In an exclusive interview, he reveals his vision for the future of cancer treatments.
By Kristen MasciaJune 05, 2019
Today's Top Reads Close
D

ecades ago, as a young, enterprising medical student and researcher, Siddhartha Mukherjee, M.D., found himself drawn to a particular medical puzzle. 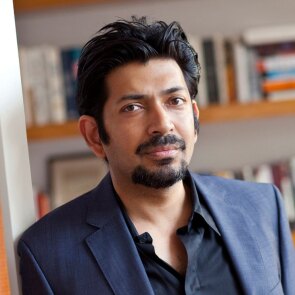 He’d happened upon the work of Stephen Paget, a 19th-century cancer researcher who made what was then considered a startling observation: Breast cancer seemed to crop up in a pattern, in particular organs and specific locations. Certain sites within the body, such as the bones of the hands and feet, seemed resistant to cancer, inhospitable. Paget used the analogy of “seed and soil”: The cancer—the seed—couldn’t take hold in the spots in the body where the soil wasn’t fertile. Why?

That’s one of the key questions Dr. Mukherjee, associate professor of medicine at Columbia University and the winner of the 2011 Pulitzer Prize for his seminal cancer biography, The Emperor of All Maladies, has sought to crack over his brilliant career. What sets the stage within the body for a cancer to spread, and then flourish? Why do some cancers metastasize in some cancer patients, but not in all of them?

Now, as co-founder of Vor Biopharma, Dr. Mukherjee hopes to one day soon be able to offer patients battling acute myeloid leukemia (AML), a rare and deadly type of blood cancer, an immuno-oncology therapy that works in their unique microenvironment—their soil.

This week, Dr. Mukherjee speaks to this work at the annual BIO (Biotechnology Innovation Organization) International Convention, in a keynote sponsored by Johnson & Johnson, which recently made an equity investment in Vor Biopharma through its venture capital arm, Johnson & Johnson Innovation - JJDC, Inc.

Dr. Mukherjee took time out of his busy schedule leading up to his talk to share his latest findings, the cancer breakthroughs he thinks may be headed our way and how he comes up with his best ideas.

What about Stephen Paget’s work captured your attention as a young researcher?

Each person’s body, and the organs within it, provide an array of microenvironments for a potential cancer to grow, or not grow. A question that I think has been relatively neglected in cancer therapy until recently, one that he touched on so long ago, is: How do we change the cancer microenvironment to make cancer cells more susceptible to chemotherapy?

We’ve spent an enormous amount of time thinking about the genetics and the genomics of cancer cells and how to direct therapies against the gene products they make. But I’ve always been more interested in looking at their microenvironment—their home.

Why is it that the cancer cells can exist in a particular environment, and can you change the homes that foster these cells, allowing them to live and survive? Why do certain cancers only metastasize to certain places in the body? What about those homes allow those cancers to exist? Why don’t they go to other places?

Three years ago, you co-founded Vor Biopharma—an immuno-oncology company developing novel therapies for treating cancer. What's your goal with it?

Several years ago, this idea came to me in my laboratory at Columbia. The basic problem in cancer immunotherapy is that often you can find antigens, or specific markers, in cancer cells against which you can direct immunotherapy. But those same antigens are present in normal cells, too. So when you treat with immunotherapy, you kill the patient’s cancer, but you also kill their normal cells, so patients’ toxicity threshold is rapidly reached and they can’t be given more drugs.

We decided to look at the possibility of removing these antigens from normal cells. When you do that, you make the markers cancer-specific—you basically bioengineer a cancer-specific target. And if you do that, it turns out, you can direct immunotherapy against cancer cells within a nearly infinite therapeutic window.

It’s very, very exciting because no one has ever attempted this kind of therapy before. People have always concentrated on what’s on the cancer. We looked at the problem upside down and said, “Well, rather than look at the cancer, let’s worry about what’s in the normal cells.” We inverted the problem, and in doing so, made a rather startling discovery.

When we say a person is in remission, it means they have no detectable cancer. But we know that people may have minimal residual disease left over. Those patients inevitably relapse and die. With Vor, we want to catch the cancer when it’s least detectable, but possibly still there.

You say that Vor can catch cancer when it’s “already been beaten down” post-remission. How does that work?

When we say a person is in remission, it means they have no detectable cancer. But that is a state of our minds—not a state of the mind of the disease.

Cancer.com: A New Online Resource Custom Built for Patients and Their Caregivers

We know that even when there’s no more detectable cancer, people may have minimal residual disease left over. Those patients inevitably relapse and die because we can’t treat them any longer. With Vor, we want to catch the cancer at its most vulnerable, which is when it’s least detectable, but possibly still there.

This treatment is being developed for blood cancer patients first, but could you someday envision it being used for other cancers?

We think so. We started with AML because it’s easier to delete genes from blood stem cells and transplant them into human bodies. With solid tumors, you’d have to delete the genes from the solid organ, and it’s much harder to do that transplant in human cells. But, in principle, we can imagine a strategy like this that could potentially work in certain solid organs.

What other areas of cancer research fascinate you right now?

We are doing a lot of work on metabolics. For example, we know that insulin has an effect on cancer treatment resistance. So in one of our models, patients went on a ketogenic diet [high fat and low to no carbs] so that they metabolized ketones [a byproduct of burning fat for energy, not carbohydrates, or glucose] while taking our treatment.

We then published a paper showing that if you change the way the body metabolizes glucose, for example, you have the potential to make a cancer cell sensitive to a chemotherapy to which it may have been previously resistant.

What keeps you up at night?

That we’re still struggling to find less-known preventable carcinogens that we can take away from our environment. We’ve found some—viruses such as HPV are good examples—but the list is quite small, surprisingly and sadly.

Aside from the known carcinogens, which are very well-characterized—cigarette smoking, for example—the list of things that most people can do to prevent cancer (aside from people who work in specific industries, where there are specific toxins) is not so obvious and not that detailed.

What can individuals do to make themselves less vulnerable? It’s not like you can just eat a handful of blueberries and prevent cancer.

You have so many projects in the works. Where do your best ideas come from?

Virtually all of my best ideas come after a long run! A run can shake them out of my brain after a while.

Interacting with patients can also be energizing. You know what the challenges are, and you know what you want to do for them. It’s very clarifying. I like developing medicines that make a difference in people’s lives. 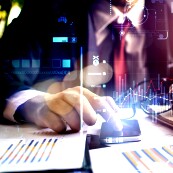