The Quest to Make Neurodegenerative Disease a Thing of the Past

118
Imagine reversing the course of conditions like Alzheimer's or multiple sclerosis, in which cells of the central nervous system stop working or die. Researchers at Johnson & Johnson are hot on the trail of innovative solutions that may do just that, preventing often-debilitating symptoms along the way.
By Hallie LevineAugust 10, 2022
Today's Top Reads Close

What if you could get a treatment to stave off Alzheimer's disease? Or take a medication for multiple sclerosis (MS) that fits your symptoms, preferences and lifestyle?

In the not-so-distant future, these seemingly far-fetched innovations could actually be a reality. And Johnson & Johnson is hard at work on them, and other solutions aimed at tackling neurodegenerative diseases—because there's no time to waste.

Neurodegenerative diseases affect millions worldwide. Fifty-five million people around the world are living with dementia, and an estimated 60-70% of those people have Alzheimer’s disease. And globally, 2.8 million live with MS. As people age, the likelihood of being diagnosed with a neurodegenerative disease only increases. These conditions, in which nerve cells in the brain and nervous system become damaged and sometimes die, currently have no cure.

Innovating to Improve Mental Health Across the Globe

For more than three decades, Johnson & Johnson has made it its mission to understand these devastating disorders, working to find ways to identify these diseases early, stop them from progressing and potentially even find cures.

"We have a strong legacy in this area," says Bill Martin, Ph.D., Global Therapeutic Area Head, Neuroscience, at Janssen Research & Development, part of the Janssen Pharmaceutical Companies of Johnson & Johnson. For example, the company has spent more than 30 years investigating the course of Alzheimer’s disease, as well as studying different therapeutic interventions. “We’re entering a new era of precision neuroscience,” Martin explains. “Our goal is to be able to identify the mechanisms of each different neurodegenerative disease so that we can come up with innovative approaches that not only treat symptoms and delay progression, but reverse the course of the condition entirely.” 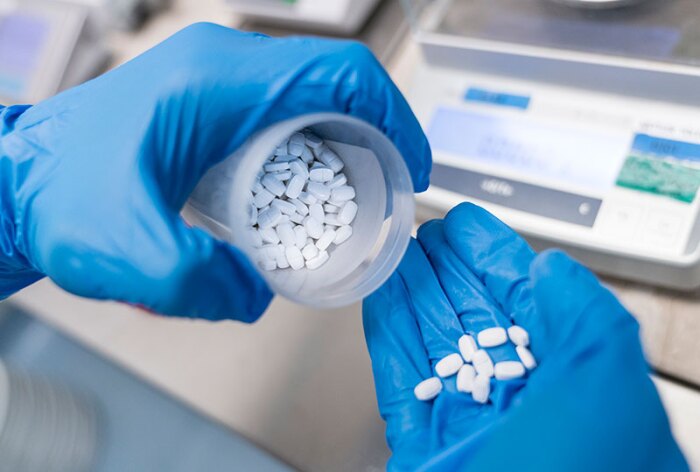 Numbness, tingling, mood changes, memory problems, pain, fatigue, vision disturbances and even paralysis are all symptoms of MS, a disease that affects almost 3 million people globally, the vast majority of them facing the diagnosis at the peak of their active lives, both professionally and personally. While its exact cause is unknown, MS occurs when the immune system goes into overdrive and attacks the brain and spinal cord. This damages myelin, the protective layer that insulates nerve fibers, and as a result, can cause a host of challenging symptoms.

Over the last decade, medications have become available that help control the symptoms—including one from from Johnson & Johnson, which was granted approval from the U.S. Food and Drug Administration (FDA) last year to treat adults with relapsing forms of multiple sclerosis.

There may be people who tend to forget to take medication, or have trouble swallowing pills, or maybe prefer not to have to think about MS every day, who would be better served with an infrequent infusion therapy. And then there are people with MS who prefer to take an active approach to MS, do something to fight it every day and be able to feel in control of both the disease and the treatment with a high-efficacy, easy-to-manage drug.

Researchers at Johnson & Johnson will continue to study MS in new clinical trials, which are expected to begin soon. In addition to seeking to find out if the drug works as well in children as in adults, at least one of these studies is expected to provide the MS community with new data on a very common and disturbing “invisible” MS symptom—MS fatigue—and how different therapies impact it.

Moving forward, Johnson & Johnson is committed to providing patients and healthcare providers with new treatment options for MS, since no two patients are exactly alike and no MS drug is a one-size-fits-all solution.

“There may be people who tend to forget to take medication, or have trouble swallowing pills, or maybe prefer not to have to think about MS every day, who would be better served with an infrequent infusion therapy,” explains Tatiana Sidorenko, M.D., Ph.D., Clinical Leader at Janssen Research & Development. "And then there are people with MS who prefer to take an active approach to MS, do something to fight it every day and be able to feel in control of both the disease and the treatment with a high-efficacy, easy-to-manage drug." 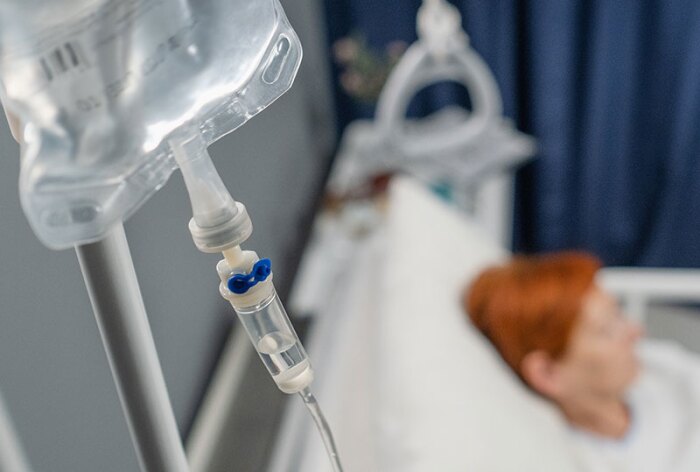 It can be difficult to research rare diseases, which are defined in the U.S. as those that affect fewer than 200,000 people.

This is indeed true in the case of disorders such as myasthenia gravis (MG) and chronic inflammatory demyelinating polyneuropathy (CIDP). Both are autoantibody diseases, which means that antibodies—normally substances that help protect the body against viruses and bacteria—view a person’s own tissues as invaders and attack them. If you have MG, this can lead to muscle weakness that can cause problems with vision and make it hard to swallow, breathe and even move your limbs. If you have CIDP, your body attacks the myelin sheaths that cover your nerves, leading to arm and leg tingling and progressing to weakness.

“Despite the availability of therapies, there is still significant unmet need,” says Hong Sun, M.D., Ph.D., Senior Director, Global Compound Development Team Leader, Neuroscience at Janssen Research & Development. "Current treatments have slowed the onset of effects, but are associated with significant side effects."

That's why Johnson & Johnson is hoping to make advances in the treatment of both conditions by studying the effects of potential treatments on autoantibodies that cause these diseases and trigger symptoms, explains Dr. Sun. These studies are currently ongoing to evaluate the safety and efficacy of potential treatments.

“The mechanism of CIDP isn’t well understood, and scientific evidence indicates autoantibodies may play a critical role. We are researching whether a therapeutic antibody agent will work in CIDP,” explains Dr. Sun. Phase 3 trials in 300 patients are expected to begin this year. “Right now, the standard of care is either steroids, which suppress the immune system, or intravenous immunoglobulin therapy, which involves traveling to your doctor’s office every three to four weeks for several hours of infusion treatment,” says Dr. Sun.

The company is conducting studies in more than 10 autoantibody associated diseases, too, such as warm autoimmune hemolytic anemia, in which the body destroys its own red blood cells, or hemolytic disease of the fetus and newborn, a rare disorder in which the blood types of a mom and her baby are incompatible. “We really see this as a potential path to open the door to treatments for more than 70 autoantibody diseases,” says Dr. Sun. 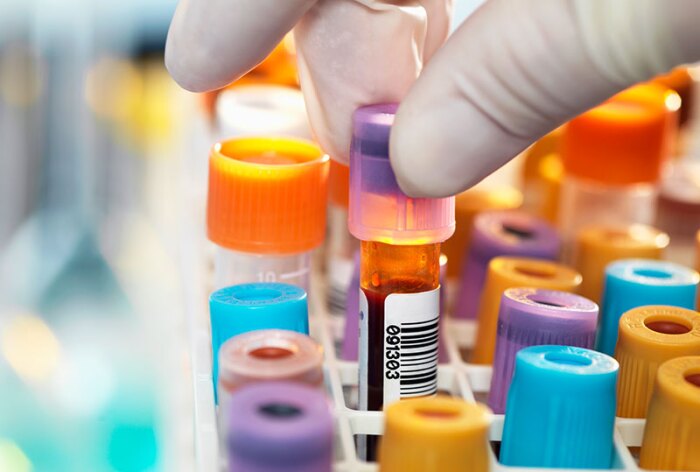 Alzheimer’s disease (AD) spreads quietly, long before people have any idea that they're affected.

"Changes happen in patients’ brains decades before they show up at the doctor’s office with symptoms of cognitive decline,” explains Fiona Elwood, Ph.D., VP, Disease Area Stronghold Leader, Neurodegeneration at Janssen Research & Development. “We want to target the disease as early as possible so that we can preserve as much of the patient’s brain as possible, including their memory and ability to remain independent.”

That’s why Johnson & Johnson is collaborating with AC Immune, a clinical-stage biopharmaceutical company, to develop a potential treatment that spurs the body’s immune system to produce its own antibodies to attack pTau, a type of protein that accumulates inside neurons in the brain and is thought to accelerate AD. “This protein accumulates years before the onset of clinical symptoms,” says Elwood.

This is one of two programs Johnson & Johnson has targeting pTau. “The idea behind this treatment is to hopefully neutralize the protein, so that it’s no longer able to spread from one cell to another,” says Martin. “As a result, we can hope to slow all disease progression, or even prevent it entirely.”

Ultimately, the goal is that people could be tested for neurodegenerative diseases on a regular basis, the way doctors now check cholesterol and blood glucose levels as part of an annual physical to help prevent conditions such as heart disease or type 2 diabetes.

And while larger studies are ongoing, Johnson & Johnson is also trying to identify biomarkers that could clue doctors in to who may benefit from this treatment.

“We’ve collaborated with organizations around the world to figure out which biological changes indicate very early-stage disease,” says Elwood. The hope is that eventually a simple blood test will be enough to determine who may require more advanced imaging, such as a brain scan, to look for signs of Alzheimer’s, and to see who might best benefit from this treatment. “It’s really a precision medicine approach,” she says.

Ultimately, says Elwood, the goal is that people could be tested for neurodegenerative diseases on a regular basis, the way doctors now check cholesterol and blood glucose levels as part of an annual physical to help prevent conditions such as heart disease or type 2 diabetes. “We want to give people their healthiest life possible in their old age, and that includes their brain health as well," says Elwood.

Research like this takes years, if not decades, to fully develop. But Johnson & Johnson is willing to go the distance.

“We want to create a future where neurodegenerative diseases are a thing of the past,” says Martin. “Our hope is that we can use our findings to develop first-in-class treatments that address the unmet needs of patients living with these conditions, whether it’s to treat symptoms, reverse the course of disease or just make it easier for them to access the medications they need.” 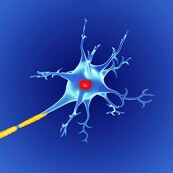