3185
With its global Phase 3 clinical trial now fully enrolled with approximately 45,000 adult participants, we share the most up-to-date information about the single-dose investigational vaccine candidate.
By Amanda KellyJuly 30, 2020
Today's Top Reads Close
I 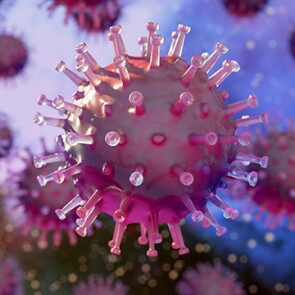 A close-up view of SARS-CoV-2

In July, data published in Nature showed that Janssen's investigational vaccine elicited an immune response against SARS-CoV-2 in a preclinical, nonhuman study.

Based on the positive data from this preclinical study, which was conducted in collaboration with researchers from Beth Israel Deaconess Medical Center, first-in-human trials of the potential vaccine began in July.*

"I Have Never Seen a Moment So Rich in Collaboration, Ingenuity and Acts of Bravery": Johnson & Johnson Announces It Has Identified a Lead COVID-19 Vaccine Candidate

"We were excited to see these preclinical data because they showed our COVID-19 vaccine candidate generated a strong antibody response and provided protection with a single dose," says Paul Stoffels, M.D.

On September 23, Johnson & Johnson announced it was initiating a multi-country Phase 3 clinical trial to further evaluate the safety and efficacy of Janssen’s COVID-19 vaccine candidate.**

Johnson & Johnson is deploying the full strength of its science, scale and expertise to help fight the pandemic as COVID-19 continues to affect people and communities across the world—according to the World Health Organization, as of this month, global cases have now surpassed 80 million.

Read on to learn the latest facts about Janssen’s investigational COVID-19 vaccine candidate. 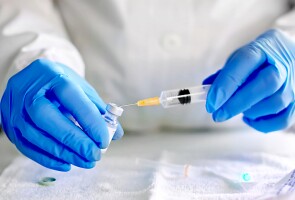 On June 10, Johnson & Johnson announced it would begin early-stage testing of Janssen's vaccine candidate in humans in the second half of July.

The randomized, double-blind, placebo-controlled Phase 1/2a trial—which means neither participants nor investigators or study staff know who is getting a placebo and who is getting the vaccine candidate—aims to evaluate a few things: the safety of the potential vaccine; expected reactions to vaccination, such as swelling or soreness at the injection site; and immune responses to the potential vaccine.

1,045 People Participated in the Phase 1/2a Trials

Healthy participants in Belgium and the U.S. between the ages of 18 and 55, as well as those 65+, were assigned to receive the vaccine candidate or a placebo.

Have Questions About Participating in a COVID-19 Vaccine Clinical Trial? A Doctor Overseeing a Study Helps Answer Them

Johnson & Johnson identified clinical study sites in cities that have underserved and underrepresented populations and partnered with organizations to proactively identify and include diverse patient populations. The company also worked to mitigate hurdles to participation at various sites, such as transportation and childcare, to ensure a diverse group of study volunteers were recruited.

Plans were also underway for a Phase 1 study in Japan, as well as a Phase 2 study in the Netherlands, Spain and Germany. 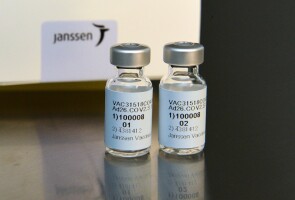 Based on positive interim results from a Phase 1/2a trial, which demonstrated that Janssen's investigational vaccine candidate's safety profile and ability to evoke an immune response after a single vaccination were supportive of further development, and discussions with regulators, the company launched a Phase 3 pivotal trial in September.

The 5 Stages of COVID-19 Vaccine Development: What You Need to Know About How a Clinical Trial Works

This randomized, double-blind, placebo-controlled clinical trial, called ENSEMBLE, is designed to evaluate the safety and efficacy of a single vaccine dose versus a placebo in preventing COVID-19 in a large group of participants, with results to be evaluated by regulatory authorities.

In order to ensure that those who have been disproportionately impacted by the pandemic were represented, such as Black and Latinx communities, effort was put toward ensuring all races, ethnicities, ages and medical conditions are reflected in the trial.

In parallel, the ENSEMBLE 2 trial, which the company is currently recruiting for, will give participants two doses of the vaccine candidate, spaced two months apart, to see if a second dose might provide greater, or longer, protection.***

Provided that the investigational vaccine proves to be safe and effective, the company aims to manufacture more than one billion doses to be distributed globally through 2021.

She's a Scientist with One of the World's Most Important Jobs: Creating a Potential COVID-19 Vaccine

As part of that goal, in August 2020, Johnson & Johnson announced that Janssen had entered into an agreement with the U.S. government to manufacture and deliver 100 million doses of the investigational vaccine in the U.S., provided that it is approved or receives Emergency Use Authorization by the U.S. Food and Drug Administration.

These efforts—along with research and development—are spurred by an expanded collaboration between Janssen and the Biomedical Advanced Research and Development Authority (BARDA), part of the Office of the Assistant Secretary for Preparedness and Response (ASPR) at the U.S. Department of Health & Human Services.

Janssen is using the same technology that it has used in the development of its Ebola vaccine and investigational HIV, RSV and Zika vaccine candidates, which involves using an inactivated common cold virus that's not replicating.

The Company Is Also Scaling Up Manufacturing 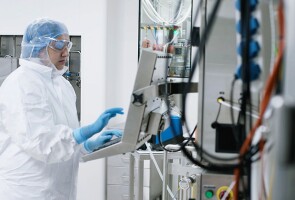 The investigational vaccines will be produced at Janssen's facility in Leiden, the Netherlands. In April the company also announced manufacturing partnerships in the U.S., and, recently, one in Italy, with more plants to potentially be added in other countries.

This expanded production capability aims to enable the company to rapidly scale up to produce and provide more than 1 billion doses to people around the world.

The company’s potential vaccine would be able to be distributed through standard, reliable channels around the world, and it would not require special transport or infrastructure to reach populations in need.

*This project has been funded in whole or in part with Federal funds from the Office of the Assistant Secretary for Preparedness and Response, Biomedical Advanced Research and Development Authority, under Other Transaction Agreement HHSO100201700018C.

** This trial is being initiated in collaboration with the Assistant Secretary for Preparedness and Response (ASPR), the Biomedical Advanced Research and Development Authority (BARDA) and the National Institute of Allergy and Infectious Diseases (NIAID), part of the National Institutes of Health (NIH).