For optimal browsing we recommend using Chrome, Firefox or Safari. 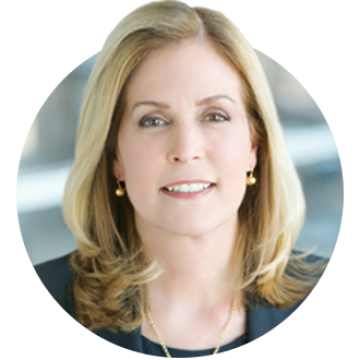 Jennifer Taubert is Executive Vice President and Worldwide Chairman, Pharmaceuticals at Johnson & Johnson, the world’s largest healthcare company. She is a member of the Corporation’s Executive Committee and leads the Pharmaceuticals Group Operating Committee.

Jennifer has been a leader in shaping the global strategy of transformational medical innovation for the Janssen Pharmaceutical Companies of Johnson & Johnson, successfully delivering vital new medicines for millions of people living with cancer, immune-related diseases, heart disease, pulmonary hypertension, infectious diseases and serious mental illness. Under her leadership, Janssen has become the second-largest innovative pharmaceutical business globally, with more than $50 billion in worldwide revenue. In addition, the company has been named No. 1 in the Pharmaceutical category on Fortune magazine’s “World’s Most Admired Companies” list for nine consecutive years.

Throughout her career, Jennifer has been committed to improving the lives of people with serious illnesses. Since joining Johnson & Johnson in 2005, her focus has been on reaching increasing numbers of patients around the world with the Company’s transformational therapies. Jennifer led global commercial strategy for the Pharmaceuticals Group and, later, as President, Internal Medicine, built a powerhouse new franchise in cardiovascular and metabolic disease. As Company Group Chairman, The Americas, the business doubled in size, outpacing the industry to become the No. 1 pharmaceutical company in the United States and Canada. Before joining Johnson & Johnson, Jennifer spent 17 years in positions of increasing scope and responsibility at Merck and Allergan.

In recognition of her impact on behalf of patients, Jennifer has been named to Fortune’s “Most Powerful Women” list for the past seven years. She was also named among the “100 Most Influential People in Healthcare” by Modern Healthcare magazine in 2020 and received the National Association for Female Executives’ 2017 “Woman of Achievement” award. Jennifer is also recognized as a leader in diversity, equity and inclusion, which she sees as critical to insight, innovation and business success.