Share
Check out these ahead-of-their-time Johnson & Johnson innovations that enabled people to tackle some common resolutions that ring true to this day.
By Kaitlin AhernDecember 26, 2018
Today's Top Reads Close

Sure, there are some New Year's resolutions—such as vowing to stop binge-streaming shows or obsessively scrolling through your social media feeds—that are strictly for the modern age. But there are other, more universal resolutions that crop up year after year. Read: This is the year I will prioritize physical fitness!

7 Easy Ways to Stick to Your New Year’s Resolutions (Really!)

And that's where Johnson & Johnson has come in—for over 130 years.

"Since its founding in 1886, the company has made it a mission to create products that can help people live healthier lives," says Margaret Gurowitz

We take a look at some of Johnson & Johnson's earliest innovations, which would have helped people stick to some of those tried-and-true resolutions we all make.

The Timeless Resolution: “I Vow to Stick to an Exercise Routine” 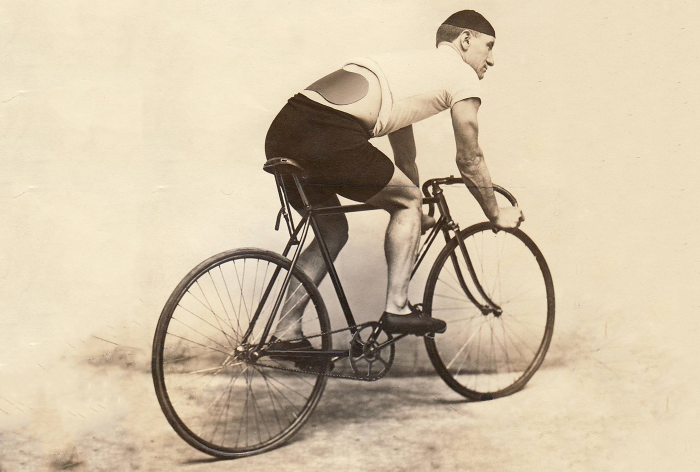 In the late 1800s, America was going through a bicycling craze, with people taking to the roads on two-wheels in record numbers.

One potential obstacle to keeping up with this fad: The aches and pains caused by working muscles in new ways and riding—even racing—over rough roads.

Luckily, avid cyclists were able to turn to Johnson & Johnson's Red Cross® Kidney Plasters (pictured above, on the biker). According to Gurowitz, the rubber-based medicated plasters could be applied directly to the skin and were infused with compounds meant to alleviate pain. And their unique kidney shape made them ideal for wearing on the lower back.

The Timeless Resolution: "I'm Going to Take Better Care of My Teeth and Gums" 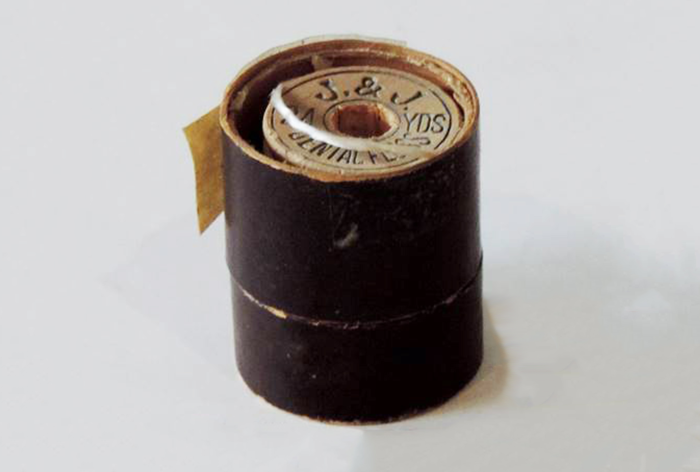 Believe it or not, if you had made a commitment to care for your pearly whites in the early 1800s, that probably would have meant picking at them with slivers of wood or even the sharpened end of quills—ouch!

"Although dental floss was around," says Gurowitz, "the earliest versions were made of silk, which made the product too pricey for the average person."

The Surprising Thing That Could Be Causing Your Bad Breath

That is, until Johnson & Johnson debuted the first affordable, mass-produced floss (pictured) in 1898. The aha! idea that made the product possible? It was made from silk left over from the company's suture manufacturing business, bringing the cost to produce the dental floss down.

The Timeless Resolution: "I Want to Update My Look" 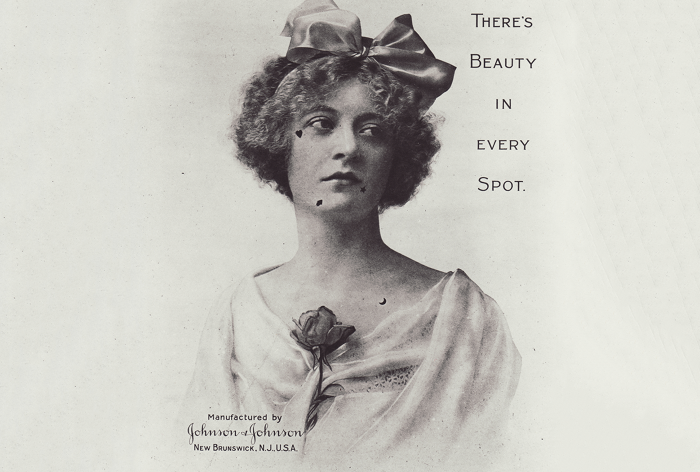 Many beauty mavens in the early 1900s chose Johnson & Johnson's Beauty Spots (a vintage ad is pictured) for a simple way to take their look to the next level.

The glamour-boosting face adornments—which came in such playful shapes as stars, crescent moons, arrows and hearts—were made from small pieces of black silk or velvet, and came with an adhesive backing for easy application.

"Women stuck the Beauty Spots on their faces next to a feature they wanted to accentuate, such as the eyes, mouth or a dimple," Gurowitz says.

The Timeless Resolution: "I'll Never Go to Bed With Makeup On Again" 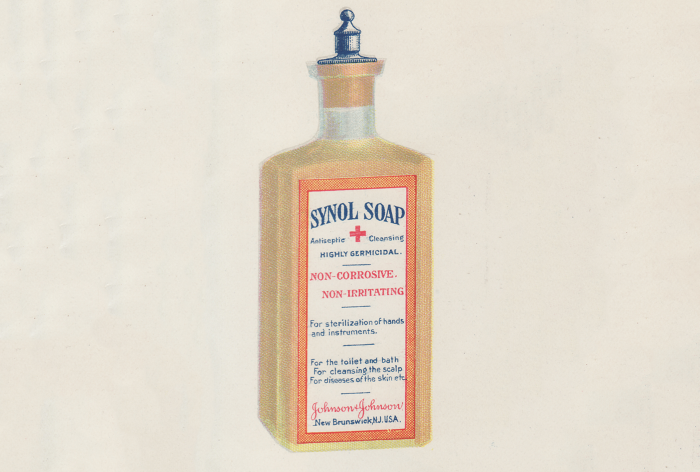 In the early 1900s, many women turned to Johnson & Johnson's antiseptic yet mild Synol Soap to clean their skin. In fact, the product was so effective at removing makeup, says Gurowitz, that it became a favorite among Broadway stars of the day, who used it to take off heavy theatrical face paint.