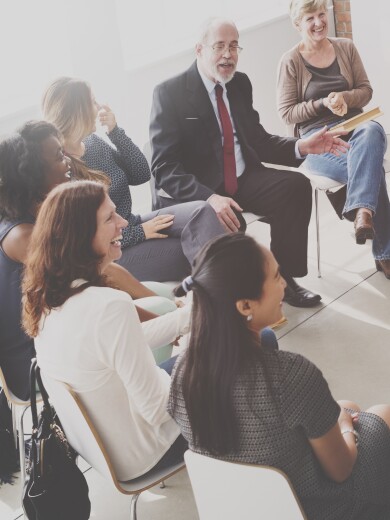 Living with a life-altering disease is undeniably challenging. But it can also be full of triumphs if you embrace one simple mantra: It's just a bad day, not a bad life.

What’s the first thing you do when you have a health concern or question? Do you head to the web?

Sure, there’s Dr. Google, who we all know isn't the best resource when it comes to medical matters. But there’s also support available—in droves—from people who have been there.

Given that so many people are inclined to turn to the Internet for health advice, Rebecca Tillet

And that's how HealtheVoices was born. Now in its third year, the conference, which is being held this month in Chicago, draws participants from around the globe who are grappling with everything from autoimmune disorders to mental health conditions.

Also integral to the event's success: a team of seven advisors who are health advocates themselves.

"The advice and ongoing counsel we receive from our advisory board members is absolutely critical to ensuring the success of HealtheVoices each year—and to achieving our collective goal of creating a weekend of inspiration, connections and empowerment,” says Caroline Pavis

At the heart of the conference is making connections and gaining support from people who are walking similar paths. People like this year's HealtheVoices advisors, who share with us what inspired them to get vocal about their health—and why they've all found a calling helping others just like them.