Share
Whether it's due to the birth of a child, a health problem or another personal issue, life often necessitates a break from work. But it can be tough to come back from an extended leave—especially in the STEM fields. Johnson & Johnson wants to help change that.
By Lauren Smith BrodyJune 18, 2019
Today's Top Reads Close
F

or two decades, Monica Cotton Rozelle taught math and science to elementary school students in her native Chicago. She’d organize the annual science fair and put on a pair of safety goggles to lead the chemistry club, teaching her young students to ask questions and make observations.

“You never know if you’re planting a seed for a career in science, but that engagement is the first step, always,” Rozelle says. 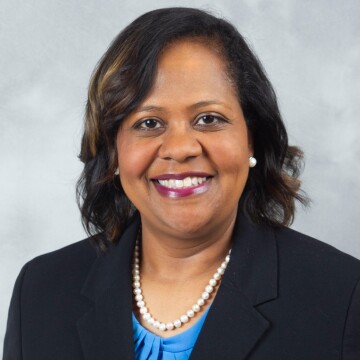 All the while, though, the seed of her own science career lay dormant.

In her previous life as an engineer, Rozelle had worked for corporations like Xerox and Ethicon, a Johnson & Johnson Medical Devices Company. She'd loved her work, but paused her career to start a family. At age 29, she went back to school to get a master's in education, which segued to her second career as an educator.

“Then, at 52,” she explains with a big breath, “I said to myself: I have my health. I have my brain. But where would I be in STEM if I hadn’t left? I knew I wanted to get back into the field, but the question was: How?"

The answer? Re-Ignite, a paid program offered by Johnson & Johnson for professionals in science, technology, engineering, math, manufacturing and design (STEM2D) who've been out of their field for at least two or more years and want to return to that line of work. People who do these "returnships" with the company receive skills training and support from mentors throughout Johnson & Johnson for 16 weeks or longer, depending on their location—and can be considered for a full-time role at the company.

Since the program's pilot in 2017, five women have completed returnships. And all five have since been hired across various divisions of Johnson & Johnson.

“Our goal is to ease the burden of coming back to work and help people overcome barriers in doing so,” says Liz Markus

Parenthood is one significant barrier, especially for women. In the United States, 30% of college-educated mothers drop out of the workforce around the birth of their first child. In STEM careers, that statistic jumps to 43% for mothers, and 23% for fathers.

But the Re-Ignite program is looking for people who've taken career detours for all kinds of reasons, including breaks for education, health needs and political or military service.

As Markus' team begins to recruit for its fall returnships, current returners like Rozelle and those who've since accepted full-time jobs at Johnson & Johnson share why Re-Ignite came along just at the right time for them—and how it's helped them rekindle not just their passion for their work, but their self-confidence and sense of fulfillment in life, too.

"There's an Emotional Intelligence I Have This Second Time Around"

In her previous life, Susan Shalloe was a chemist. What was meant to be a two-year break for new motherhood turned into 14. But when her youngest child turned 12 and her nest was that much closer to emptying, Shalloe decided to go back to college for a certificate in biopharmaceutical processing, which involves taking potential drug molecules from discovery to market. 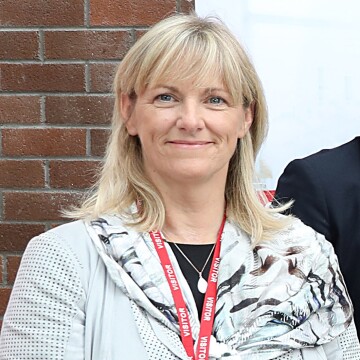 After she finished the program, she applied to Re-Ignite, along with other jobs, one of which gave her an offer. But she turned it down because she figured “Johnson & Johnson would understand the transition that’s needed” after someone has spent so much time out of the workforce.

It did. Shalloe was accepted into a returnship in Cork, Ireland, at DePuy Synthes, a Johnson & Johnson Medical Devices Company that develops orthopedic and neurological tools for surgery. In addition to receiving comprehensive training in engineering, her hiring manager and an assigned peer buddy and mentor helped to ensure she was getting the most thorough learning experience and exposure to the most projects possible. Re-Ignite also held biweekly video coffee chats so returners like Shalloe could compare notes.

“Susan was instrumental in providing valuable feedback to help improve the Re-Ignite program,” Markus says. One key learning: The program had imposed too much formal structure, when participants like Shalloe wanted time to actually focus on the engineering.

That desire to learn on the job paid off for Shalloe, who was ultimately hired full time as a manufacturing engineer writing validation protocols for the sterilization of artificial joints. And while she may have been initially daunted by the thought of coming back to such a high-tech field after a long time away from the science world, she soon realized that her time off had actually equipped her with new skills that proved useful on the job.

“There’s an emotional intelligence I’m able to have this second time around,” Shalloe explains. “I have organizational skills, negotiation skills. There’s a learning curve, but I don’t get as stressed."

In fact, as many of the returners point out, they're being given a second chance for a reason: Many have continued their education in different ways during their years away, in addition to the significant real-world experience they bring to the table.

Built into Re-Ignite is the recognition that Johnson & Johnson is hiring not just a worker but a whole human being, with a whole life.

Heather Knox, a former mechanical engineer and architect, and then a teacher in Cincinnati, was hired by Ethicon out of the Re-Ignite program nearly two years ago to work as a design engineer for a new product being developed for digital surgery. 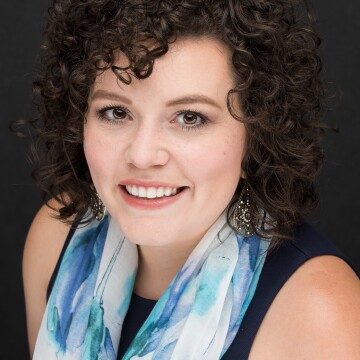 Heather Knox participated in the Re-Ignite pilot in 2017

“I was hired at the same time as someone who had not been in the Re-Ignite program,” she recalls. “We had the same job title, and we sat next to each other. He was coming from aerospace. We both needed the same kinds of resources, learning things like, how does this company handle tech drawings? It’s not like I needed to retake my college classes to do the job, and neither did he.”

That confidence was born during her time in the Re-Ignite program, which emphasizes mentoring and networking. “You’re encouraged to have an open dialogue with mentors about your development plan—what you don’t know, but want to know,” Knox says.

It helped immensely, she adds, to be in the program with two other women returners. “We all had the same confidence issues," she explains, "but very quickly you realize that we are all technical people who simply love to learn. Inherently, we’re very open-minded.”

Meanwhile, Rozelle is midway through her returnship at the DePuy Synthes offices in Warsaw, Indiana. She splits her time between the manufacturing floor, where she's back to wearing safety goggles, and her computer, where she’s learning to assess the efficacy of the systems Johnson & Johnson employs to make parts for artificial knees and hips. What's changed since her first days as an engineer? “The tech has progressed—I’m learning to use Skype and Outlook, and there are more robots,” she says.

But she’s also getting to bring her eye to the process, looking analytically and holistically at whether the polishing on these joints is done better manually or by machine, for instance. “Some processes are still very human-dependent,” she explains.

And that includes relationship-building. Rozelle beams with pride about having been part of a recent talent showcase where she met one-on-one with a Johnson & Johnson vice president. “That made me so nervous but also happy,” she says. “He approves million-dollar projects when we need equipment, and he wanted to hear from me.”

"Having This Program, Knowing That They Believe in Me? That's Everything"

Built into Re-Ignite is the recognition that Johnson & Johnson is hiring not just a worker but a whole human being, with a whole life.

Shalloe, for instance, started her job with one major concern: school vacations.

“My youngest girl is 13," she explains. "She’s too young for work but too old for a childminder.” So when Shalloe was job hunting prior to joining the Re-Ignite program, she'd considered working part time. Instead, Re-Ignite made her an offer she couldn’t refuse: shorter hours in the summer—a flexibility that has continued into her full-time role, too. 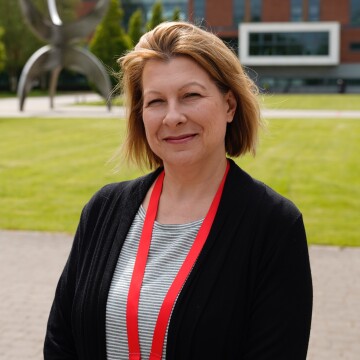 Joella Flood is currently part of Re-Ignite in Ireland

Then there's new returner Joella Flood, a former mechanical engineer from Tipperary, Ireland. Flood describes her life journey as a roller coaster: She spent six years in mechanical engineering before moving on to software development, traveling the world all the while. She got married, had two boys and took what she thought would be two years off to give 100% to parenting—until one of her sons was diagnosed with autism. Then, the other son was diagnosed, just as she gave birth to a third child, her daughter. She and her husband separated.

“Everything stopped,” Flood recalls. “All of a sudden I was a single mom to three kids, two with special needs. I thought: Well, one day I’ll go back."

As her children grew older, she realized, “It’s now or never, for my own sanity and because my kids need a role model.” She started with an online college course. “In such a high-tech field, things move quickly," Flood says. "I thought I knew nothing, but I did really well.”

Confidence built, she started her job hunt, only to have it torn back down. “Everyone either wanted a new grad, or people with only five years of experience,” she says. “I thought: This is crazy!”

Then a college tutor mentioned returnships to her and, courtesy of Google, Flood discovered Re-Ignite.

Right now, she’s six weeks into her returnship at Johnson & Johnson's EMEA Development Center in Limerick, doing software development on a healthcare app. And she's already had days of self-doubt and crises of courage. In her very first week, for instance, all three of her kids got sick.

“But having this program in place, knowing that they are giving me time, that they believe in me? That’s everything,” Flood says. “And also, I’m very stubborn.” 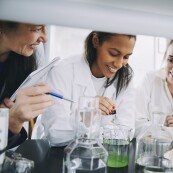