The Mentor Effect: How Two Indian Women Are Improving the World—With Help from Johnson & Johnson

Share
These rising star entrepreneurs shadowed executives at the company through a program aimed at giving women a boost in the business world. The apprentices share what they learned—and how they’re using it to grow their ventures in India.
By Meghan RabbittOctober 05, 2016
Today's Top Reads Close
A

sk anyone who has reached the pinnacle of their professional career about the secrets to their success, and there’s a good chance they’ll invoke someone else who helped them get to where they are—a coach, a confidant, a mentor.

That’s why the U.S. State Department, as part of their mission to empower women around the world to become leaders in their communities, has teamed up with the Fortune Most Powerful Women program to sponsor an annual Global Women’s Mentoring Partnership, in collaboration with the Vital Voices Global Partnership.

The goal: pair up-and-coming businesswomen from across the globe with female executives at such blue-chip companies as IBM and Goldman Sachs for high-powered apprenticeships.

As part of the program this year, two rising star entrepreneurs from India—ElsaMarie D’Silva and Gongi Reddy Latha Kalyani—spent three weeks shadowing members of the top brass at Johnson & Johnson.

Now that they’ve been back home for a few months, we decided to check in with them to see how what they learned during their apprenticeships has helped propel their business ventures forward.

From Flying Up High to Taking Flight by Helping Others 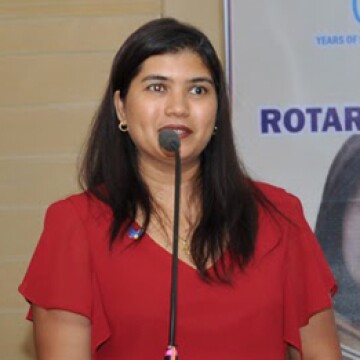 “Four years ago, I was working a big corporate job in the airline industry near where I live in Mumbai, but I needed a change. My real passion was to improve the lives of women and children, but that dream was broad—I didn’t really have a specific idea as to what I should do.

Around this time, a woman was brutally gang-raped on a bus in Delhi, and it was all my friends and I could talk about. What was most shocking to me was that all of my female friends had a story of some sort of sexual harassment or violence to share, but none of us had ever filed any kind of complaint.

So, I thought: Why not implement something to make the issue more visible in India?

That’s how my nonprofit, SAFECITY, was born. Essentially, we’re an online platform that tracks reports of sexual abuse and harassment and converts that data into “hotspots” that show unsafe areas on city maps. Right now, we’re in India, Kenya, Cameroon and Nepal—and my goal is to expand it even more. I have 10 full-time employees and more than 100 volunteers.

When I was nominated for this mentorship program, I was elated. My mentors at Johnson & Johnson—Executive Vice President and Group Worldwide Chairman Sandi Peterson, Corporate Citizenship Vice President Lauren Moore and Janssen Pharmaceuticals President Michelle Goodridge—really showed me how a 100-year-old company still stays ahead of the curve.

I loved learning that the company’s founders started with just 14 employees—and eight were women hired specifically to drive innovation. How forward thinking is that!

But what stood out to me most was the company’s guiding Credo. It truly binds all of the company’s employees together—and it came across in every person I met, in every location I visited. The fact that the Credo was written more than 70 years ago, yet is still so relevant today, truly blew me away—and inspired me to get going on creating a credo for SAFECITY the minute I returned home.

Just last weekend, I asked my employees in Delhi, Bombay and Kunar to think about what it is that we believe in as a company. I told them that while I started SAFECITY with a vision, I believe we are creating a movement. And with that in mind, I challenged them to dream big about how each of them sees us moving forward.

Right now, I’m reading through everyone’s thoughts, and by the end of the month, we’ll have our own credo—one that I’m envisioning all of our employees will embrace, just like Johnson & Johnson employees embrace theirs.

I believe every woman benefits from understanding her strengths and getting focused on her dream.

In addition to working on a credo, I’ve also stayed in close contact with my mentors, who are continuing to help me grow my organization. Not only has their advice been invaluable, but being able to say that someone like Sandi Peterson is my mentor has also opened doors for me.

Since returning home, I’ve had nearly a dozen speaking engagements, which is raising my profile and that of SAFECITY. I even had a chance to meet U.S. Secretary of State John Kerry at a global entrepreneurship summit, which I was invited to thanks to my participation in the mentorship program.

There's still much work to be done, but my experience at Johnson & Johnson was so inspiring and it has led to serious momentum. It seems that every day there is a new opportunity to grow SAFECITY and help more people—and for that I'll be forever grateful."

Paying It Forward with a Reborn Family Business 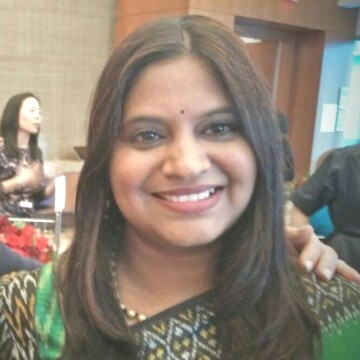 “I spent most of my childhood on a family farm in Hyderabad, where we grew and distilled essential oils. About six years ago, I took over operations and decided I didn’t want to sell the essential oils we were making to wholesalers. Instead, I wanted to revive the ancient Ayurvedic practice of infusing these essential oils into high-quality personal care products, such as soaps, hair oils, shampoo and more.

I wanted to build a company that not only created pure, sustainable products, but also created sustainable livelihoods for many Indian people. And so my company, Ancient Living, was born.

During my first year in business, I didn’t have a clear vision for the future. It was purely driven by my passion. So in addition to growing our own organic herbs, we started sourcing herbs and natural ingredients from other farms. As I traveled to these farms around my country, I saw what an impact I could have if I focused on growing the company. We could create a huge market base for these organic farmers, giving them the price their products deserved.

I also realized what an impact I could have on the people who worked at our factories, many of whom are women. I learned from these employees that there were many women in nearby villages who couldn’t work due to things like childcare issues. So I started paying them to make bags out of recycled newspapers, which I used at Ancient Living’s retail locations in Vijayawada and Hyderabad.

I think it was this kind of community-centered thinking that helped me land a coveted spot in the mentorship program, enabling me to spend nearly a month at Johnson & Johnson. I could hardly believe it when I found myself sitting in a conference room with Sandi Peterson and Kathy Widmer, President of McNeil Consumer Healthcare, during a business review meeting. Peterson gave me advice that I've taken to heart: always be my authentic self, and keep doing what I enjoy most.

And that is what I’m committed to doing now. Since returning home, I opened another retail store in Vijayawada. I’ve also been busy traveling to the many farms we work with, and I’m making an even bigger effort to interact with the women in those villages.

I’m also in the process of launching a new project in which Ancient Living employees and I would mentor and counsel rural women and either help them monetize a skill they have or teach them something new, so they can become earners. I believe every woman benefits from understanding her strengths and getting focused on her dream, but far too many women in my country don’t have the chance to learn these things about themselves.

Now it's my turn to pay it forward and share what I can with other women who need help."