"It's Affected People I Know": Laverne Cox Opens Up About Her Passion for HIV/AIDS Advocacy and Her New Work With (BAND-AID®)RED

134
The Orange Is the New Black star and transgender activist speaks out on her lifelong crusade to educate people about the disease—and what we all can do to help.
By Dibs BaerNovember 24, 2019
Today's Top Reads Close
L

averne Cox is a woman of many firsts: She's the first transgender actress to be nominated for three Emmys, for her role as Sophia Burset on Orange Is the New Black. She's also the first transgender woman to grace the covers of Time magazine and British Vogue, the latter at the behest of guest editor Duchess of Sussex Meghan Markle (talking to whom, Cox says, made her absolutely “fangirl out”).

Now, Cox is leading the way again—this time as the first spokeswoman for the (BAND-AID®)RED campaign, which hopes to mobilize people to #bandtogether with Johnson & Johnson in the fight against HIV/AIDS, “a human health crisis that has greatly impacted my life,” she says.

As the International AIDS Conference kicks off, Cox explains why she’s so passionate about supporting the HIV/AIDS community—and how you can do the same through the simple purchase of a box of (BAND-AID®)RED bandages.

When did you first begin advocating for the HIV/AIDS community?

HIV/AIDS was a death sentence in the '80s. Now there is medication that can save people's lives. But people still don't fully understand that.

I know that for myself, as I came of age and began to even think about sex, I remember thinking that I was going to get AIDS and die. I associated being a member of the LGBTQIA+ community and being sexual with death. Those things were intertwined for a long time.

I also thought, If I feel this way, I must not be the only one who feels that way. The way to deal with the shame and trauma, in part, is to talk about it and find ways to heal.

It’s incredible how far we’ve come—that you could go from feeling that way to being part of a global campaign to combat HIV/AIDS.

I think it’s incredible as well. HIV/AIDS was a death sentence back in the '80s. If you were diagnosed, you were most likely going to die. Now there is medication that can save people's lives. This is something that should no longer be a death sentence.

But people still don't fully understand that and don’t know. There are so, so many misconceptions and there is so much information that they don't have.

As you got more famous, you took on the responsibility of being the spokeswoman for the transgender community. Was it exciting or scary—or both?

In 2008, I was on the reality show I Want to Work for Diddy on VH1, and for the first time, I had a national platform. I remember saying to my brother, “Well, I'm already black and trans, and that's a lot for people.” He said, “If you have this platform, why have it if you're not going to use it to say something meaningful and be about something that is bigger than you?”

That has stuck with me, and that's how I’ve proceeded.

Today, I still feel called to use my platform to be of service. I think a lot of my job is about elevating issues and being sort of a teacher. But I try to always do it with intention and with love. What may shift is the way I do that, and who and what causes I may partner with or align myself with. What really speaks to me and gets me in my gut?

So why did you choose to partner on the (BAND-AID®)RED campaign?

It's about all of the friends in my life whom I have lost to HIV/AIDS over the years. It's about the folks in my life who are currently living with HIV and the stigma they face. It’s about being in that fight, in partnership with them. It’s a tribute to them—and I love actionable things that people can do to make a difference. 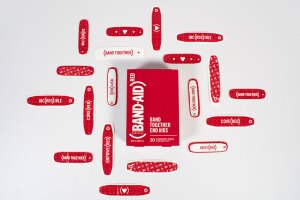 If you go to CVS or CVS.com and buy a box of fabulous red (BAND-AID®)RED bandages, you’ll pay for a day’s worth of lifesaving medication for someone living with HIV in sub-Saharan Africa, where people—women and girls, especially—are at particularly high risk of contracting the virus. That’s it!

Plus, the (BAND-AID®)RED campaign isn’t just about providing medication—they're also helping with education and prevention. Through The Global Fund, Johnson & Johnson and (RED) are helping to distribute money to different organizations in sub-Saharan Africa that provide direct services to the community, like getting condoms and other preventive methods out to people who need them.

Moving forward, what issues do you see yourself focusing on, in terms of transgender advocacy?

I’ve talked a lot about violence against trans women and trans women of color. I did a documentary about a trans woman named CeCe McDonald who was serving a 41-month prison sentence for defending herself. But I’ve been harassed on the street so many times that, but for the grace of God, I could be CeCe.

You can make a difference. We can end HIV/AIDS in our lifetime.

I feel like I've been talking about trans women being murdered for as long as I can remember. And talking about feeling at a loss around what to do about it. We need to change the perception of how trans people are perceived in the media and by the general public, and humanize us. Maybe then the murders will stop.

This Ring May Just Help Protect Women Against HIV

And that's only one part of the equation.

Any final things you want to say about your HIV/AIDS awareness work?

A few things: that you can make a difference. That we can end HIV/AIDS in our lifetime. And that if you’re diagnosed, you are not less than—you’re still beautiful and amazing and awesome.

Watch this video for more from Laverne Cox about her fight against HIV/AIDS and the (BAND-AID)®RED campaign. 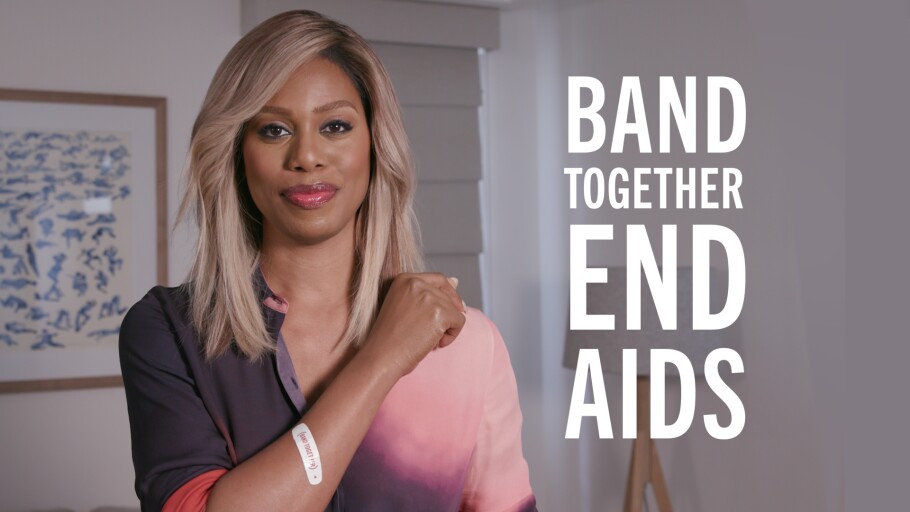 Did you enjoy this story? Click the heart to show your love. 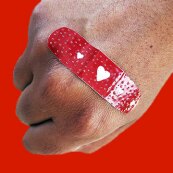