was raised in North Carolina by a single African-American mom, and her message to me was that because black people have had to handle so much adversity, we were stronger physically and emotionally. She made me feel that even taking medicine for a cold was a sign of weakness.

In retrospect, I can see this as a kind of coping mechanism—it was her way of wanting to make me feel powerful. But when I suffered a major depression right after finishing college, it had the opposite effect.

"I was 20 years old and didn't understand what depression was."

To save on tuition, I graduated a semester early from Duke University, and frantically began job hunting—but it was 2008 and the middle of the recession. I’d been working really hard at an internship with an ad agency, hoping to get a job there, but they couldn’t afford to hire me. No one could. I waited for something to shift professionally, all the while feeling lonely, scared about money and sliding deeper into depression. I stayed in my room and didn’t come out. 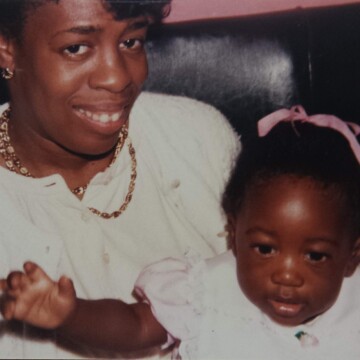 Borha as a child, with her mother

I was 20 years old and didn’t understand what depression was. I didn’t have the language to describe what I was going through. I knew I was supposed to be able to power through, but I couldn't handle all this adversity.

Fortunately, seven months after graduating, I got a job with that same ad agency, and for several years, I mostly felt fine. Then, in 2012, I applied to the University of Southern California (USC) master’s in journalism program and not only got in, but received a full scholarship. I threw myself into school, overloading myself with responsibilities—and soon became more and more depressed. One day, I found myself hurtling down the highway, hoping to die.

I went to the university counseling center, and they said, “The police are going to come and escort you to the hospital.”

I tried to negotiate getting outpatient help instead, but they explained that was going to cost thousands of dollars, which I couldn’t afford. We finally settled on getting me a therapist, and I found one who really helped. She diagnosed me with major depressive disorder and I began taking antidepressants. The first medication didn’t work well, but the second one worked great—for about a year.

"I was hospitalized twice—and misdiagnosed with bipolar disorder."

I graduated from USC and, in 2013, moved to New York to work on my MFA in nonfiction creative writing at Columbia University. I also found a therapist who was good in many ways, but didn’t understand what it was like to be a black woman. She didn’t readily believe me when I tried to describe my everyday life. 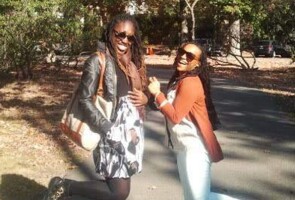 Borha (left) with her best friend

I began to realize just how important it was to have a culturally relatable therapist, which informed my thesis, Depressed While Black. The project has actually become an online community about mental health through an African-American lens, but when I graduated in 2015, I tried, and failed, to sell it to a publisher. I found myself falling into a deep depression once again.

Ultimately, I was transferred to the mental ward at a major hospital. It was pure chaos. Some of the other patients seemed dangerous and I was concerned for my physical safety, but I wasn't allowed to check myself out. The doctor also incorrectly diagnosed me with bipolar disorder and required me to take a cocktail of medications.

I might have a honeymoon period where an antidepressant works for a while, but then it stops helping. So I try something new. And then try something else. And I’m not alone: About one-third of adults with major depressive disorder battle symptoms that traditional treatments aren't able to resolve.

My mom drove up from North Carolina to take me back with her, but the hospital wouldn’t release me. After a week, we went before a state Supreme Court judge to try and overturn my forced stay at the hospital. We didn’t win, but I was moved to an all-women’s floor, where I felt safer. After another week, I was released, and my mom took me home. Even though she hadn't really understood what was going on during my first major depression, she really came through for me then.

"I Grew Up With a Mother With Bipolar Disorder": How One Woman Wants to Change the Stigma Around Mental Health

I also looked for professional treatment, which can be difficult to find when you are financially insecure. I began seeing a social worker at a local clinic, and tried another type of antidepressant. Eventually, I moved in with my best friend, who helped oversee my medication and get me back on my feet.

Things went pretty well for the next several years: I found a job in Maryland working for a local paper, a therapist that I liked and medication that seemed to work. Being able to write really made me happy. But it was also a fast-paced environment, and having a byline opened me up to public criticism. If a reader didn’t like what I’d written, I would be completely devastated. Then, in February 2018, I wrote a piece about Valentine’s Day with some personal anecdotes in it. Unfortunately, my boyfriend thought I’d been mean to him in it and broke up with me.

It tore me apart. Even my therapist was stunned at how quickly I went from stable to unstable.

I was taken to the emergency room, where doctors wanted to admit me to the hospital. If I didn’t agree, they would have to send me to a mental hospital—which I wanted to avoid at all costs. The hospital was chaotic, but not as bad as my previous experience. I talked with a psychiatrist, who put me on a different antidepressant, and I was sent home after a week.

"I now know I have treatment-resistant depression—and knowing that is a good thing."

I took a leave from my job and ultimately quit because I felt the pressure wasn’t good for my mental health. It was around this time that I started hearing about treatment-resistant depression (TRD). It really resonated with me.

Technically speaking, having TRD may mean you have not responded adequately to at least two different antidepressants of the adequate dose and duration in the episode of depression you're currently having. That’s certainly been the case for me. I might have a honeymoon period where an antidepressant works for a while, but then it stops helping. So I try something new. And then try something else. And I’m not alone: About one-third of adults with major depressive disorder battle symptoms ranging from sadness to suicidal thoughts that traditional treatments aren't able to resolve. 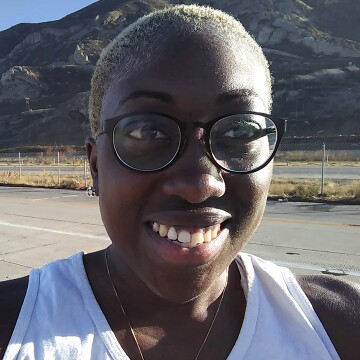 Understanding that I have TRD has actually been very positive. It’s made me think of my depression as a chronic illness—something I have to try and actively manage. I’ve stopped expecting to find one perfect medical solution or life experience that’s going to heal me.

I had worried that I wouldn’t be able to get another job, but someone at a mental health nonprofit in San Francisco read Depressed While Black and saw some of the advocacy work I do and thought I’d be an asset to their organization. They hired me as a communications staffer, and I’m really enjoying it. Not only do I have good benefits that enable me to finally have a strong treatment team for the first time—including a black female therapist—but my boss views my openness about my depression as an asset.

Of course, having a better awareness of my condition doesn’t make everything easy. I still have serious mental health issues. But it has made me more committed to trying new things to stay healthy. Right now, that’s a combination of therapy, medication and self-care, like going to the gym. I’m just trying to view this as an adventure. I’m learning new things about myself that I might not have known if I didn’t have TRD.