Share
It's a complicated illness, with no exact cause—but there is still a lot we understand now about depression, thanks to the work of dedicated scientists. For Depression Awareness Month, we look at the facts, common misconceptions and research that's underway.
By Tamekia ReeceOctober 09, 2017
Today's Top Reads Close
D

espite how often you hear the term, depression is still a largely misunderstood—and stigmatized—disease.

Perhaps for this reason, depression is the #1 cause of disability around the world, since many people may not seek the treatment they need. In fact, an estimated 300 million people around the world are living with depression. That's an increase of more than 18% between 2005 and 2015, according to the World Health Organization.

But there's reason to have hope—and it starts with understanding what the disease is really about, which can help reduce stigma.

Depression is a mental disorder that affects how you feel, the way you think and how you act. And it can strike anyone.

“It is characterized by a combination of symptoms, including low mood, loss of positivity, feeling guilty or worthless, sleep disturbances, fatigue, lack of energy, changes in appetite, loss of interest in activities you once enjoyed and thoughts of death or suicide,” says Wayne Drevets, M.D.

The exact cause of depression is unknown. However, a family history of depression, chemical imbalances in the brain, such stressful life events as the death of a loved one and certain medications or illnesses may increase a person’s chances of becoming depressed.

October is Depression Awareness Month, so we sat down with leading experts in the field to learn more about the illness, plus what's on the treatment horizon. 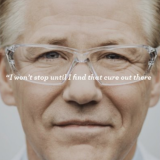 When people think of the term “depression,” they’re usually thinking of clinical or “major” depression, which is characterized by a persistently depressed mood that affects quality of life. But there are actually many different forms of the illness.

Because depression isn’t a single entity, we should actually be using the term “depressions,” says John Greden, M.D., Executive Director of the University of Michigan Comprehensive Depression Center.

Episodes of major depression can occur in the course of other types of depression, such as postpartum depression, bipolar disorder, seasonal affective disorder (SAD), psychotic depression, premenstrual dysphoric disorder (PMDD) and a short list of others.

And each form of depression can have different causes and treatments.

For example, SAD, which is triggered by changes in the season, may be treated with light therapy, psychotherapy, medication or vitamin D. For bipolar disorder, characterized by episodes of depression and mania, patients are usually encouraged to pursue mood-balancing medication and psychotherapy.

Has someone in your family suffered from depression? It's an important question to ask yourself.

Genes are another factor, although exactly which ones influence the risk for depression and how they do so has been difficult for researchers to identify.

“What’s thought to be the case is that some genetic mutations increase vulnerability to depression, while others increase resilience,” Drevets says. “It appears that some complex combination of these genetic mutations, along with interactive environmental factors, ultimately determines whether an individual develops the illness or not.”

Because genetic patterns are so complicated, Drevets says it’s still challenging to accurately predict how to define who will develop major depression. Nevertheless, identifying the vulnerability and resilience factors that can influence the risk for developing depression may lead to new treatments.

Major depression can lead to physical changes in the brain.

Although depression is a brain disorder, it also affects the body in tangible ways. In addition to sleep problems and fatigue, depression can cause changes in a person’s speech patterns, explains Greden, and many people have aches and pains in different areas of the body.

In fact, in a survey of adults with a mood disorder, about half reported experiencing chronic pain, according to results published this year in the Journal of Affective Disorders.

Depression can cause physical changes to the brain, too.

Studies have shown that the quality and volume of white matter that connects neurons and transports information was reduced in people who reported symptoms indicative of depression. It's also been found that some patients with depression have a smaller hippocampus—an area of the brain that plays a major role in learning and memory—compared to patients who had one or no episodes of depression.

We've seen that chronic, low-grade inflammation in the brain, which occurs in a subgroup of people with depression, can return to normal levels once the patient responds favorably to treatment with an antidepressant.

But with the right treatment, Greden says, some brain changes can be reversed.

"We've seen that chronic, low-grade inflammation in the brain, which occurs in a subgroup of people with depression, can return to normal levels once the patient responds favorably to treatment with an antidepressant," Drevets adds.

But not all depression is related to inflammation. There are other brain abnormalities that can play a role—like changes in the thickness of gray matter, where synapses are located—but that may also respond to medication.

"Although currently available antidepressants won't correct this abnormality, lithium, which is widely used as a mood stabilizer in bipolar disorder, is able to reverse these gray matter changes," Drevets explains. "Moreover, early research with experimental compounds that regulate glutamate pathways, which are linked to neurotransmitters, may restore synaptic health."

He adds that the effect of lithium appears to be related to its ability to change the gene expression of many types of neuroprotective factors in the brain that are thought to help restore synaptic connections, which presumably is related to its mood-stabilizing effect.

Depression is more common in women.

According to Greden, the risk of depression for boys and girls is almost identical, but after puberty, the risk for girls is about double that of boys.

Could this possibly mean hormones are to blame?

“We don’t know the answer to that, but it seems that when people reach puberty, biological changes place girls at greater risk for depression,” Greden says, adding that those increased odds persist until menopause. Some women who have clinical depressions are prone to have their worst episodes at premenstrual times, Greden notes.

Women are also more vulnerable to depression during and after pregnancy, says Drevets, who attributes it to fluctuations in estrogen and progesterone. "These hormones have a major effect on brain function," he notes.

"Janssen is actually studying perinatal depression, which is defined as depression during pregnancy and up to six months afterward, as part of our Disease Interception Accelerator program, which investigates how to identify and address root causes of certain diseases," Drevets says.

According to the World Health Organization, perinatal depression is a major health concern, with a prevalence of around 10 to 20%. Currently, Janssen researchers, in collaboration with the University of North Carolina, are trying to figure out who is most at risk of developing perinatal depression by looking at specific biomarkers and clinical features.

The hope: offer mothers solutions before they and their babies are affected.

Depression can increase the risk of developing other health issues.

Untreated depression has been linked to a number of additional health problems, like heart disease.

People who are depressed are two to three times more likely to develop cardiovascular disease than people who aren't, according to the National Heart, Lung, and Blood Institute.

“And once they have cardiovascular disease, they show an accelerated risk of dying of it than those who don't have depression,” Drevets adds.

One theory, explains Drevets, has to do with how depression creates an imbalance in the autonomic nervous system (which unconsciously regulates bodily functions) that makes you prone to heart rhythm disturbances, which can increase mortality risk.

Another has to do with inflammation. "Depression is associated with chronic, low-grade inflammation, which may contribute to an increased vulnerability for developing coronary artery disease," he says. "So some of the treatments we're researching focus on directly targeting primary immune mechanisms to reduce inflammation in patients with depression."

There are effective ways to help manage depression and its symptoms.

Many studies have shown that regular exercise can decrease depression symptoms, says Drevets. Aerobic exercise has been associated with the release of endorphins—the body’s own “feel-good” chemicals—as well as with a reduction in inflammation.

But, he adds, exercise on its own is unlikely to be sufficient in helping manage symptoms in someone who has severe or treatment-resistant depression.

Cognitive behavioral therapy (known as psychotherapy or talk therapy) is also effective, says Drevets, especially in cases where depression is mild or in the earlier stages.

Sometimes, though, depression requires antidepressant medications or a combination of treatments. “It’s more common to need medication as depression becomes more severe, chronic or recurrent in the course of the illness,” Drevets explains.

"Currently, Janssen is working to develop new treatments that act on different pathways in the brain for people who don’t respond to antidepressants," he says. Some 30% of the depressed population falls into this camp.

And that kind of work—finding solutions for people usually left behind—is helping to change the future of depression, hopefully creating a world in which fewer people suffer from the illness. 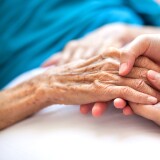 Another Key Area of Research For Us
Listen to how Johnson & Johnson is working to help fight Alzheimer's disease in this podcast.
Learn more 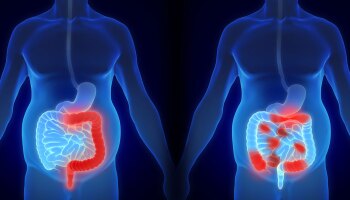 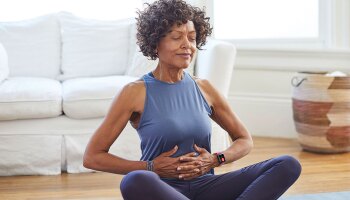