8 Simple Ways to Supercharge Your Employee Benefits (and Health!) in 2019

Share
Are you getting the most out of your employer perks? We talked to HR experts for their best tips on maximizing your total benefits portfolio this year.
By Kaitlin AhernJanuary 10, 2018
Today's Top Reads Close
T

he holidays have passed, the new year has started, your benefits elections have kicked in—which means you can finally give your brain a break from thinking about things like health insurance and financial planning, right?

January is actually a great time to double down and refocus your energies on how to truly maximize your elections in the new year.

With some thoughtful and fairly simply planning, you can supercharge your health and maybe even your bank account this year—especially since the IRS is increasing the 401(k) contribution limit in 2019.

So we spoke to benefits experts for tips on how to help you make the most of your health insurance, retirement planning, vacation time and more this year.

If it makes sense for your budget, consider tacking on another percentage point or two to your monthly 401(k) contribution this year.

As of January 1, 2019, the pretax contribution limit per individual increases from $18,500 to $19,000 per year. And while that may not seem like a lot, that extra money can compound over time to make a big difference in your retirement savings over the long term, says Garry Goldberg

For example, $500 in contributions per year over the course of 20 years, at an average return rate of 7%, would likely have you looking at an extra $20,000 in your 401(k) once you're ready to embark on your retirement.

Plus, that limit only applies to what you contribute as an individual—it doesn’t include any potential extra employer match.

Johnson & Johnson, for example, currently matches an employee’s 401(k) contributions at 75 cents to the dollar, up to 6% of someone's salary, says Goldberg. In this case, if you’re contributing less than 6%, you’re essentially leaving free money on the table. “The company’s match means you’re actually being rewarded for saving,” Goldberg says.

If you participate in a high-deductible insurance plan, you are eligible for a Health Savings Account (HSA), which allows you to funnel pretax dollars into an account reserved for covering health expenses—anything from doctor co-pays and hospital stays to glasses and acupuncture.

The IRS-monitored annual contribution limit for HSA accounts also increases in 2019: Individuals can now contribute $3,500 per year (a $50 increase from 2018), while those with a family health plan can stow away up to $7,000 (a $100 increase from last year).

“This is one benefit that is often underutilized and misused,” says Goldberg. “An HSA allows you to save money on a pretax basis. Once you reach age 65, you can use that money any time in the future on medical expenses; you’re never taxed on it. Plus, the account follows you should you change jobs—it’s tied to you, not your employer.”

It’s also an added way to save for retirement. “You can use the money for anything, but your first priority after retirement should be to use it for out-of-pocket medical expenses,” Goldberg says.

Plan your 2019 vacation time in advance.

Coordinate with your manager and plot out when you’ll take your vacation as early as possible in the year, suggests Richard McDonald

Plus, you'll likely reap some great health benefits: Taking time off work has been linked with stress reduction, heart disease prevention, better sleep and improved productivity once you return.

“Johnson & Johnson’s philosophy on this is simple: Everyone should take their vacation time,” McDonald says.

Schedule free preventive exams and services through your health insurance.

At Johnson & Johnson and many other companies, preventive health services—such as an annual checkup with your primary physician, an annual OB-GYN exam for women and an annual well visit for men—are covered at 100% if you see a participating provider from your health insurance plan, says McDonald.

12 Simple Tips for Making 2018 Your Healthiest Year Yet

Other annual freebies may include a flu shot and other immunizations, mammograms for women and colonoscopies for individuals in certain age categories.

Taking advantage of these services could just save your life: According to the U.S. Office of the Surgeon General, routine cardiovascular exams alone could save tens of thousands of lives each year. Plus, an estimated 42,000 deaths per year are prevented among children who receive the recommended childhood vaccines.

"And make sure to take advantage of your dental plan, too,” says McDonald. “Most companies provide at least one annual cleaning at no charge. Johnson & Johnson employees get two cleanings a year paid at 100%."

Cash in on your sweat equity.

If your New Year's resolution is to get in shape, you're in luck: Many companies offer a fitness reimbursement as part of their employee healthcare plan.

At Johnson & Johnson, U.S. staffers who work at a company location without an on-site fitness center can get reimbursed for a gym membership and/or the cost of fitness classes, up to $100 per quarter.

The catch? You have to actually go.

In most instances, to qualify for a company fitness reimbursement, you need to offer evidence of your gym visits, so set a quarterly reminder for yourself now to stop in at your gym's membership office and get a printout of your attendance.

“You’re basically getting paid to go to the gym,” McDonald says of this benefit. That's a win-win for your well-being and your wallet.

Maximize your time off with a new baby.

If you’re planning to welcome a little one this year, get to know all the time available to you for parental and family leave.

Under the federal Family and Medical Leave Act, all new mothers in the U.S. are entitled to at least 12 weeks unpaid leave when they welcome a new child via birth or adoption, as long as they’ve worked at their present company for 1,250 hours in a year or more. Four states also have publicly funded paid family leave, including California, Massachusetts, New Jersey and Rhode Island.

Many companies also go above and beyond these laws to offer parental leave packages for new parents. At its operating companies worldwide, Johnson & Johnson offers all employees—maternal, paternal, adoptive or surrogacy-assisted—eight weeks of paid leave that can be taken during the first year of a new child’s arrival into their family, McDonald says.

Up to 17 WeeksThe amount of paid time off new moms in the U.S. who have given birth can take at Johnson & Johnson

At Johnson & Johnson, mothers in the U.S. who have given birth can take up to 17 weeks of paid leave, including those eight weeks of parental leave, and up to a year of leave without pay.

Taking advantage of this benefit reaps rewards beyond just bonding time with a new baby: Studies have linked paid parental leave with everything from decreased infant mortality rates to a decrease in postpartum depression.

Save money by using a mail-order prescription service.

If you regularly take a prescription medication, you may be able to save time and money by ordering it through a service like Express Scripts Home Delivery Program, which provides a 90-day supply of certain prescription drugs to those enrolled in Johnson & Johnson-sponsored medical plans. Check to see if your employer or health plan partners with a similar home delivery service.

Do your homework before choosing a doctor or hospital.

Many health plans offer a way to learn more about the quality of care you can expect from a healthcare center, and even let you compare the cost of a particular service among different doctors. This allows you to make sure you're getting the best care for the best price, McDonald says.

By doing a little research through a service like Best Doctors, you can find a reliable local physician and get a second opinion on a diagnosis or treatment plan.

According to a Mayo Clinic study, the extra effort can be worth it: Some 88% of patients who seek a second opinion or diagnosis confirmation before treatment for a complex condition end up with a new or refined diagnosis that changes their care plan—and potentially their lives. 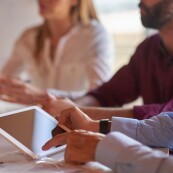