53
Cancer. Diabetes. Autoimmune diseases. They're the common illnesses we have a better chance at fighting, thanks to Dr. Cantley's pioneering work. Learn more about his "magic molecule" research.
By Hallie LevineSeptember 15, 2020
Today's Top Reads Close

Cancer and diabetes may seem like two very different diseases, but they have at least one thing in common: both are driven by the misregulation of phosphoinositide 3-kinase (PI3K), a key enzyme in the body that promotes cell growth and division.

PI3K was discovered in 1985 by Lewis Cantley, Ph.D., Meyer Director of the Sandra and Edward Meyer Cancer Center at Weill Cornell Medical College in New York City. Since then, his research has shown that the activation of this enzyme causes major changes in cellular metabolism that can rev up the growth of cancer cells.

His groundbreaking work has been used to create drugs that act as PI3K inhibitors, leading to treatments not only for cancer but also, potentially, localized overgrowth syndromes, which, like cancers, are frequently caused by activating mutations in the PI3K enzyme.

And as this year’s winner of the Dr. Paul Janssen Award for Biomedical Research, he’s committed to seeing even more therapies come to fruition.

Harnessing the Potential Powers of a "Magic Molecule"

Johnson & Johnson created the award in 2004 to honor Paul Janssen, Ph.D., the innovative founder of what is now called the Janssen Pharmaceutical Companies of Johnson & Johnson.

Each year, the award is given to the most passionate and creative scientist or scientists in basic or clinical research whose achievements have made, or have strong potential to make, a measurable impact on human health through the diagnosis, treatment or prevention of disease. It’s part of Johnson & Johnson’s Champions of Science initiative to fuel public engagement, support and trust in science.

One of his landmark discoveries was that a patient’s diet may affect how effectively cancer treatment may work.

When P13K is overactivated, it can cause cancer, and when it’s underactivated, it can lead to chronic medical conditions, such as type 2 diabetes and obesity. Every day we gain more knowledge about potential therapies that might be able to harness PI3K’s power to treat disease.

“About a decade ago, we noticed in our research that some cancer patients on PI3K inhibitors developed excessively high levels of blood sugar as a side effect,” he recalls. “Some doctors, in an effort to curb this, gave them insulin injections, which reactivated the PI3K in their tumor and caused their cancer cells to grow uncontrollably.”

But a study conducted by Dr. Cantley and published in the journal Nature found that going on a very low-carbohydrate, high-fat diet, known as the ketogenic diet, appears to keep blood glucose levels and insulin levels down—and allows the drugs to work. His lab is now researching whether combining an FDA-approved PI3K inhibitor with a ketogenic diet might improve outcomes for certain cancer patients.

Mitochondrial Geneticist Douglas Wallace Receives the 2017 Dr. Paul Janssen Award for Biomedical Research
Share
Did you like reading this story? Click the heart to show your love. 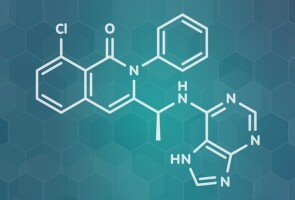 Dr. Cantley's work has led to the discovery of drug molecules like this one, which inhibits PI3K to help treat cancer

“We know that PI3K is, in essence, a magic molecule—it instructs individual cells to open up and let glucose in, where it’s converted into fats, proteins and amino acids that allow cells to grow,” he explains. “But what’s so exciting is that we’re still dotting our i’s and crossing our t’s when it comes to figuring out the complexity of how this all works. We’ve learned that when P13K is overactivated, it can cause cancer, and when it’s underactivated, it can lead to chronic medical conditions, such as type 2 diabetes and obesity. Every day we gain more knowledge about potential therapies that might be able to harness PI3K’s power to help treat disease.”

Joining the Satellite of Other Star Scientists

Dr. Cantley joins 18 other researchers who've received the award to date, including three who were ultimately awarded a Nobel Prize: Craig Mello, Ph.D., who won in 2006 for his work on RNA interference (RNAi), a mechanism that regulates gene activity; Yoshinori Ohsumi, Ph.D., who received the award in 2016 for his study of autophagy, a process that cells use for maintenance, repair and generation of energy; and James Allison, Ph.D., who was honored in 2018 for his discovery of a new way to recruit the immune system to attack solid tumor cancers.

Dr. Cantley will receive a $200,000 cash prize to further his work, as well as a sculpture with an inspirational inscription of "What's New?" It's a nod to the question Dr. Paul, as he was affectionately known, asked daily in his lab to encourage his colleagues to seek new ways to help patients and inspire the next big health breakthroughs.

“It’s a tremendous honor—all of the previous awardees are scientists that I’ve admired my entire life,” Dr. Cantley says. “It still amazes me that a surprise discovery I made 35 years ago still drives potentially lifesaving drug research, including cancer research, today.” 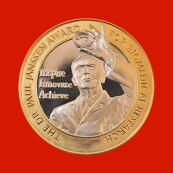