That's So Presidential! 4 of Johnson & Johnson’s Most Memorable Moments with Heads of State

122
In honor of Presidents' Day, the company's chief historian shares some stories of special company connections to former U.S. presidents, including the day one leader awarded Johnson & Johnson with a medal for a century's worth of innovation.
By Darren FreiFebruary 10, 2020
Today's Top Reads Close
J

ohnson & Johnson wasn't yet founded when George Washington, whose February birthday inspired the holiday that's now commonly known as Presidents' Day, was at the helm of the White House.

But since 1886, when the Johnson brothers started their eponymous healthcare company, a number of 20th- and 21st-century U.S. presidents have crossed paths with Johnson & Johnson in unique ways.

In homage to the holiday, we asked Margaret Gurowitz 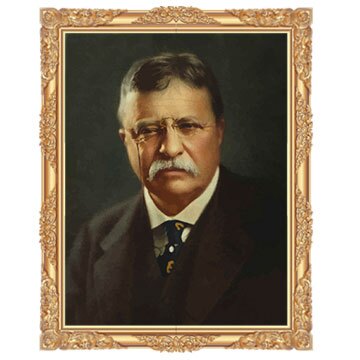 In 1907, a group of female employees at Johnson & Johnson started The Laurel Club, an organization dedicated to education, social interaction and community service.

“This is the first example that we have of employees volunteering in the local community,” Gurowitz says. “Giving back to the community was part of the Laurel Club charter.”

One year later, five members of The Laurel Club were chosen as delegates to attend a Washington, D.C., convention of employee women’s clubs that included a White House reception hosted by President Theodore Roosevelt. Edith Von Kuster, the first female scientist hired by Johnson & Johnson, was among the delegates.

“Roosevelt greeted all of the delegation members at a reception in the East Room of the White House,” Gurowitz says. “At the very least, they would have gotten to shake his hand.”

Five years later, President Roosevelt connected with Johnson & Johnson employees again. During his 1912 campaign for reelection, he made a stop in New Brunswick, New Jersey, where the company's headquarters are located, to give a talk on women’s suffrage. 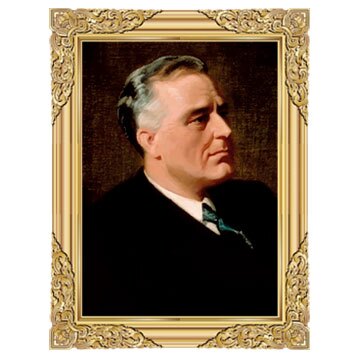 In 1933, Robert Wood Johnson, the son of one of Johnson & Johnson’s original founders, sent President Franklin Delano Roosevelt a letter outlining his ideas for helping to lift the United States out of the Great Depression.

“Those two ideas did become part of Roosevelt’s New Deal,” Gurowitz says. “Of course, we don't officially know whether that was because Johnson wrote a letter or simply because the Roosevelt administration was thinking along the same lines.”

But Johnson must have made a lasting impression, because during World War II, President Roosevelt appointed him as head of the Smaller War Plants Corporation, a government agency designed to help mobilize smaller and midsized businesses to produce products for the war effort.

“That position came with the rank of a one-star brigadier general, which gave Johnson his title of General Robert Wood Johnson—and that stuck with him for the rest of his career,” Gurowitz says.

President Bill Clinton presented Johnson & Johnson with the National Medal of Technology 'for a century of continuous innovation in research, development and commercialization of products that are critical in the management of disease, improvement of quality of life, reduction of healthcare costs and fostering of U.S. global competitiveness.' 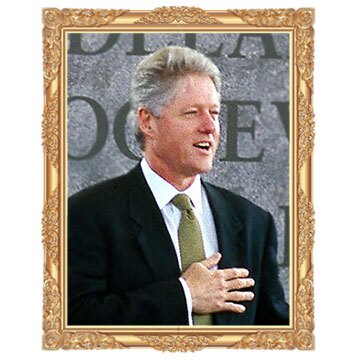 In 1996, President Bill Clinton presented Johnson & Johnson with the National Medal of Technology “for a century of continuous innovation in research, development and commercialization of products that are critical in the management of disease, improvement of quality of life, reduction of healthcare costs and fostering of U.S. global competitiveness.”

James Burke: The Johnson & Johnson CEO Who Earned a Presidential Medal of Freedom

The organization is dedicated to transforming the way the nation addresses addiction, and Burke helped make its national public service media campaign the largest in U.S. history by engaging thousands of business, media and communications professionals to create research-based messages that encouraged the public to change their attitudes and assumptions about drug use. Thanks to Burke's work with the cause, one-third fewer Americans used illegal drugs—a trend that continues to this day. 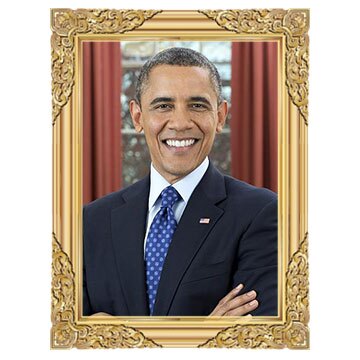 Courtesy of the Library of Congress, LC-DIG-ppbd- 00603

In 2014, several Johnson & Johnson employees enjoyed lunch with President Barack Obama during the White House Summit on Working Families, a gathering of companies designed to explore ways to address the needs of working families in a changing economy.

Aligned with the mission of this working group, Johnson & Johnson unveiled a new upgrade to its parental leave policy in 2015: eight weeks of paid leave during the first year of a birth or adoption.

"These stories illustrate some of the many U.S. presidents Johnson & Johnson has connected with over the course of the 20th and 21st centuries," Gurowitz says. "And these historical moments reflect the fact that Johnson & Johnson’s history doesn’t just exist in isolation; it’s intertwined with the world’s broader global history too.”