Share
In honor of Labor Day, we’re taking a look back at how the company has championed fair pay, work/life balance and groundbreaking health benefits for its workers throughout its over-130-year history.
By Kaitlin AhernSeptember 03, 2017
Today's Top Reads Close
S

ince its founding in 1886, Johnson & Johnson has built a legacy of putting employees first, whether it's supporting service members as they return from deployment or creating company benefits designed to help employees build their families.

We take a look back at the policies that have made the company a pro-employee trailblazer for more than a century.

In the early 1900s, before comprehensive worker safety regulations were de rigueur, Johnson & Johnson began training employees in first aid and formed a First Aid Staff under the direction of Fred Kilmer, the company’s Scientific Director. The staff’s mission: serve as an emergency response team when an employee became sick or injured on the job.

The company even hired a French chef who prepared a different kind of hearty soup each night. According to the New Brunswick Times, the fish soup was a favorite.

Advocating for Better Wages During the Great Depression

General Robert Wood Johnson, son of the company’s founder, became president of Johnson & Johnson in 1932. Before Franklin Delano Roosevelt took office as president of the United States the following year, Johnson wrote him a letter outlining a four-point proposal he believed would help lift the country out of the Great Depression.

In it, Johnson argued that work weeks should last no longer than 30 to 40 hours each, so that more people could be employed; the U.S. unemployment rate was a staggering 25% at the time. In additional letters, he suggested that national wages should be increased by 10% so that employees could purchase more.

Johnson’s progressive ideas were not popular, but he continued to lobby his views, and even appealed to Congress and the U.S. Chamber of Commerce. Although his proposal was never adopted by the U.S. government, Johnson decided to lead by example and offered a 5% wage increase to all Johnson & Johnson employees in 1933.

Drafted by General Robert Wood Johnson in 1943—just before the company went public in 1944—Our Credo is one of the earliest corporate social responsibility statements of its kind.

Anatomy of an IPO: The Story of How Johnson & Johnson Went Public

Its four tenets guide the company’s business practices to this day by establishing its core responsibilities: to the doctors, nurses, patients and consumers who use its products; to the larger community; to its stockholders—and, of course, to its employees. Our Credo promises that employees must feel secure in their jobs, receive fair compensation, and have equal opportunity for development and advancement, among other rights.

Currently, the New Brunswick center offers programs for infants, toddlers and preschoolers, as well as kindergarten prep and a comprehensive kindergarten program. The company has since also added centers to other sites worldwide, and offers employees discounts for childcare in at least six countries.

Johnson & Johnson’s legacy of supporting employees who serve in the military dates as far back as the Spanish-American War in 1898, when the company held positions for staff members and paid their salaries while they served.

In 2017, the company expanded its military leave policy to better support active National Guard and Reserve employees, who now receive 100% of their company pay, plus military pay, while activated for any reason—including training, overseas deployment or special assignments—for up to 24 consecutive months.

These employees are also granted paid time off to transition back to company work, as well as 12 visits per year with Employee Assistance Programs designed to help them with work-related and personal challenges when they return.

Johnson & Johnson's long history of expanding benefits to better cater to families began in 1944, when the company instituted a Maternity Leave of Absence policy allowing women employees to take a six-month maternity leave. While the leave was unpaid, it ensured employees would not lose seniority when they returned to work after having a child.

And in 2017, the company’s parental leave policy went global, which means a minimum of eight weeks of paid leave are available to new parents in every country where Johnson & Johnson has operating companies. 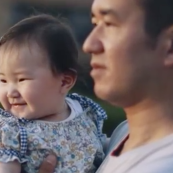