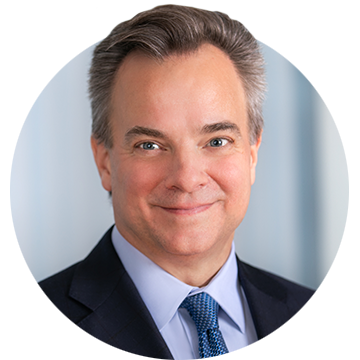 Dr. McClellan, age 58, became the inaugural Director of the Duke-Robert J. Margolis, MD, Center for Health Policy and the Margolis Professor of Business, Medicine and Policy at Duke University in January 2016. He is also a faculty member at Dell Medical School at The University of Texas in Austin. Previously, he served from 2007 to 2015 as a Senior Fellow in Economic Studies and as Director of the Initiatives on Value and Innovation in Health Care at the Brookings Institution. Dr. McClellan served as Administrator of the Centers for Medicare & Medicaid Services for the U.S. Department of Health and Human Services from 2004 to 2006 and as Commissioner of the U.S. Food and Drug Administration (FDA) from 2002 to 2004. He served as a Member of the President's Council of Economic Advisers and as Senior Director for Healthcare Policy at the White House from 2001 to 2002 and, during the Clinton administration, held the position of Deputy Assistant Secretary for Economic Policy for the Department of the Treasury. Dr. McClellan previously served as an Associate Professor of Economics and Medicine with tenure at Stanford University, where he also directed the Program on Health Outcomes Research. Dr. McClellan is the founding Chair and Senior Advisor to the Board of the Reagan-Udall Foundation, is a Member of the National Academy of Medicine and the Academy's Leadership Consortium for Value and Science-Driven Health Care, and Co-Chairs the Guiding Committee of the Health Care Payment Learning and Action Network. He sits on the Boards of Directors of ResearchAmerica!, Long Term Quality Alliance, National Alliance for Hispanic Health, PrognomIQ, Inc. and United States of Care.