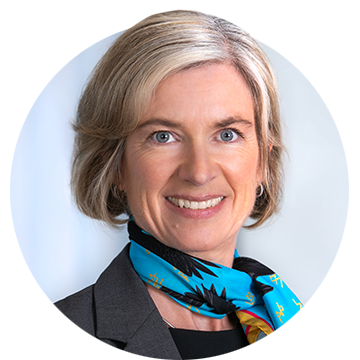 As a pioneer in the field of biochemistry, having co-discovered the simplified genome editing technique Crispr-Cas9, and with her vast academic experience and her steadfast concern for ethics in science, Dr. Doudna brings a global, ethical and scientific perspective to our Board.

Dr. Doudna, age 55, joined the faculty at University of California, Berkeley, as a Professor of Biochemistry & Molecular Biology in 2002. She directs the Innovative Genomics Institute, a joint UC Berkeley-UC San Francisco center, holds the Li Ka Shing Chancellor's Professorship in Biomedicine and Health, and is the chair of the Chancellor's Advisory Committee on Biology at UC Berkeley. Dr. Doudna is Principal Investigator at the Doudna Lab at UC Berkeley and has founded and serves on the scientific advisory boards of Caribou Biosciences, Inc. and Intellia Therapeutics, Inc., both leading CRISPR genome engineering companies. She has been an Investigator with the Howard Hughes Medical Institute since 1997. Dr. Doudna is the recipient of numerous scientific awards in biochemistry and genetics, including: the Alan T. Waterman Award (2000); the Eli Lilly Award in Biological Chemistry of the American Chemical Society (2001); a co-recipient of the Breakthrough Prize in Life Sciences (2015); a co-recipient of the Gruber Prize in Genetics (2015); a co-recipient of the Canada Gairdner International Award (2016); the Heineken Prize for Biochemistry and Biophysics (2016); the Tang Prize (2016); the Japan Prize (2017); and the Albany Medical Center Prize (2017). Dr. Doudna was elected to the National Academy of Sciences (2002); the American Academy of Arts and Sciences (2003); the National Academy of Medicine (2010); the National Academy of Inventors (2014); and as a Foreign Member of the Royal Society (2016). Dr. Doudna is a Trustee for Pomona College.

Other Public Company Board Service: None