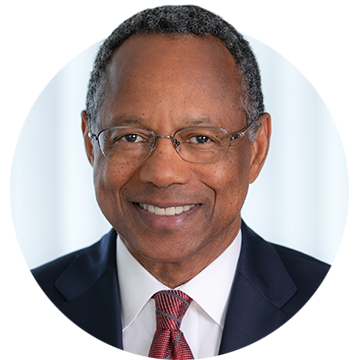 Dr. Washington, age 71, is Duke University's Chancellor for Health Affairs and the President and Chief Executive Officer of the Duke University Health System. Previously, he was Vice Chancellor of Health Sciences, Dean of the David Geffen School of Medicine at UCLA; Chief Executive Officer of the UCLA Health System; and Distinguished Professor of Gynecology and Health Policy at UCLA. Prior to UCLA, he served as Executive Vice Chancellor and Provost at the University of California, San Francisco (UCSF) from 2004 to 2010. Dr. Washington co-founded UCSF's Medical Effectiveness Research Center for Diverse Populations in 1993 and served as Director until 2005. He was Chair of the Department of Obstetrics, Gynecology, and Reproductive Sciences at UCSF from 1996 to 2004. Dr. Washington also co-founded the UCSF-Stanford Evidence-based Practice Center and served as its first Director from 1997 to 2002. Prior to UCSF, Dr. Washington worked at the Centers for Disease Control and Prevention. Dr. Washington was elected to the National Academy of Sciences' Institute of Medicine in 1997, where he served on its governing Council. He was founding Chair of the Board of Governors of the Patient-Centered Outcomes Research Institute, served as a member of the Scientific Management Review Board for the NIH, and also served as Chairman of the Board of Directors of both the California Healthcare Foundation and The California Wellness Foundation. Dr. Washington serves on the Boards of Directors of the Kaiser Foundation Hospitals and Kaiser Foundation Health Plan, Inc.