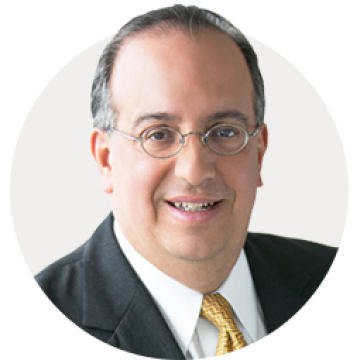 Dominic J. Caruso is Executive Vice President and Chief Financial Officer of Johnson & Johnson. Dominic serves as a member of the Company’s Executive Committee and has responsibility for financial and investor relations activities, as well as the Company’s procurement organization. He assumed his current position in January 2007.

Under Dominic’s stewardship, Johnson & Johnson has strengthened and built upon its position as the world’s largest and most diversified health care company. Through organic growth and acquisitions, Dominic has driven Johnson & Johnson’s growth and capital allocation strategies to significantly outpace its competitors. During Dominic’s 10-year tenure as CFO, Johnson & Johnson’s share price has appreciated over 90%. The company continues to have consecutive years of earnings and dividend increases and remains one of two companies in the world with a AAA credit rating, a rating reserved for those companies with the utmost financial strength and discipline in meeting all financial obligations.

Dominic is actively involved in government relations activities both in the United States and other countries, and as the Co-Chair of the U.S. Chamber of Commerce Global Initiative on Health and the Economy. He is also a frequent speaker and has authored book chapters regarding financial principles in several publications, including The Business of Ethics.

Dominic joined Johnson & Johnson in October 1999 as Chief Financial Officer for Centocor, Inc., upon the completion of the merger of Centocor and Johnson & Johnson. Prior to joining Centocor, he had varied industry experiences with the audit and tax services firm KPMG. During his first seven years at Johnson & Johnson, Dominic held various CFO positions across multiple areas of the business.

Dominic graduated from Drexel University with a Bachelor of Science in Business Administration. He currently serves on the Board of Trustees of The Children’s Hospital of Philadelphia and the Cystic Fibrosis Foundation. 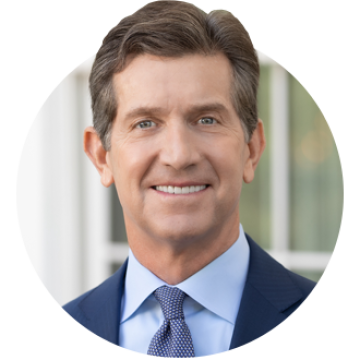