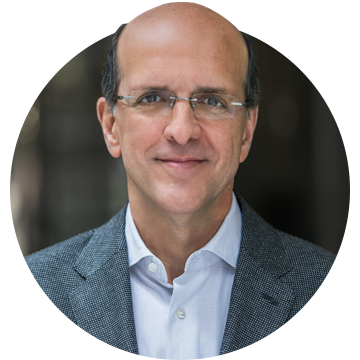 Jorge joined Johnson & Johnson from Procter & Gamble (P&G) in 2014. In his most recent position as Group President, New Business Creation and Innovation, Jorge redesigned the company’s business development organization, and worked across the corporation with technology, marketing and finance leaders to develop groundbreaking innovation capabilities. His diverse experience included leading major global business units in the Home Care and Fabric Care categories and was recognized for the reinvention of major brands such as Tide, Swiffer, Febreze, Downy and others. He is known for driving innovation and has led large, complex supply chain organizations. Jorge spent his first 15 years at P&G working in various capacities across Latin America including roles in Oral Care and Beauty.

Over the years, Jorge has served on several professional and community boards including the Cincinnati Opera Association Board of Trustees. He currently serves on the board of CADCA – dedicated to representing those working to make their communities safe, healthy and drug-free and the Mondelez Board of Directors, a position he has held since 2012.

A citizen of the world, Jorge was born and raised in Mozambique, Africa of Portuguese descent. He’s lived and worked in several countries including Venezuela, Mexico, Brazil and the United States. Spending more than 40% of his time abroad in his global leadership roles, Jorge speaks Portuguese, Spanish and English fluently.

Jorge earned a Bachelor of Science in Chemical Engineering from the Florida Institute of Technology. He lives in New York City with his family.