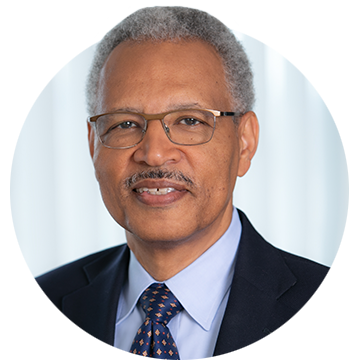 Mr. Williams, age 71, served as Chairman and Chief Executive Officer of Aetna Inc. (managed care and health insurance) from 2006 to 2010 and as Chairman from 2010 until his retirement in April 2011. Previously, Mr. Williams served on President Barack Obama's Management Advisory Board from 2011 to 2017, as Chairman of the Council for Affordable Quality Healthcare from 2007 to 2010, as Vice Chairman of The Business Council from 2008 to 2010 and on the Board of MIT Corporation until July 2019. He is an advisor to the private equity firm Clayton, Dubilier & Rice, LLC. In addition, Mr. Williams serves on the Boards of Directors of Peterson Institute for International Economics, the NAF (formerly National Academy Foundation) and the President's Circle of the National Academics, the Advisory Board of Peterson Center on Healthcare and is Chairman of the Board of Trustees of The Conference Board.