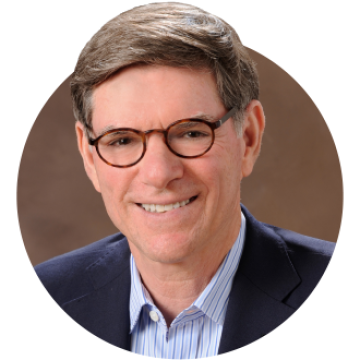 William N. (Bill) Hait is Executive Vice President, Chief External Innovation and Medical Safety Officer, as well as Interim Head of Janssen R&D.  He is a member of the Johnson & Johnson Executive Committee.

In this role, Bill is responsible for leading external sourcing and creation of transformational innovation to help Johnson & Johnson achieve its mission to improve human health. He also oversees the Research and Development Management Committee that focuses on meeting its obligations around product safety and ethical research, aligned with Our Credo, as well as talent development and best-practice sharing within the Company’s R&D community.

As Interim Head of Janssen R&D, Bill’s mission is to focus the best research and development teams in the world at the intersection of unmet medical need and breakthroughs in science and technology to make medicines with benefit for patients worldwide. His team works across a wide range of therapeutic areas and biologiocal pathwas to deliver that impact, including: Oncology, Cardiovascular, Metablic and Retinal Disease, Pulmonary Hypertension, Immunology, Neuroscience and Infectious Disease and Vaccines.

Prior to this role, Bill served as Global Head, Johnson & Johnson External Innovation, where he built an enterprise-wide external R&D pipeline, creating innovative solutions utilizing the Company’s excellence in pharmaceuticals, medical devices, and consumer products. His team identified disruptive technologies and cutting-edge early innovations in disease areas of emphasis at Johnson & Johnson to eliminate disease through prevention, interception, and cures.

Bill joined Johnson & Johnson in 2007 and served as Global Therapeutic Area Head for Oncology from 2009 to 2011, and then as Global Head, Janssen Research & Development, from 2011 through 2018.  Under his leadership, the company launched more than 20 new products and numerous line extensions, transforming the lives of millions of people around the world.

Before joining Johnson & Johnson, he was the founding Director of the (Rutgers) Cancer Institute of New Jersey. From 1993 to 2007 he was Professor of Medicine and Pharmacology and Associate Dean for Oncology Programs at the University of Medicine and Dentistry of New Jersey -- Robert Wood Johnson Medical School.

He devoted time to numerous advisory and editorial boards and served in a range of scientific functions and committees including the Board of the American Association for Cancer Research and the Board of Scientific Advisors of the National Cancer Institute. He is currently a member of the Rutgers Cancer Institute of New Jersey Director's Advisory Board, Board of External Advisors for the Dana Farber/Harvard Cancer Center, the Stand Up to Cancer Scientific Advisory Board, the Board of Directors of Research! America, Vanderbilt University Biomedical Science Advisory Board, and the National Academy of Medicine’s President’s Advisory Council on Healthy Longevity. Within Johnson & Johnson, Bill is Executive Sponsor of the Johnson & Johnson R&D Fellows Program, The Johnson Medal Awards program for R&D excellence and the Assosciation of Middle East and North African Diversiry Leadership & Inclusion (AMENA) Employee Resource Group.

Bill published more than 150 peer-reviewed manuscripts and received numerous awards and honors, including the Burroughs Welcome Award in Clinical Pharmacology and election to the American Society of Clinical Investigation. In addition, he was elected President of the American Association for Cancer Research (2007–2008) and Treasurer (2009-present), and in 2013 he was elected as a Fellow of the AACR Academy.