The X Factor: How Johnson & Johnson Has Helped Ignite the Power of Women Since 1886

Share
We’re taking a look at some of the ways the company has shown its commitment to women—from industry-leading employee benefits to life-changing innovations.
By Johnson & Johnson
Today's Top Reads Close

That’s the year Johnson & Johnson hired its first female scientist—no small feat during an era when less than 3% of women attended college.

Then again, this is hardly surprising for a company whose first 14 employees included eight women—and whose workforce today is nearly 50% female. In fact, Johnson & Johnson's diversity and inclusion programs helped it claim the #2 spot on the Thomson Reuters Diversity & Inclusion Index in 2017.

Gender Fair—an organization that rates companies on their fairness practices for leadership, employee policies, advertising and philanthropy—also certified Johnson & Johnson as being Gender Fair in 2018. The company ranked in the 93rd percentile of companies assessed for eligibility—and was named the top-ranking over-the-counter/pharmaceutical company with the certification. Only 16% of analyzed Fortune 500 companies meet certification standards.

Here are some key facts and figures that show how Johnson & Johnson has worked to advance and celebrate women both inside and outside the company for over 130 years. 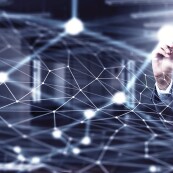 Empowering Women: A Johnson & Johnson Mission
Read about more ways the company is invested in supporting women as they work to help change the trajectory of health for humanity.
Learn more